The Bucks County cop got a police escort home from Saint Mary's Medical Center on Thursday evening, one day after a suspect shot Chief Joseph Kelly in the hand and ear during a standoff.

Yardley Borough Police Chief Joseph Kelly got a hero's escort home from the hospital on Thursday evening, one day after he was shot during a standoff with a suspect in the Bucks County, Pennsylvania, town.

Kelly could be seen with a bandage covering his left hand as he got into a vehicle outside Saint Mary's Medical Center in Langhorne and drove home shortly before 6 p.m. He is expected to make a full recovery after suffering wounds to his hand and ear.

The suspect accused of shooting Kelly Wednesday afternoon at the Yardley Commons apartment complex has been charged with attempted murder.

Colin Petroziello, 24, also faces aggravated assault and related charges stemming from Wednesday's incident at the Yardley Commons complex. He was arraigned Wednesday night and ordered held without bail, and it wasn't known Thursday if he's retained an attorney. 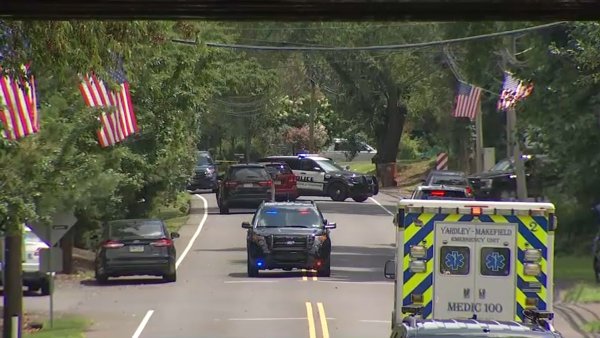 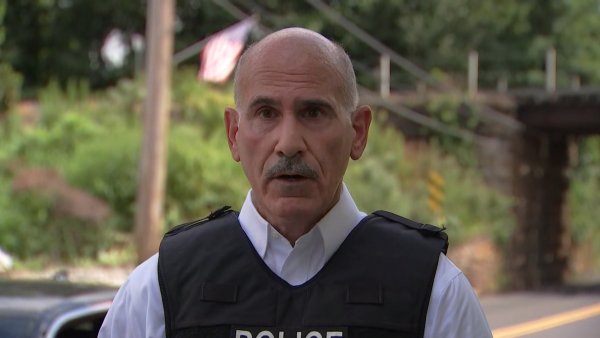 Kelly was shot while assisting a probation officer who had gone to the complex to check on Petroziello. The probation officer had heard doors slamming and arguing inside the unit where Petroziello and his mother live, and she called Yardley police to report the domestic disturbance.

Kelly arrived at the home a short time later, and he told investigators he looked through a window on the door and saw Petroziello lying on the top of the steps with a shotgun aimed at him and the probation officer. Petroziello then allegedly fired the shotgun through the front door, wounding Kelly.

Petroziello barricaded himself in the apartment, and SWAT team members soon arrived. Authorities soon learned that Petroziello’s mother was inside the home with him, and she told them he was armed with a shotgun. About 90 minutes later, she told officers her son was asleep on the floor, and she tossed the shotgun out of a window and safely escaped through the same window.

Petroziello remained in the unit for about three hours before officiers forced their way in and arrested him. He was not injured in the incident.