Former Philadelphia sportscaster Don Tollefson was found guilty on all counts in his fraud trial on Wednesday.

Tollefson, 62, was accused of stealing more than $340,000 from sports fans through fundraisers for his charity Winning Ways. Prosecutors said he sold sports-themed excursions and experiences to more than 200 people and never delivered.

The former sportscaster said he didn't defraud people and was simply bad with managing money.

Jurors didn't agree with Tollefson, known by many as "Tolly," as they delivered guilty verdicts on all five counts he was charged with at the Bucks County Courthouse in Doylestown, Pennsylvania just before 2 p.m. They deliberated for two days. 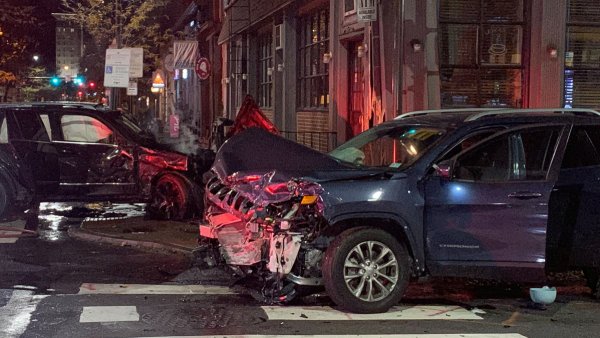 Tollefson originally pleaded guilty in the case, but later changed his mind and decided to go to trial. He represented himself in the case, with the help of a legal adviser.

During trial, Tollefson exhibited bizarre behavior, was repeatedly laughed at and had to be advised by the judge. A recess had to be called last week when Tollefson's blood sugar ran too high and he needed to be hospitalized.

Prosecutor Matthew Weintraub said Tollefson had a history of drug and alcohol abuse and used the fundraising funds to fuel his addiction. He also spent cash on lawn and dental care and pet cloning, according to the prosecutor.

"I believe that I intended to fulfill all of my obligations with my charity and I believe that it was just a combination of bad business in general, bad money management in particular and sometimes being overly ambitious with our programs," he told reporters during a trial recess.

Closing arguments came Tuesday and the jury ended deliberations later that night without a verdict.

Tollefson will be sentenced at a later date.