US Coronavirus Aid to Pa. Draws GOP Warning to Use It for 1-Time Costs

Pennsylvania's state government is expected to receive more than $7 billion from the $1.9 trillion COVID-19 rescue package making its way through Congress, or almost one-fifth of its operating costs this year, with some warning that the one-time aid should be used only for one-time costs.

Many across state government were still trying to determine Tuesday exactly what sort of restrictions are on the money and suggested that they may not know for certain for days after the bill is signed into law.

The estimated $7.3 billion coming to Pennsylvania state government dwarfs the roughly $2.5 billion deficit projected for state government next year by the Independent Fiscal Office, a legislative agency. Rising demand for long-term nursing care for a growing number of elderly residents is a key cost driver.

“We are eagerly awaiting final passage of this relief package that will provide desperately needed aid for families, businesses, and communities in Pennsylvania,” Gov. Tom Wolf's office said in a statement. “Following passage, the federal government will provide states with guidance as to how the funding can be used.”

Every Republican member of Congress from Pennsylvania has opposed the relief package, while the state's Democratic delegation supported it.

Rep. Jesse Topper, R-Fulton, the vice chair of the state House Appropriations Committee, said many Republicans feel that the estimated $7.3 billion should not be used to pay for recurring operating costs in a way that will create a funding cliff in the future, Topper said. 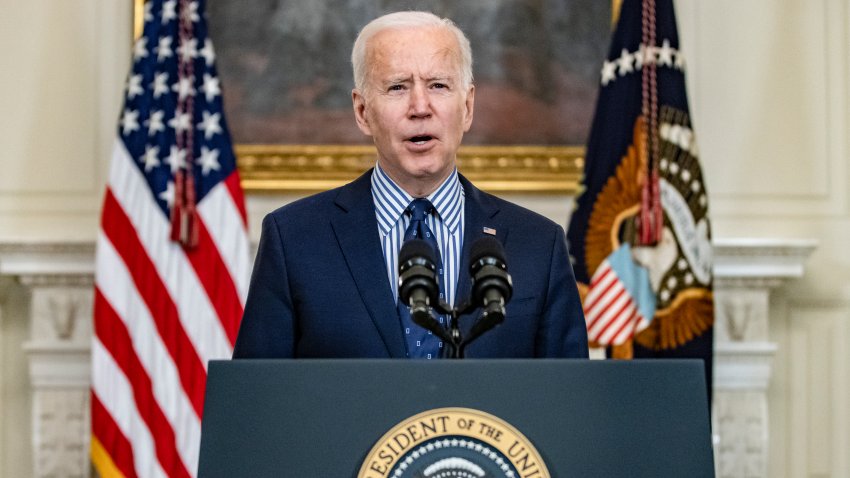 Biden Won't Put His Name on Relief Checks, Unlike Trump 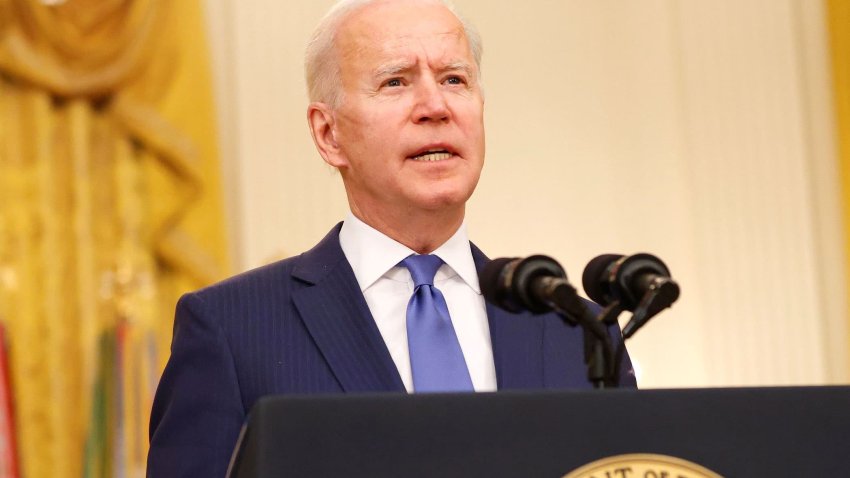 Wolf, a Democrat, has proposed wiping out the deficit and boosting public school aid by $1.3 billion — about 20% — by increasing the state's personal income tax rate, but restructuring the tax so lower-income households see a tax cut and the burden falls on households earning $84,000 or more.

Rep. Matt Bradford, D-Montgomery, the ranking Democratic on the House Appropriations Committee, said Wolf should continue to press his public school-funding proposal, given the longstanding inequities in the state's school-funding system and the disproportionate effect of the pandemic on minorities and the poor.

“It’s been made apparent by the pandemic and it’s been known for a long time that the way we fund schools is atrocious and largely immoral in the commonwealth, and this is the chance with these funds and with the governor's budget blueprint to implement it in whole,” Bradford said.

Republican lawmakers have shown little to no interest in Wolf's fiscal plans.

If Republicans refuse to use federal aid to prop up the state's operations, then they need to explain how they will patch up the state's finances, Bradford said.

It wasn't immediately clear Tuesday if federal aid could be used to fill in the state's entire projected deficit.

Separately, about $5.7 billion in the bill will go to local governments in Pennsylvania, on top of billions of dollars that pandemic relief packages passed last year by Congress already sent to Pennsylvania for budget aid and pandemic recovery programs.

Sen. Bob Casey's office said the state and local government aid can be used to underwrite improvements to water, sewer and broadband infrastructure, and for recovery purposes, including assistance to households, businesses and nonprofits.

Costs have to be incurred by the end of 2024, Casey's office said.

The money can also be used to offer premium pay to essential workers, both public and private sector, or to maintain government services at pre-pandemic levels, Casey’s office said.

Casey's office said Pennsylvania is expected to get an additional $670 million in emergency assistance for renters and almost $1.3 billion in aid for public transit agencies, plus other sums.

Another nearly $15 billion is expected in direct payments to households, Casey’s office said.

The bill passed the Senate on Saturday and is scheduled for a House vote this week. President Joe Biden supports it.