Surveillance video shows a man carrying a little girl stealing a package of toys from in front of a Delaware County home.

First a UPS driver leaves the package, which came from the Caribbean, in front of a home on the 7000 block of Greenwood Avenue on Nov. 10.

Then, a man in a red jacket starts casing the house from a neighboring porch before eventually walking over. 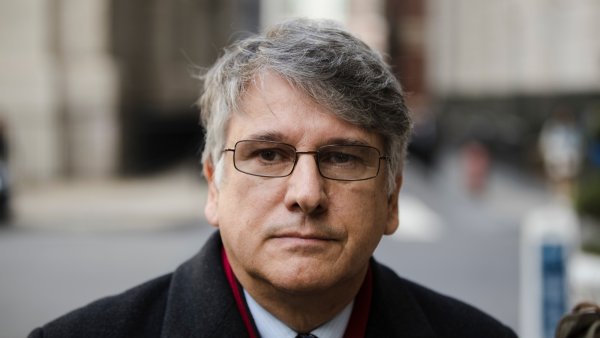 “With the baby in his arms, he looks around, reaches down and then picks up the box then walks off with the little baby and the box in his hands,” said Upper Darby Township Police Superintendent Michael Chitwood.

The box contained about one dozen Shark Attack toys intended to be sold online that were valued around $130, according to Chitwood.

“It kind of offends me that you would walk around with in baby in your hand, kind of as a cover, as you do your stealing and your robbing, said Chitwood.

Investigators said incidents like this seem to increase around the holiday season.

Upper Darby investigators asked that anyone who recognizes the man contact them at 610-734-3439.