The two men have not been identified. Police seized their SUV, which had stickers on it promoting the conspiracy theory QAnon

Two Virginia men are facing a gun charge and possibly more after police found them with guns and ammunition not far from where Philadelphia is completing its count of mail-in ballots.

Police arrested Joshua Macias and Antonio Lamotta in Center City Philadelphia late Thursday after receiving an FBI tip that they were making threats against the Pennsylvania Convention Center.

Police were told the men were coming up from Chesapeake, Virginia armed with AR-15s, and law enforcement set out to search for their vehicle.

They are now in custody and facing a third-degree charge of carrying a concealed firearm without a license, and a misdemeanor charge for carrying in public.

Two bicycle officers approached Macias and Lamotta, investigators said. Each man was carrying a firearm and another weapon was found in the vehicle, which they admitted belongs to them, police said.

A search revealed the men didn't have licenses to carry a firearm in Pennsylvania, so each man was arrested, police said.

Krasner said in a news conference the two are not known to be connected to any extremist groups and “we do not have indications that the story is bigger than these two individuals.”

Investigators are still reviewing the contents of the Hummer.

Macias and Lamotta will have a Friday evening arraignment on the charges, and the prosecutors will request they be held without bail.

Krasner said prosecutors would argue against bail because "this alarming incident is still very much under investigation regarding additional charges."

Two men were detained by Philadelphia Police after a tip about a threat toward the Pennsylvania Convention Center -- where votes are being counted -- led investigators to a Hummer with Virginia license plates. NBC10's Miguel Martinez-Valle reports.

Philadelphia has set up a massive vote-counting operation at the Convention Center, where mail-in ballots have been counted around the clock since Election Day. The count has drawn loud protests by supporters for both President Donald Trump and his challenger, former Vice President Joe Biden. 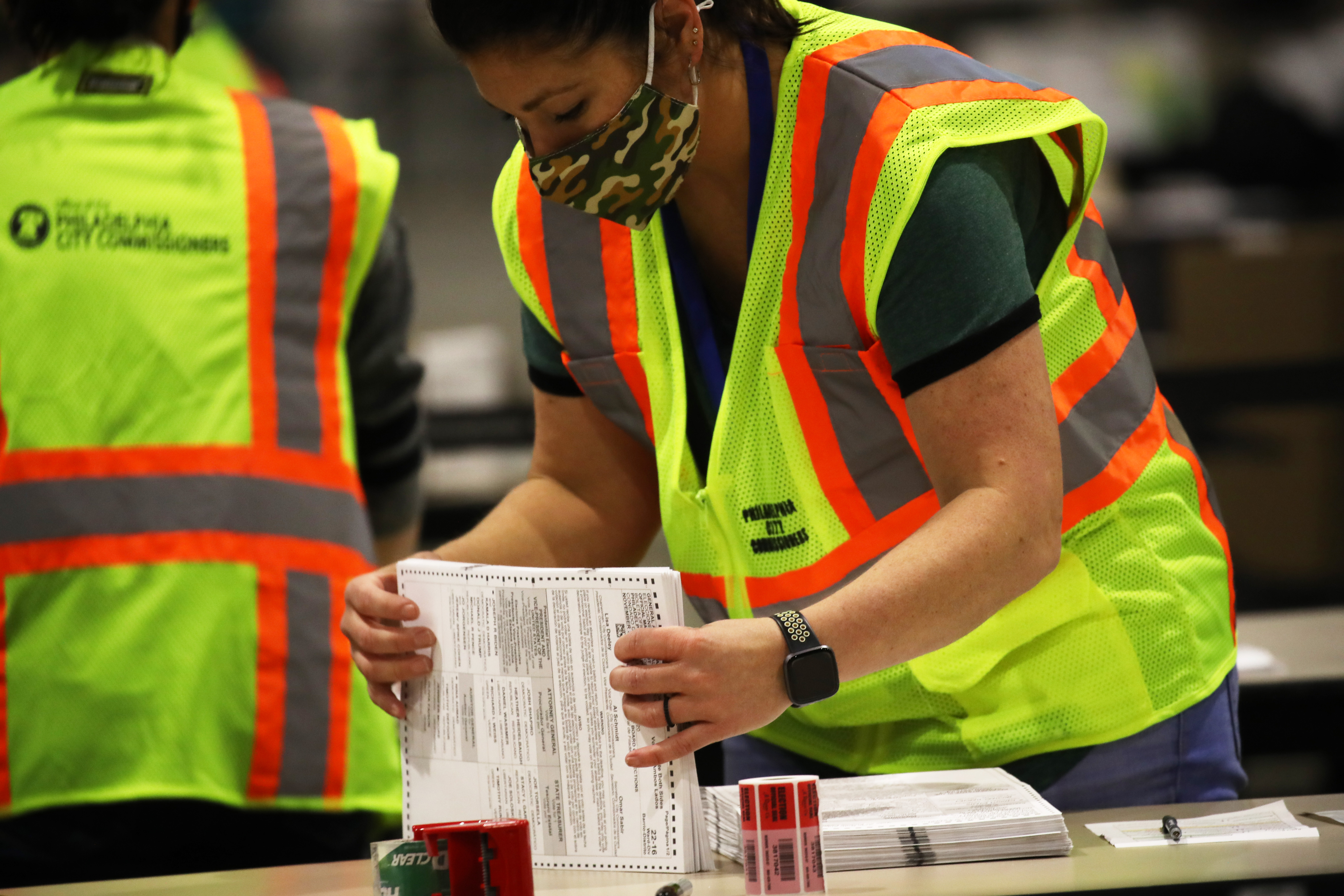