The Art and Science of a Good Frisbee Throw

What's a trip to the beach without a game of Frisbee? The Pulse recently checked in with experts in the game and in physics to learn the art and science of a good throw. And what better place to do that than in Wildwood, New Jersey, during what organizers describe as the largest beach Frisbee tournament in the world?

Off to the sidelines of teams competing in the sand four-on-four or five-on-five, depending on the division, Ian McClellan of the pro Frisbee team, the Philadelphia Spinners, tosses a disc to his coach, standing some 30 yards away. McClellan is considered one of the best throwers in his pro league, and despite strong winds and a bit of rain, the disc heads straight into his coach's hands.

"It is all in the snap," McClellan says, as he winds up for another throw. Joining him, per invitation from The Pulse, is Matthew Piccoli, a Ph.D. mechanical engineering student at the University of Pennsylvania.

"That was an awesome throw," says Piccoli, who spends most of his time designing flying robots in a lab. "I'm not that great at throwing, but I can talk about the physics." 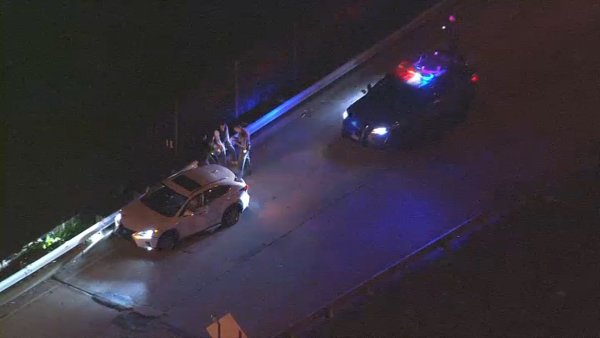 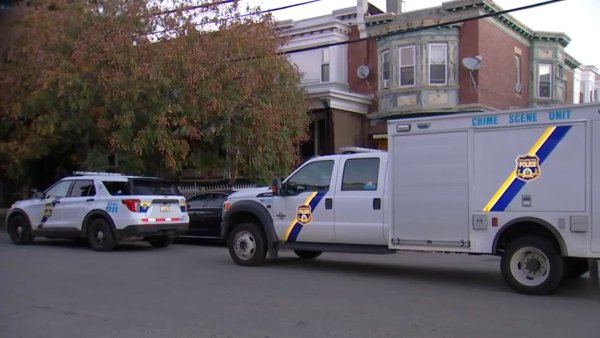 Piccoli says the magic of a Frisbee flying through the air starts with something all flying objects, like kites and airplanes, need to do: Generate lift.

"And that's why it stays in the air much longer than, say, if you just dropped a ball," he says.

So how does it lift? By pushing the air down, says Piccoli. In the case of a Frisbee, it pushes the air down as it moves forward. As a result, air pushes the frisbee back up and lifts it. This is a fundamental physics principle, that every action has an equal and opposite reaction.

But Piccoli says to generate a solid lift, the frisbee also must be released at a very slight upward angle. This is known as the angle of attack.

"Like a fan blade, it has a little angle to it. And that pushes the air downward as it's thrown," he says.

"I actually think that makes a lot of sense," McClellan chimes in, admitting that he'd never thought of the physics behind slightly tilting the disc."It becomes muscle memory when you practice over and over."

Another component to this lift has to do with differences in pressure above and below the disc. As it moves in the air, "the air can't get out of the way fast enough," says Piccoli. "It builds up on the bottom and likewise on the top .... The air lags behind and there's this decrease in pressure on the top. Both of those together pushes up on the Frisbee."

But now that the Frisbee has generated lift, it has to keep moving forward through the air, and in this case some strong ocean winds, to get to its target. For that to happen, the frisbee has to be stable.

Enter spin. The frisbee must be spinning quickly, says Piccoli, to give it that momentum and stability.

"That [spin] turns the Frisbee into a gyroscope and makes the Frisbee not want to change its direction," he says. "So the way you release the Frisbee is the way it's going to stay throughout the flight."

Frisbee mechanics: a flat arm and a good wrist snap

McClellan says the very first step to a good throw is having a strong grip on the disc.

"That's with the thumb on top and all four fingers curled around the rim," he explains. "Just grip it nice and tight. The tighter, the better, because that means you're going to get a lot of snap on it."

For a backhand, McClellan then positions his body, standing sideways, and prepares to throw the disc.

"Next you want to aim your body properly so that your feet and your shoulders point at the target," he says.

As he does this, he reaches back, curling or coiling the frisbee in with his wrist and arm. He then prepares to uncoil and release the disc in the same kind of snapping motion that one would whip a towel.

"And that is when you need to keep your arm flat," McClellan emphasizes. "The Frisbee should be released flat so it stays flat and, as Matthew said, lift the front just a little tiny bit so it flies a good distance."

Then, he says, snap your wrist at the end "and release to make sure you get a lot of spin."

McClellan says focus on form first — that flat arm and wrist snap — and worry about aim later. He winds up for another throw, gripping the disc with the thumb on top and all four finger tips wrapped under the lip of the disc.

"I'm going to curl my wrist, point my shoulders at the target, lean back and snap through, making sure I have maximum wrist snap right on that release to make sure I get lots of spin to make sure it stays straight. Here we go."

"He totally nailed the angle, put a lot of spin," Piccoli chimes in. "That helped it not change its direction as he threw it, and he put a lot of forward energy into the Frisbee. That made it go quite a ways, even upwind."

Piccoli says the design of a flying disc is important, too. The size, thickness and curve all matter for stability. McClellan says a person's size and even athletic ability, on the other hand, is not so important.

"I don't have big muscles but I can throw it far .... If you get the mechanics of precision down, of transferring your energy into a flat, highly spinning disk, it doesn't matter your build." McClellan says. "I see really big, strong guys come out here and say, 'I could throw it 100 yards!' And they can't. It's funny to watch it go 20 yards on their hardest throw, because they don't put any snap into it. They muscle it."

Piccoli adds that Frisbees are actually incredibly impressive and complicated to understand, but could knowing some of their basic physics help a person master the throw?

"Knowing the physics will tell you exactly the right way to do it," says Piccoli. "But you still have to get that muscle memory and learn the actual delivery verses the theory."

And that, he and McClellan agree, takes practice.

Learn more about this story at NewsWorks.org.