Suspect in Stolen SWAT Vehicle, Police Shootout Was on FBI Most Wanted List

An Upper Darby man wanted in a July shooting at a Baltimore Pike apartment complex is charged with attempted murder after a chaos-filled police chase Monday night that started in Pennsylvania and ended in New Jersey.

Arthur Disanto Jr. was on the FBI's Philadelphia Most Wanted list when police saw him crash a motorcycle in Southwest Philadelphia early Monday evening, after which he allegedly led police on a chase that spanned two states and ended with the suspect and a police officer shot.

The Upper Darby, Pennsylvania, man was wanted for allegedly shooting a woman inside her apartment July 3 during a fight over money, the woman told police at the time.

Weeks later, still on the run, Disanto reappeared in bizarre fashion. He crashed a motorcylcle in front of Philadelphia police officers early Monday night. After he crashed, he allegedly started shooting at the city cops, stole a SWAT vehicle and led police on a chaotic chase from Philadelphia to New Jersey that ended in a shootout.

A man accused of firing shots at police and stealing a SWAT vehicle has a lengthy criminal history. NBC10's Tim Furlong explains.

Disanto Jr., 41, is now in custody, a local South Jersey police officer is healing from a bullet wound, and attempted murder charges have been filed. The police officer is said to be home after a trip to the hospital.

The terror began about seven weeks before the Monday night mayhem, inside a Baltimore Pike apartment in Delaware County, Pennsylvania, where Disanto Jr. was staying with a woman who lived there.

According to the police complaint filed for the shooting in July, Disanto Jr. was a very violent man. He allegedly beat the woman, tasered her, then shot her with a 12-gauge shotgun before fleeing, according to the complaint.

Inside the apartment in Media Township, police found a bulletproof vest and the shotgun both with the words "F--- you UDPD" written on them, the complaint said. UDPD is an acronym for Upper Darby Police Department.

The suspect has a criminal history that dates back 20 years to his arrest and conviction for robbery, according to the Pennsylvania Department of Corrections. He also served time more recently for driving under the influence.

On Monday night, police said Disanto Jr. was wounded after being shot by officers after he drove into Deptford, New Jersey, ran to nearby Washington Township and had a scuffle with officers. The Gloucester County Prosecutor's Office said a police officer was also shot, but the wound was considering non-life threatening.

The wild series of events started in Delaware County Monday. Police spotted Disanto crashing a motorcycle along the 8400 block of Lindbergh Avenue in Philadelphia.

As police approached him, the man allegedly fired shots at the officers. He then got off the motorcycle and stole an unmarked police vehicle, a Chevrolet Tahoe, investigators said. He then drove off.

No officers were injured during then initial shooting.

Police told NBC10 the stolen vehicle had SWAT gear and two rifles inside.

Around 8 p.m., police found the vehicle on Sunrise and Pennsylvania avenues in Deptford, New Jersey. The suspect was not inside, however, and police commenced a search of the area. 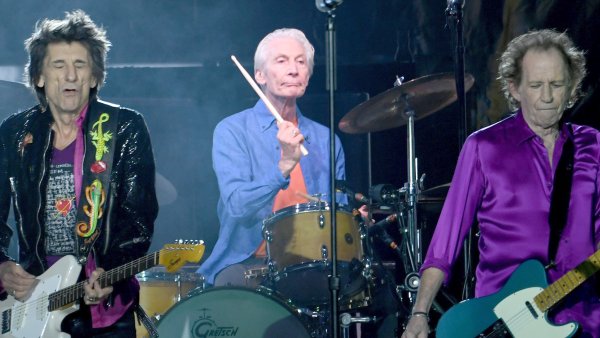 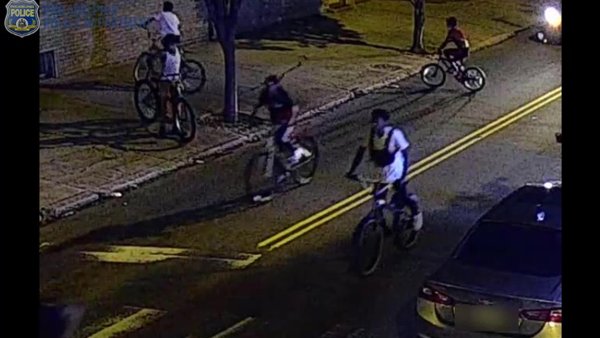 Police said the SWAT vehicle's back window was smashed but the two weapons were still inside. The SWAT gear was missing, however. Police also said Disanto may have been carrying his own weapon.

Several roads were blocked as police continued to search.

The crash and shooting occurred the same evening a police officer was grazed in the head when a gunman opened fire in North Philadelphia.

It is unclear if Disanto Jr. has an attorney yet. He is currently in custody in New Jersey.