The horse, which had been shot by another trooper prior to the ramming, was severely injured in the incident and euthanized at the scene, officials said

A Pennsylvania State Police trooper has been charged with animal cruelty for allegedly ramming his patrol car into a horse multiple times, authorities announced Tuesday.

The horse, which had been shot by another trooper prior to the ramming, was severely injured in the incident and euthanized at the scene, officials said.

Corporal Michael Perillo, 51, and another trooper were responding to a report of a loose horse on Route 1 in Lower Oxford Township shortly before midnight Dec. 28, 2021, the district attorney’s office said.

The report said the horse had been struck by a car and was in the shoulder of the roadway. When the troopers arrived, the horse began walking north in the southbound lane, the DA’s office said.

A trooper tried to capture the horse using a “makeshift rope” from jumper cables, authorities said, but it was unsuccessful. The horse continued to go towards an on-ramp to Route 10.

The trooper pulled onto the ramp and blocked the horse between two vehicles. But when the horse tried to escape again, Perillo bumped the animal in the leg with front bumper of the car, officials said.

The horse ran towards the patrol car where the other trooper was standing with the makeshift rope and a gun. The DA said the trooper fired five times at the horse, hitting it at least once in the rib cage. 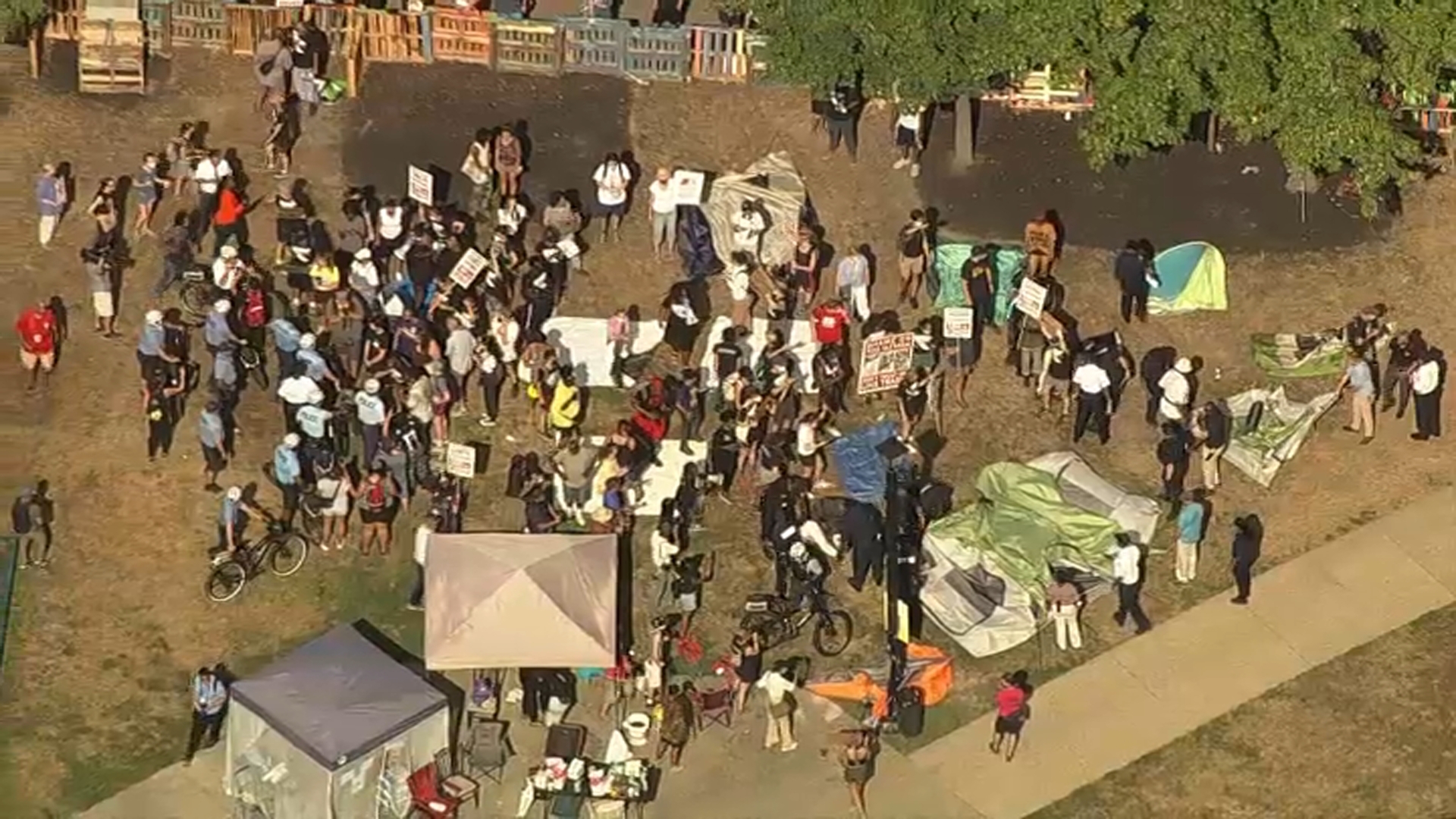 ‘Shame on You': People Protest Removal of Philly Encampment in University City

Perillo followed the running horse and hit it four times with the patrol vehicle. The fourth time, the horse landed on the hood, authorities said, and the trooper hit it a fifth time when it fell off the vehicle.

When the horse tried to stand up, Perillo struck it again, this time driving his car on top of the animal, pinning it to the pavement, authorities said.

“Because the horse was still breathing, one of the other troopers present euthanized it,” the district attorney’s office said.

Authorities reported the patrol vehicle had nearly $9,000 in damages. Investigators were reviewing video from the car.

"The horse that was loose on US-1 last December suffered a tortured death at the hands of Cpl Michael Perillo,” Chester County District Attorney Deb Ryan said. “Inflicting such pain on an innocent animal is unthinkable and inexcusable. No one is above the law, and my office will hold the defendant accountable for his actions.”

Pennsylvania State Police said Perillo was suspended without pay pending the outcome of the case.

Perillo joined the PSP in September 2006, the agency said.