Over a 90-minute period, a trio of men robbed at least six people at gunpoint in South Philadelphia, likely using a carjacked SUV, and police want to track them down before they strike again.

“Most, or all, of these six robberies they described three males, wearing all dark clothing with bandanas covering their faces,” Small said. “One, two or all three were armed with a gun.”

The victims were all outside on the sidewalk when they were robbed, Small said. At least one was hospitalized after being pistol-whipped to the head.

Investigators didn't reveal exact locations of each robbery. However, a victim told NBC10 he was attacked by three people at 17th and Johnson streets. He said his phone, wallet and backpack were taken.

After some of the robberies, the men appeared to get in a dark-colored SUV, possibly a Nissan Rogue, Small said.

Early Wednesday, police found a Rogue parked under Interstate 95 near Front and Dickinson streets that had been stolen in a carjacking late Saturday night just a few blocks away. The license plate on the SUV was never changed and matched with the Tuesday night spree, investigators said.

Primary Day in New Jersey Means Get Your Ballot Mailed in, Dropped Off 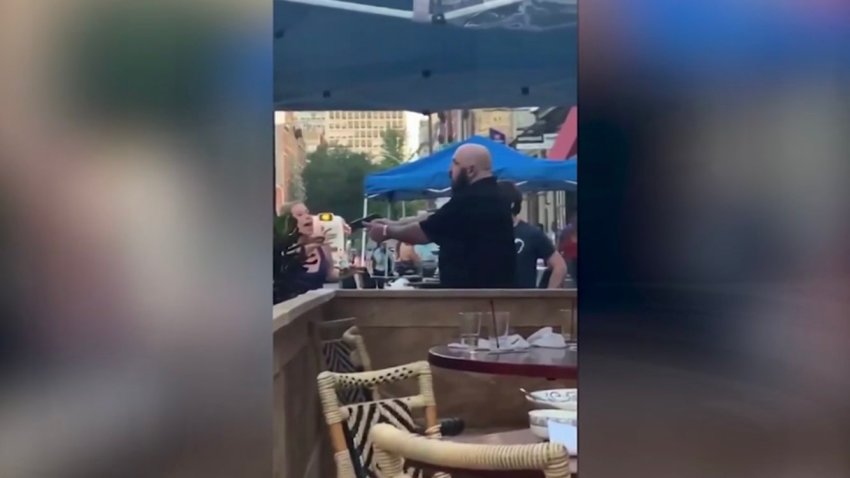 The same SUV was possibly used as a getaway car in at least two or three other crimes in recent days, police said.

“This looks to be about a three- or four-day crime spree using this particular vehicle,” Small said.

Visible in the SUV were a backpack, a wallet and cigarette pack that matched similar items taken during the robberies.

Police planned to dust the SUV for prints, hoped to pull DNA from the vehicle and spoke to witnesses in hopes of tracking down the robbers.

They also hoped surveillance video could help them identify the robbers before they rob again.