A group of people breaking into Firing Line Inc. in South Philadelphia early Tuesday were met by an armed owner who fired shots

Philadelphia police said the owner of Firing Line Inc. was staying the night inside the shop on South Front Street because over the last few nights someone had tried breaking in.

The owner told police he was monitoring his surveillance camera and saw three or four men trying to get in around 4:15 a.m. The group was using bolt cutters on the gate. A broken lock could later be seen on the ground.

The group then smashed in the back door and broke glass, police said. When they made it upstairs the 67-year-old owner started shooting his Bushmaster M-4 rifle, striking shot one man in the head, police said

That man -- who was in his 20s -- died in the store, police said. The other men ran off. Police found a handgun by the dead man that the owner said does not belong to his shop. Investigators believe the burglars brought that with them.

An injured person turned up at Jefferson University Hospital, which investigators said could be connected to this. The person was shot in shoulder.

The business owner was not hurt, police said.

The South Philly neighborhood where this happened has seen members of the community protecting stores from looting that has spread across the city over the past several days. 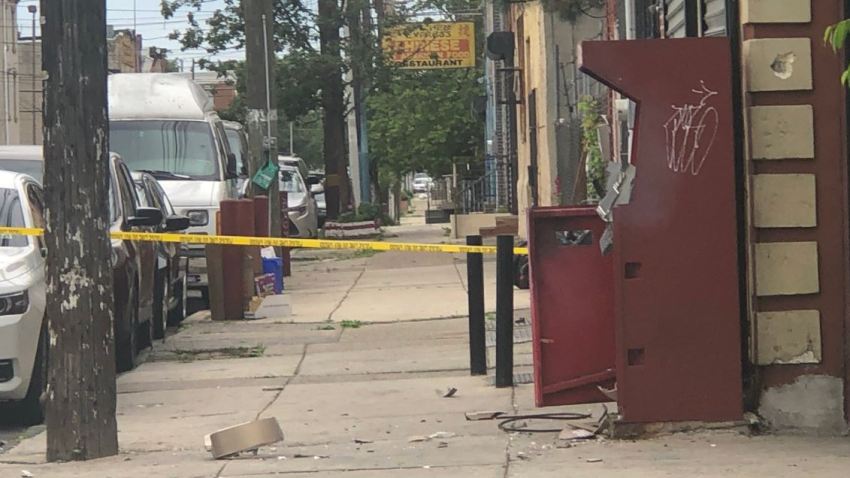 Man Dies Trying to Blow Up ATM on Philadelphia Sidewalk

Police have been getting thousands of more 911 calls in recent days, many for burglaries, looting, vandalism and large crowds, Philadelphia Police Chief Inspector Scott Small said. "We understand why."

The city's mayor and police commissioner said later Tuesday they supported the rights of individuals to protect themselves and their property. But Mayor Jim Kenney said he was “deeply troubled at the ease with which another life has been taken amidst this chaos."

Commissioner Danielle Outlaw said officials don't endorse “vigilante justice or taking the law into one's own hands" and encouraged people to protect themselves through “safe, nonviolent" methods if possible. But, she said, “there are very clear laws that allow us to protect ourselves and our property from harm.”

Kenney said that "looting has consequences."

The store owner wasn’t injured. He was taken in for questioning by police.

Police said the other men would likely be charged with burglary, but it could be looting just because of the climate of the city right now.

No charges were filed as of midday Tuesday.

Surveillance video would assist police in the investigation.