Delaware State Police have named the man who they say shot his wife to death in a Smyrna school parking lot and killed a female acquaintance of hers before a police pursuit that ended in his death.

Authorities on Wednesday said state and local police were called to Smyrna Middle School around 10:30 a.m. Tuesday. Investigators learned that a 47-year-old man and a 38-year-old woman had arrived at the school in the wife’s vehicle to pick up their daughter for a medical appointment. 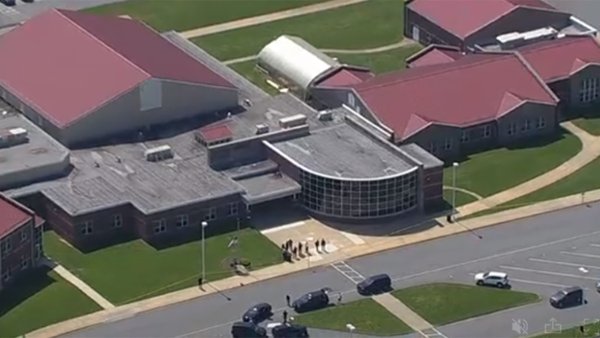 The couple had an argument outside the car, which led to Llewellyn Gill pulling Stephanie Gill back into the vehicle, where he shot her. She was pronounced dead at the scene.

Police said Llewellyn Gill fled the scene alone in the vehicle the couple arrived in, then switched to a vehicle registered to him that was parked nearby.

Troopers spotted Llewellyn Gill’s vehicle around 11 a.m. Tuesday near the junction of Route 13 and Route 42. The suspect led police on a vehicle pursuit, which ended after he shot himself and crashed near Galena, Maryland. The suspect was pronounced dead at a Maryland hospital.

While investigating the shooting, troopers learned there might be a second victim who was acquainted with the suspect’s wife. State and local police went to the 800 block of McLane Gardens in Smyrna to check on the welfare of Dominick-Dalton. The 21-year-old was found dead of apparent gunshot wounds in the home.

If you are struggling, call the National Suicide Prevention Lifeline at (800) 273-8255. The Lifeline provides 24/7, free and confidential support for people in distress and suicide prevention resources for you or your loved ones. The American Foundation for Suicide Prevention offers help, too.