‘I Want to Move Back’: Gesner Street Fire Victim Misses Her ‘Carebears’

Fire victim Teenamarie Shaw and her family of six are struggling to go on one year after a treacherous blaze ripped through the 6500 block of Gesner Street in Southwest Philadelphia, killing four small children, annihilating eight homes and damaging several others.

"I need to rebuild my life, piece by piece. I want to move back on the block. It's so not fair. My kids are unhappy," Shaw, 33, said Sunday, the one-year anniversary of the fire.

Since the fire, Shaw gained 50 pounds, acquired type 2 diabetes and is grappling with a $3,000 gas bill that has followed her.

Despite the negative developments, Shaw wants to move back and live among the "Carebears," as she affectionately calls her former Gesner Street neighbors. She says there's no place like Gesner Street anywhere. 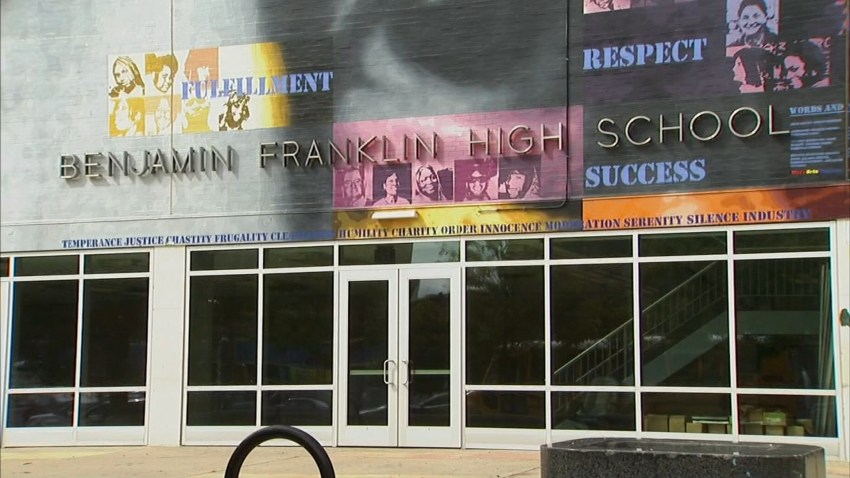 Shaw resided at 6514 Gesner Street for four years, made a home for her family and had furnished the entire apartment with Rent-A-Center furniture just three months before the fire. Her home sat right next to where the fateful blaze started last year.

"People were screaming, crying, flying out the windows or being thrown. It was something out of a movie. All of this was like yesterday," Shaw remembered.

"I lost everything for nothing."

The only item salvageable from her home was a family photo, and two television sets were replaced as part of her Rent-A-Center insurance.

Shaw, her husband and sons escaped out the back of the house in just enough time to witness her neighbor Marie Bowah push her teenage daughters out the second floor window. Bowah's 4-year-old twin daughters, Maria and Marialla, died, as did two brothers she babysat, 4-year-old Patrick Sanyeah and 7-week-old Taj Jacque.

The American Red Cross provided Shaw with $1,300 to acquire a new apartment and $750 shortly after the fire. The family accepted clothes donations from the corner church, but Shaw went all winter long without a winter coat because there were none available in her size. The clothing donations and $2,050 did not go far.

Shaw also received beds, but they had bed bugs, so they had to be thrown away. The entire family sleeps on mattresses today in another apartment about five blocks from the site of the fire. She's on disability and her husband secured a job just a few weeks ago.

"I've been stressing all year because my stuff is in the house. I lost everything -- my wedding rings, my wedding album, my diploma, my kids' awards, baby pictures, my camera -- I'm not used to having nothing. All that stuff I built up on my own, all of its all gone," Shaw said.

While the Shaws' progress has been slow, Gesner Street remains frozen in time. The fire-damaged homes on the block are at a standstill.

In the early hours of July 5, 2014, the fire that started on the porch of 6516 Gesner spread quickly in both directions ripping through the homes ranging from 6512 to 6526. The Southwest Philadelphia and Liberian communities dealt publicly with the loss of the four small children. That sadness turned into rage because the fire station sits directly around the corner from the devastation. The Philadelphia Fire Department's response time was challenged and protests ensued.

On that fateful day, Kim Walker and Rasheeda Seward cut their vacation short in New Orleans and walked up to their homes after their early return flights from the Essence Music Festival. Seward walked slowly into 6524 Gesner Street with the aid of fire officials and retrieved family photos -- the only things that were easily salvageable. She needed assistance walking from the porch and collapsed on the ground just steps outside the home that she had nurtured for the past 10 years.

One year after the fire, not much has changed. It's shocking to see the burned homes standing, the smell and stench of soot still occupies the air. Pigeons have taken up residence in many of the charred structures. Some of the rowhomes have work-order signs on the windows, but sit burned, disheveled and unsafe.

Walker and Seward, both homeowners, rebuilt their homes side-by-side but have not become accustomed to the new normal on their partially vacant street. They say that no one on the block walks on the sidewalk in front of the 6518 Gesner Street, where the children died, that it's just too painful. A light green medium-sized onesie with a burn mark sat nearly molded into the front steps a year later.

It took Walker six months to rebuild the home, but the scars of that night remain. Her 11-year-old daughter still sleeps with her so she can help curb the nightmares.

As Shaw awaits word from her landlord to see if it's possible to move back to Gesner Street, she presently lives without natural gas due to the past due bill. For now, she's gotten used to cold showers and boiling water to bath her children as she reminisces of happier times on the block full of caring people and friendly children.

"In this one house -- it went up in a blaze of glory in the middle of the night. I definitely want them to fix it and see if I can move back," said Shaw. "I loved living here. I just loved it here."