A SEPTA spokeswoman told NBC10 there was an equipment issue on a train between 30th Street and Suburban stations.

A popping sound caused panic for commuters in Philadelphia Wednesday.

SEPTA's regional rail service was restored after a power outage caused a panic among passengers that led to a shutdown.

SEPTA spokeswoman Heather Refern told NBC10 there was an equipment issue on a train between 30th Street and Suburban stations after an electrical breaker tripped and caused a popping sound. 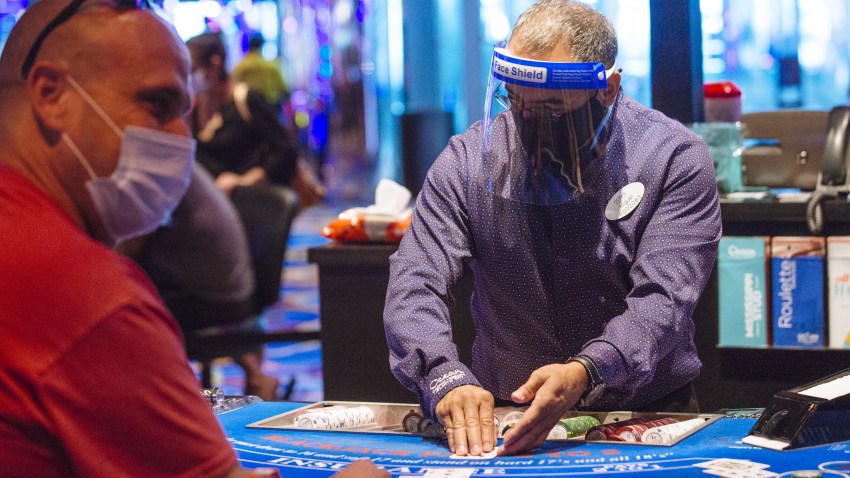 Passengers on the train then evacuated due to the issue and power was cut to safely get them off the tracks. All of SEPTA's Regional Rail lines were shut down as a result. No injuries were reported.

A SEPTA passenger claimed the train lost power and when the power was restored about five minutes later, power lines began to spark which caused some passengers to panic and get off the train.

"They told us there was a spark," said Josh Mann. "There was some smoke. There were some people who started kicking out windows."

The delay kept Mann waiting for an hour and a half.

"I wanted to just get home and see my son by that time he was already sleeping," Mann said.

SkyForce10 and pictures on social media showed several passengers walking down the tracks.

Regional Rail service was restored around 6:30 p.m. but riders still experienced major delays. SEPTA workers redirected passengers and Transit Police helped them onto platforms. Donte Campbell told NBC10 he waited on the train for an hour before he got to 30th Street Station.

"Everybody was pretty upset they were waiting for so long," Campbell said. "I know some people were just relieved to finally have been rescued."

Another SEPTA rider claimed the fire alarm went off at Suburban Station during the shutdown. She also said the customer service office announced that the tracks were on fire between Suburban Station and 30th Street Station, creating a mass panic after. SEPTA officials have not confirmed this however.

SEPTA's General Manager of Operations expects service to be on schedule Thursday morning. He also apologized for the inconvenience. A crew is working to find out what caused the electrical breaker to trip twice.