Danielle Outlaw, Philadelphia's top cop since February 2020, is rumored to be among the finalists for police commissioner in New York City. She called the speculation "out of control," but didn't explicitly deny whether she is in the running for the NYPD.

Outlaw addressed media reports out of New York and speculation among news outlets in Philadelphia for the first time Wednesday afternoon at her weekly crime briefing, calling all the talk of her leaving Philly "out of control."

But she wouldn't outright deny that she's a candidate for the top cop job at the country's largest police department. The NYPD has 35,000 sworn officers, about six times more than the 5,500 cops in Philadelphia.

"“It’s a rumor that’s just out there and it’s wild and it’s out of control," she said Wednesday. "I appreciate the honorable mention, and it’s quite flattering quite frankly. But I will tell you, I’m still continuing to focus on my work here, and obviously if I had information to share, I would share it. I’ll leave it at that. Their process is their process, and for any additional information I think folks need to reach out to the folks in New York."

When pressed about whether New York City's incoming Mayor-elect Eric Adams had interviewed her for the job, she declined to say yes or no.

"Any questions about the NYPD job need to be referred to them. It’s their process, and out of respect for their process, I don’t have anything further to say on that," she told reporters in Philadelphia.

Outlaw, 45, came to Philadelphia in February 2020, just weeks before the COVID-19 pandemic shut down most social interactions and fundamentally changed the way police and the public interact for months. A couple months later, she oversaw the city's much-criticized law enforcement response to civil unrest following the killing of George Floyd by Minneapolis police.

Her tenure in Philadelphia so far has been marked by the historically high gun violence and homicide rate. In 2020, 499 people were murdered in the city, the second-highest yearly total in history. This year has become the deadliest in modern history, with 523 murders through Dec. 7.

Last summer, she and Mayor Jim Kenney, who hired her, were forced to publicly apologize after an ill-fated decision to tear gas protesters on Interstate 676. The incident caught on video earned Outlaw and the Kenney administration international backlash. The tear gassing cost Kenney's top administration official his job.

It was reminiscent of disdain Outlaw received during her previous stint as a top cop in Portland, Oregon, where she'd oversaw the West Coast department for a little over two years before coming to Philadelphia.

In Portland, a city known for protests, critics of Outlaw blamed her leadership for the harsh treatment of protesters.

Adams, the New York City mayor-elect who is a former NYPD officer, is intent on hiring the first Black woman to head the city's massive police force, according to published reports. 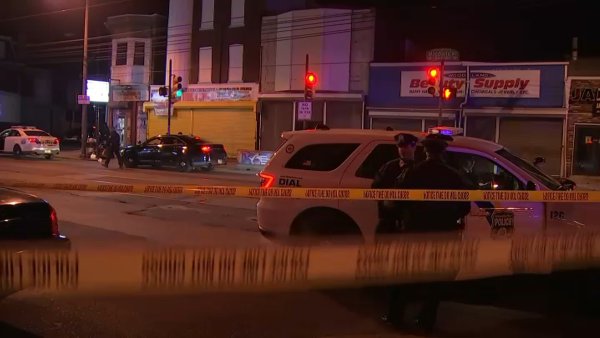 ‘Sense of Lawlessness': With 500 Killings, 2021 Is Deadliest in Philly History

In addition to Outlaw, other finalists are Seattle, Washington's police chief and the chief of NYPD's patrol division, according to a report published by Newsday earlier this week.

Whoever gets the job would come into office in 2022 when Mayor-elect Eric Adams is inaugurated. Adams won a first term to office in November, becoming the city's second Black man elected as mayor.