A married couple who owned a local catering business and hoagie shop died early Saturday when a fire swept through their Delaware County house.

Theodore and Barbara Fine, both 58, were found by firefighters inside their house on the 600 block of Cedar Lane in Morton Borough, a fire official said. Both were near the front door of their home and died at the scene.

"There were heavy flames from the rear of the property," said Morton-Rutledge Fire Company Chief Dean Kemp. "Police were at the front door advising. The two victims were right inside the front door at the bottom of the steps."

Officials believe a meat smoker that the couple had set up on their back deck Friday night before they went to sleep sparked the fire, which started at their home shortly before 5 a.m. Saturday. Investigators say the fire spread fast, starting near the back deck before consuming the home. Neighbors heard an explosion as propane tanks ruptured. Chief Kemp said heavy fire was already showing from the windows of the house when firefighters arrived. The fire was brought under control about three hours later. But by then the couple had died from their injuries. 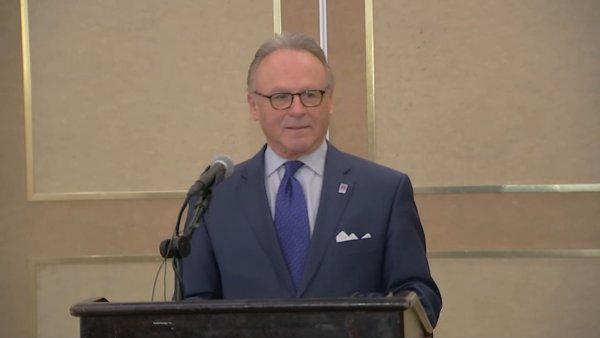 "It is my belief that they were trying to get out of the house and unfortunately succumbed to the smoke and just got pushed to the ground at that point and rendered unconscious," Chief Kemp said.

The Fines owned Slack's Hoagie Shack on Baltimore Pike in Springfield and were beloved figures in their community.

"Without a doubt the best hoagies in this area," said Harry Reinhart, a longtime customer. "It's just really sad. That anybody could die in a fire is just a horrible thing."

"Getting meals for the guys after a big fire," he said. "The numerous donations they had given to the borough, the police department and the fire department over the years. This is a huge loss felt throughout the community."