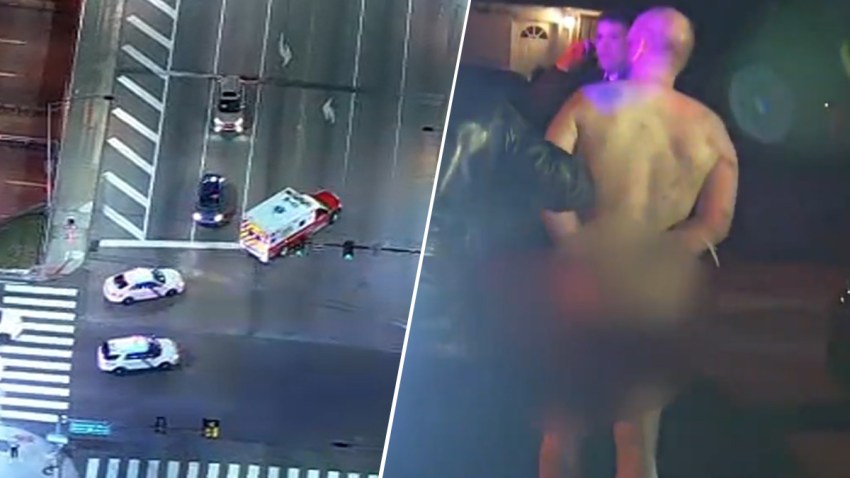 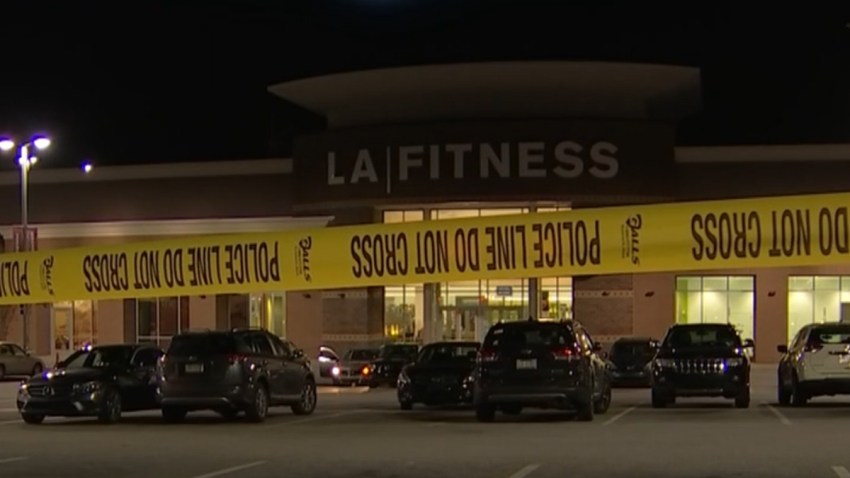 King of Prussia 43 mins ago

The Florida Marlins had one mission when they assembled for spring training in 1997: Win the World Series.

Nothing else would suffice as the team looked to force its way into the consciousness of fans in the Miami area.

The club spent lavishly to acquire top talent and that extended all the way to the manager's office and the hiring of superstar skipper Jim Leyland.

At midseason, things were going well enough for the Marlins. They were playing good ball. They were in contention. But, still, something was missing. The Marlins had the talent, that much everyone knew. Too often, however, that talent seemed to exist as a collection of individuals walking down separate paths. What the Marlins were missing was an intangible, the thing that takes good teams and turns them into great teams, a unifying force that would put everyone on the same path and make 25 hearts beat as one.

The Marlins needed a leader.

They got one of the best in Darren Daulton.

"Jim Leyland told me they don't win the World Series if it wasn't for Dutch," John Kruk said. "He told me when Dutch stepped in that locker room everyone on that team looked at him and said, 'There's our leader.'

"He had so much respect from the league that when he went to Florida they knew they were getting a guy you can lean on. I know Jim said it made his job a lot easier."

Darren Arthur Daulton died Sunday, way too young at the age of 55, after a courageous three-year battle with brain cancer. He was a beloved Phillie, an All-Star and a champion known for his run production, his toughness, his perseverance, his loyalty and a galvanizing quality that made him one of the great leaders ever to play in this town.

OK, so he was also known for his good looks and Tarzan physique. But to those close to him, those who played with him and shared a clubhouse with him, nothing stood taller than the man's ability to lead other men toward a common goal.

In that clubhouse, he was everybody's big brother and the 1993 National League championship team was his tour de force.

"He held us together, without question," said Kruk, whose brotherly relationship with Daulton was so strong that they often kissed each on the cheek after their playing days. "We had some guys on that team who could go off the deep end, myself included. You need that calming voice to tell you what you want to hear sometimes and then get on your ass other times. When Dutch said something - and it wasn't every day - it needed to be done and he got it done.

"I remember that year we were playing the Cardinals and one of their players said, 'Once we sweep the Phillies, they'll be done. We'll never hear from them again.' We beat them the first two games and Dutch called us all together and said, 'No popping off. No trash talking. Let them do the talking. We'll do the playing.' That was huge for us. We swept the series, and if guys had any doubts about who we're following that put it to rest right there. It was just one of those moments that you look back on and say, 'Wow, that's something I'll never forget.'

"Late in that season things started speeding up a little bit on us and we knew Montreal was great and we knew we had to play great down the stretch to keep them from catching us. Darren was always that calming voice. 'Don't worry about what they do. Worry about us. Take care of today.' I'll never forget that stuff."

Kruk also will never forget the walk-off home run he hit in the 14th inning to beat the Padres one night that season.

Daulton was the first one to home plate to congratulate Kruk and a tradition was born.

"He kissed me," Kruk deadpanned.

Oh, the seeds were in there.

But it took the pain of embarrassment for them to germinate.

The late Jim Fregosi recognized those seeds when he took over as Phillies manager in 1991. During his playing days, Fregosi was one of those old-school tough guys with matinee idol looks, much like Daulton was in his time. Fregosi felt a connection with Daulton and admired the way the player had battled to keep his career alive after eight knee surgeries. But during that season, the old-school manager had grown frustrated with Daulton's inconsistency on the field.

On Aug. 13, 1991, in Pittsburgh, Fregosi sent Ricky Jordan to the plate to pinch-hit for Daulton in the seventh inning of a game against the Pirates. Daulton wasn't hitting his weight. Nonetheless, he was embarrassed and furious over the move. He confronted Fregosi in the manager's office after the game.

Fregosi let Daulton have it. He told Daulton that if he wanted to stay in games he had to lead the team. And, oh yeah, stop yanking those silly, long fly balls into foul territory down the right field line. Stay inside the ball. Use the gaps. Produce runs. Lead.

Daulton took the verbal beatdown to heart. He showed up to Clearwater in 1992 ready to make the Phillies his team and be the middle-of-the-order run producer that Fregosi thought he could be. He led the NL with 109 RBIs that season.

"I remember wanting so bad for him to drive in 100 runs that year because if that doesn't prove to him how good he is …" Kruk said. "I went back to West Virginia after the season, my buddies thought I was nuts, but I said we're going to be really good next year."

Mind you, the Phillies were a last-place team in 1992.

That's why Kruk's buddies thought he was nuts.

But, like a kiss on the lips, Kruk could feel it.

"Knowing we now had a guy in the middle of the lineup who can produce runs," Kruk said. "And he was confident …

"It was a beautiful thing."

Fregosi also saw something during that last-place season.

He couldn't wait to tell his son about it.

"My dad always believed that you had to have that one guy in the clubhouse that all the players respected and would respond to," said Jim Fregosi Jr., a scout with the Kansas City Royals. "But that guy is hard to find. He has to be a guy who produces and can lead. My dad used to say when you find that guy you can win.

"I remember during the season my dad saying, 'This is my guy that's going to lead this team and he's getting there.' The next year he got there. The 1993 Phillies don't happen if it wasn't for Darren. He was the ultimate clubhouse guy. My dad loved him. He had so much respect for him."

You could hear that respect in Jim Fregosi Sr.'s voice. Sometime during the 1993 season, he started referring to Daulton simply as The Catcher.

"The Catcher," Fregosi said more than once. "He's special."

At 37, Francona was only a couple of years older than Daulton when he was hired to manage the Phillies in 1997. By that time Daulton had required a ninth knee surgery and he could no longer squat behind the plate. Daulton was signed for 1997 so he was part of the team. But he had no position and there would be little playing time. Some players might have been a disruption in such a circumstance and with a young team, the Phillies could hardly afford that. But Daulton remained a model of professionalism. Though he was no longer The Catcher, and though most of his boys from the 1993 team had moved on, he was still a leader. He became an ally to the young, new manager and eventually volunteered to play right field after Danny Tartabull went down with a season-ending injury.

Francona left Philadelphia after the 2000 season and has gone on to take three teams to the World Series, winning two of them. Daulton still holds a prominent place in Francona's heart.

"He was awesome, a terrific leader for a young, inexperienced team," Francona said. "I've always appreciated that."

The Florida Marlins were in the thick of the race in July 1997, but team officials knew something was missing.

"If you want to win, get Darren Daulton over there," Fregosi told his old friend. "He's the guy you want in your clubhouse. He will be your leader."

Daulton knew he was going to retire at the end of that season and he was eager to take a stab at winning the World Series ring that had eluded the Phillies in 1993. He approved the trade.

After spending his entire career with the Phillies, Daulton slipped gently into a Marlins clubhouse that was filled with accomplished veterans. Daulton kept his eyes and ears open for a couple of weeks, played part time in right field and then finally couldn't keep it in any longer. He brought the team together and talked about how talented a group it was and how it had a chance to do something special. Then, in a torrent of tough love, he chided the team for what he saw as a country club mindset and challenged it to focus, to grind every day, to play together and make something special happen.

The Marlins did make something special happen. They won the World Series "by playing with one heartbeat," their tearful manager said after the Game 7 clincher against the Cleveland Indians.

That approach started with Darren Daulton and the unity and leadership he brought that team.

Daulton swigged champagne in the raucous Marlins clubhouse that night and he got his World Series ring. But he was always a Phillie at heart. And so, against the backdrop of the team's familiar red logo, he announced his retirement at Veterans Stadium that winter and the turnout of folks who worked behind-the-scenes for the club was impressive. Daulton, you see, wasn't just good to the big guys in uniform. He was good to everyone.

As time passed, there was talk that Daulton might become manager in 2000. He did some radio and TV work in the area. He did wonderful charity work. He was never too big to mingle with fans, have a cold one and sign some autographs.

And every August, he got the biggest cheers of all on Alumni Weekend.

He was everybody's big brother.