Scooter owners say Philadelphia Parking Authority is not offering them a good place to lock up and park; One man has stopped driving because of the fear of a ticket

When Manayunk resident Mitch Donaberger purchased his scooter a year and a half ago, he did it to save money on his commute into the city.

“I’ve been commuting with my scooter for about a year and a half. It’s very popular here in Philadelphia. It’s also cheaper. My car gets 30 miles per gallon and my scooter gets 100 miles per gallon; that’s a lot of money saved on gas,” Donaberger said.

Now, due to the expiration of a Philadelphia Parking Authority (PPA) ticketing ‘pilot period,’ Donaberger and other scooter owners’ ride into the city could cost them a hefty $76 fine for parking in the wrong place. 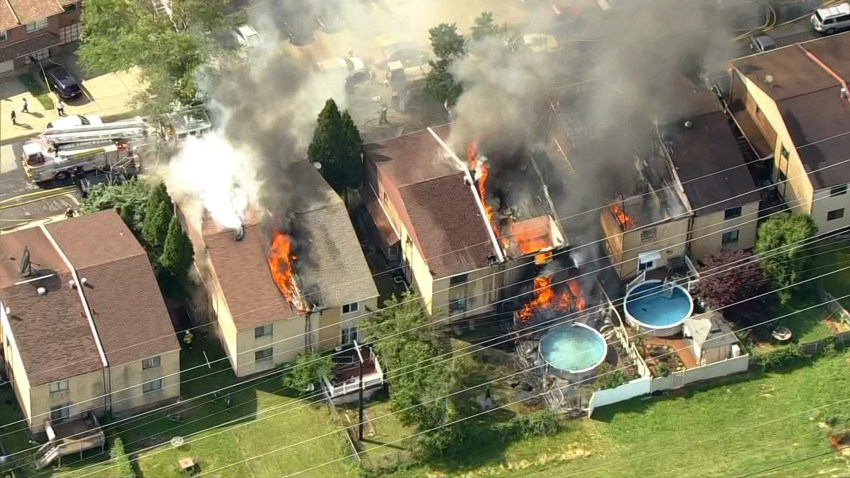 In Pennsylvania, there is a state law that bans parking or driving any kind of motor vehicle on sidewalks. But for the past four years, the PPA says it has shown Philadelphia scooter owners some leniency to this law because the agency was in the midst of a ‘pilot period’ in which it was installing new parking kiosks.

During this four year period, the PPA says it only ticketed scooters and/or motorcycles that were clearly parked in the middle of a sidewalk or walkway, or were parked within a homeowner's property lines without the homeowner's permission.

In accordance with the state law, the PPA began cracking down on scooter owners parked on sidewalks in the city last week.

Donaberger says the PPA scooter ticketing process, which includes ticketing for scooter owners parking in front of their own property, is unreasonable.

“If somebody puts a scooter in the middle of the sidewalk and people can’t get by, that’s a reason to be ticketed. But there are people getting ticketed for having scooters on the sidewalk in front of their own property. To start ticketing without having something in place like permitting, it’s unreasonable,” he said.

Donaberger says he heard about the PPA crack down on scooter ticketing after seeing numerous posts from members in the Hostile City Scooter Club Facebook group, which he is a member of. When the ticketing began last week, members of the club took to the group’s Facebook page to express their complaints -- many saying that the ticketing changes came without warning.

“I don’t think there was any real diligence paid before this whole ticketing process started,” Donaberger said.

PPA spokesman Marty O’Rourke begs to differ. He says proper warnings and notifications were issued to the public long before ticketing began.

One Hostile City Scooter Club group member posted a photo to the group's page which appears to show a PPA notice, warning scooter owners about the ticketing changes. Yet, some scooter owners still maintain that the PPA is not doing enough to make sure they have a place to park their vehicles without getting ticketed.

According to the PPA website, there are currently 43 parking zones that accommodate motorcycles and scooters in the area between Arch and Locust, Broad and 20th Streets.

Donaberger says the current parking zones are flawed in that they provide no way for scooters to be secured.

“PPA having designated scooter parking zones is honestly not a solution. The biggest issue is the PPA is attempting to force people with scooters to park in motorcycle zones and the motorcycle zones don’t have any place to lock up,” he said.

So what’s the solution? Well, that depends on who you ask.

“It’s just become a real object of convenience and even though I have not been ticketed yet, I’m a little afraid to even bother using it,” he said. “I feel a really good compromise would be a permitting program.”

One Hostile City Scooter Club member created a sign-up for scooter owners to launch a class action suit against the agency for its enforcement tactics.

While there was no indication that PPA ticketing of scooters parked on sidewalks would be suspended any time soon, O’Rourke said the PPA is looking at other ways to better accommodate scooter owners in the city.

“PPA is looking into locking devices and installing locking devices into some of those [motorcycle parking] locations for scooters,” he said.  “These would be implemented, hopefully, sometime within the next six months on a small scale until we can see which areas they are used in most and then maybe implement them more broadly in those areas.”

Councilman Mark Squilla, whose district encompasses several of the designated motorcycle/scooter parking zones in Center City, said he is working with the PPA to come up with a solution to the problem that, at least, would allow scooter owners to park on sidewalks in front of their own properties.

“We’re sitting down and discussing some options,” Squilla said.

“We’ve been listening to ideas from the community as far as permitting scooters to park on the pavement as long as they are locked; therefore allowing them to park there without being ticketed. I believe we will have something that would satisfy the scooter owner population ironed out by the end of the week.”

Donaberger says he's gone back to driving his car to work and limiting his travel to Center City altogether.

"Mostly, I just don’t go down there if I can help it. I work in Conshohocken now, so driving is at least slightly easier."