An man, who police believed was armed and barricaded inside a North Philadelphia rowhome with young children, has been taken into custody.

The incident took place along the 2700 block of N. Darien Street around 3:30 p.m. on Thursday, according to Philadelphia Police.

Police sources close to the case tell NBC10 the situation began when the man and a woman, who is the mother of his kids, got into a fight while picking up their kids from school. During that fight, the woman claimed the man pulled a handgun on her and then left.

The woman called Philadelphia Police's 25th District to file a complaint and officers were dispatched to his home along Darien Street. 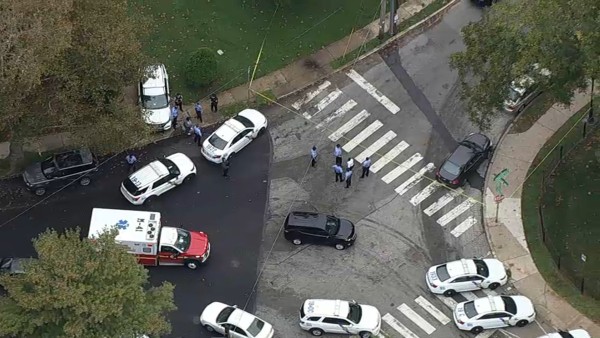 After not receiving a response at the house, the Philadelphia Police SWAT Team was called to the scene and a barricade situation was declared, according to police.

Police Chief Inspector Joe Sullivan said SWAT officers eventually entered the home, but did not find the man inside. He had fled to another house along the block owned by a family member.

Once found, the unidentified man was taken into custody without incident.

At one point, authorities were concerned the man's 4-month-old child was with him, but that does not seem to have been the case.

The block along with Lehigh Avenue between 8th and 9th Streets have been closed as part of the response.