Police Chief Allegedly Left Scene of His Own Accident

The only cop in a Chester County town is on paid sick leave after leaving the scene of an accident he allegedly caused.

The Kennett Township police chief explained his bizarre behavior the day of the crash.

"It was a regular day and I was out patrolling Kennett Township -- I was south of McFarland Road -- and I don't know what happened for a split second," Chief Albert McCarthy told NBC Philadelphia's Stacey Stauffer in an exclusive interview Tuesday.

What happened was that McCarthy allegedly rear-ended a Jeep shortly after noon on Oct. 4 on southbound Route 82 south of McFarland Road, according to Pennsylvania State Police Trooper Corey Monthei. 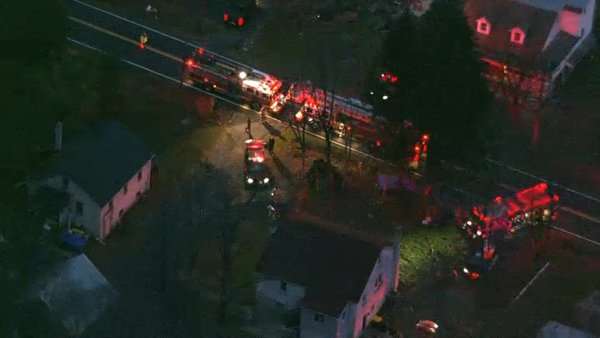 McCarthy, 60, allegedly struck the rear of a 2000 Jeep driven by a woman from Hockessin, Del., then left the scene, said state police.

The woman was treated for minor injuries.

McCarthy said he returned to the scene after he went home, saw the damage to his car, and then heard a police radio report about the crash.

"Chester County Police radio called me by phone and said 'we have an accident on Route 82 involving a police car,'" McCarthy said. "Of course I'm looking at the damage to my car and I said 'that's me but I don't know why.'"

"After I saw what happened to the car and I was told I hit another car I was very upset," McCarthy said.

Investigators said the chief did not intend to avoid responsibility and showed no signs of alcohol impairment -- passing tests for both. Instead it appears he was confused and suffering from an illness.

No charges were filed because it was determined that the accident was caused by some sort of medical incident.

"They describe this as an absentee seizure, which means you don't lose consciousness but you're not focusing on what is occurring," McCarthy said.

He is now on paid medical leave until he is cleared by doctors, state police and PennDOT, according to township officials.

The Philadelphia Inquirer reports that for the last four years, McCarthy has served as a one-man police department, acting as chief, patrol officer, traffic cop and detective.

McCarthy admits he has taken medication for some years following a past head injury.

The chief, who otherwise has a clean record, is a bit embarrassed by the whole incident.

McCarthy will be monitored for the next six months. If he doesn't have any more seizures he could get his license back.

Even if he doesn't get his license back, township officials hope to keep him involved somehow in the township calling him an asset.