'We just want to be safe,' said the president of the Atlantic City Merchants Association. 'We are asking the police for more patrols and more officers on the Boardwalk.'

Atlantic City officials plan to increase police patrols on the Boardwalk, and are considering locating a police substation on the walkway after last week's death of a store owner who collapsed after a confrontation with two minors now charged with robbing his store.

James Sarkos, the officer in charge of Atlantic City's police department, outlined the steps during a community meeting Thursday at a mosque a few blocks from the Boardwalk.

They include the hiring Wednesday of nine new police officers, and the scheduled hiring next week of 15 more; both those measures had been planned before last week's incident that led to the death of Mehmood Ansari, 65, who collapsed and died after the altercation at his store City Souvenirs. An additional 24 officers will be hired later this year.

“We just want to be safe,” said Amer Kashmiri, president of the Atlantic City Merchants Association. “We are asking the police for more patrols and more officers on the Boardwalk.”

The April 1 incident began when police were summoned to Ansari's store on a report of a male suspect threatening people with a knife, according to the Atlantic County Prosecutor's Office. Personnel at the Atlantic City Police Surveillance Center told officers that multiple juveniles were damaging the store and assaulting people.

While attempting to steal items, a 12-year-old boy brandished a knife and threatened the store owner, the prosecutor's office said.

Police arrested a 12-year-old boy and a 14-year-old girl. Shortly after officers arrived at the store, Ansari collapsed and stopped breathing. A bystander began cardiopulmonary resuscitation, which was taken over by a police officer, and then by medical personnel. Ansari was taken to a hospital where he was pronounced dead.

The children are charged with robbery, assault and other offenses. 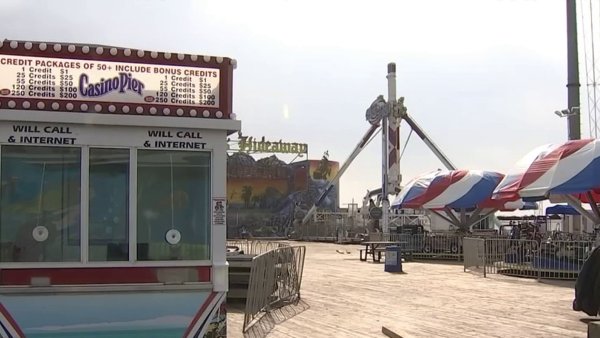 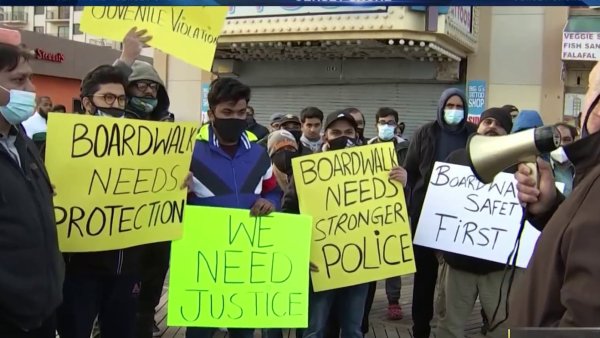 The incident struck a familiar chord with Boardwalk merchants, many of whom have their own tales of being threatened or robbed.

“I would have situations where juveniles would come in, take stuff, five or six of them in a group,” Kashmiri said.

“To see what happened to that business owner on the Boardwalk is a tragedy,” said Assemblyman Vince Mazzeo, who represents Atlantic City. “It's your livelihood, how you put food on the table and support your family. To go to work and not feel safe is a scary thing.”

In addition to the extra police patrols, the department is considering opening a police substation on the Boardwalk so that officers can be stationed there and more quickly respond to incidents on or near the walkway. Point Pleasant Beach, a popular shore town about 75 minutes north of Atlantic City, has such a substation on their boardwalk.