Pennsylvania Attorney General and presumptive Democratic frontrunner in next year's governor's race, Josh Shapiro, is now facing a legal challenge from the state's two largest cities over his decision to reach a settlement with four Big Pharma companies in the ongoing opioid crisis.

Shapiro last month announced he was among 10 state attorneys general to agree to a $26 billion settlement with four manufacturers and distributors of opioids. The settlement with those companies, Johnson & Johnson, AmerisourceBergen, Cardinal Health and McKesson, would mean about $1 billion for Pennsylvania to use in the ongoing fight with the opioid epidemic.

Philadelphia District Attorney Larry Krasner believes the money is not nearly enough to take on the now decadelong crisis, and sued Shapiro a week after the settlement terms were announced.

On Monday, Allegheny County District Attorney Stephen Zappala Jr. signed onto the Krasner lawsuit, agreeing with the Philly DA that the money would not be enough and that the pharmaceutical companies needed to pay more.

He said that the companies should be judged by a jury in Allegheny County, not by attorneys general.

"Accepting a contingent settlement of possibly a few million dollars is not suitable," Zappala said in a statement. "Such a settlement doesn't begin to address the hundreds of millions of dollars of damage inflicted and thousands of lives that have been destroyed throughout Allegheny County. We have the jurisdiction, the authority, and the responsibility to the citizens of Allegheny County to pursue this case and get a just settlement that does the most good for the most people of this county." 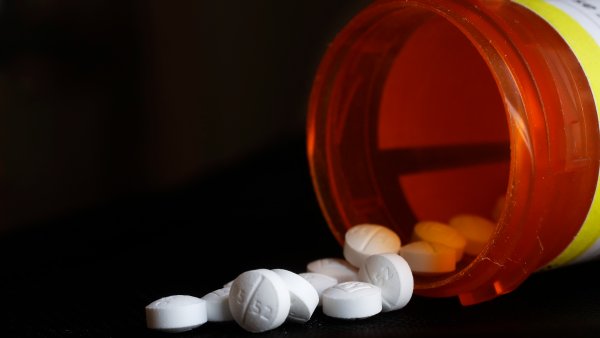 Krasner in a separate statement on Monday said the settlement money would do little to address the massive opioid crisis affecting Philadelphia's citizens.

He said the settlement agreed to by Shapiro would provide, at most, less than $10 million per year over 18 years to Philadelphia, and described that amount as far from the needed amount to address the problem. Krasner also noted Shapiro's political ambitions.

"Due to the malfeasance of these major corporations and of the corrupt and ineffective for-profit addiction industrial complex, states like Pennsylvania have made barely any progress against a public health and safety crisis that has ended countless lives and futures, destroyed households, and ravage communities,” Krasner said. "Any deal that pleases corporate boards and shareholders along with a handful of politicians is reason enough for skepticism. Take McKesson: their shareholders have taken in nearly $10 billion in buybacks and dividends over the past five years. Of course the Big 3 are on board with this settlement; it’s a sellout of the communities they’ve regularly exploited for enormous profits. Pennsylvanians are wise enough to know when they’re being snowed, and I’m confident juries in counties including Philly and Allegheny will do a far better job of holding the Big 3 accountable than your average, higher office-seeking politician."

A spokeswoman for the AG's office said the path proposed by Zappala and Krasner could take years to sort on in court and the settlement would bring in $232 million in direct funds to fight the opioid crisis next year.

“This is a copycat of a Philadelphia lawsuit that misleads Pennsylvanians and would rob Allegheny County residents of their fair share of a billion dollars to fight the opioid epidemic,” AG spokeswoman Molly Stieber said in a statement last week when news of Zappala's lawsuit first broke in Pittsburgh. “The DA’s plan is to start years of risky, drawn-out litigation that would deny Western Pennsylvanians the treatment options they need now, with no realistic plan for success. Meanwhile, the proposed settlement could provide an influx of $232 million to Pennsylvanians by next year.”

Even if Pittsburgh and Philadelphia don't sign on to the settlement agreement, Pennsylvania and each of the state's 67 counties can individually approve the settlement, Steiber said. Not having the two largest cities would mean less money for the state, however, she added.

The companies can back out of the settlement if they don’t think enough state or local governments sign on. The fewer that sign on, the less the companies would pay.

Last month, Kenney declined to comment on Krasner’s suit, but agreed that Philadelphia would get too little money out of the settlement and said the city and other hard-hit communities weren’t given a “meaningful voice and opportunity to participate” in the negotiations.

The Associated Press contributed to reporting to this story.