Philly Police Officer Released From Hospital Days After Being Shot

A Philadelphia police officer has been released from the hospital more than a week after being wounded in a shootout with a man accused of killing a coworker at another hospital.

Arcenio Perez, 30, an eight-year police veteran, was released Wednesday from Penn Presbyterian Medical Center after sustaining a gunshot wound to the arm from a rifle round, Philadelphia Police Commissioner Danielle Outlaw announced on Twitter.

Various officers lined the exit and saluted as their colleague was wheeled out through the hospital doors.

“We salute P/O Perez & his brave @PPD16Dist coworkers, and wish him & his family the best as his recovery continues,” Outlaw wrote.

Perez had been in the hospital since Monday of last week, when he and three other officers confronted Stacey Hayes, the 55-year-old accused of earlier walking into Thomas Jefferson University Hospital and shooting to death 43-year-old certified nursing assistant Anrae James.

After allegedly killing James, police said Hayes fled in a U-Haul truck before a passerby flagged down officers about an hour later in West Philadelphia's Parkside neighborhood, near the School of the Future on the edge of Fairmount Park.

Officers confronted Hayes and told him to drop his rifle, but he unleashed a hail of bullets, shooting officers Arcenio Perez and Edwin Perez, Outlaw said. Four officers fired back. The man was wearing body armor but was shot in the left and right collarbone area, police said. 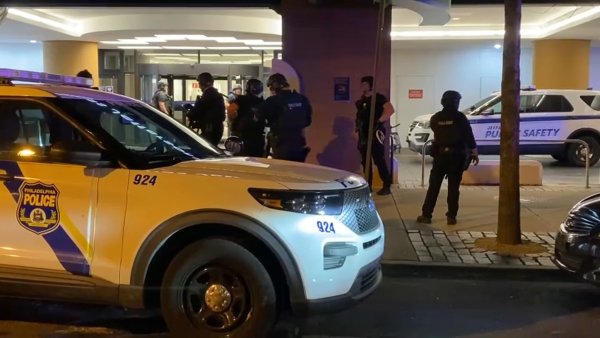 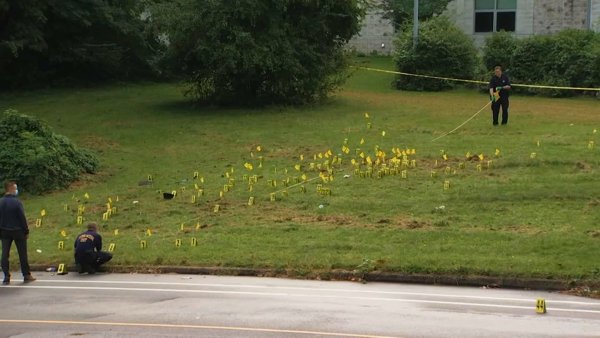 Judge Allowed Man to Get His Guns Back Prior to Deadly Shooting, Records Show

Officer Edwin Perez, a 32-year-old, seven-year veteran of the force, sustained a graze wound to the nose and was also admitted to Penn Presbyterian Medical Center, where he was treated and released shortly thereafter.

Hayes was eventually captured during the shootout and remains in the hospital. He is charged with murder, attempted criminal homicide, aggravated assault, assault on law enforcement and related charges.

Court records obtained by the NBC10 Investigators show Hayes had his guns taken from him months before the shooting spree. However, he was able to get his weapons back after petitioning a Philadelphia judge.