While a deal was reached with OccupyPHA, protesters remain at the encampment along the Benjamin Franklin Parkway.

After months of negotiations, the Philadelphia Housing Authority reached a deal with a protest camp outside of its headquarters that’s been part of a movement speaking out against homelessness and calling for affordable housing.

The agreement led to protesters leaving the camp along the 2000 block of Ridge Avenue Monday night, clearing the way for construction to begin on a development in the area, including a supermarket.

A PHA spokesperson said the agreement ensures the protest camp residents will be able to opt-in to social services from Project HOME and the city that will give them a pathway to permanent affordable housing. The spokesperson said the PHA created the “Working for Home Repair Training Program” which will create housing and job opportunities for people experiencing homelessness through the renovation of vacant structures.

“I want to thank all of those whose hard work and good faith negotiating resulted in this resolution,” Mayor Jim Kenney said. “As I have said from the start, the issues raised by the camp leaders -- homelessness and the lack of affordable housing -- are deep rooted and urgent.” 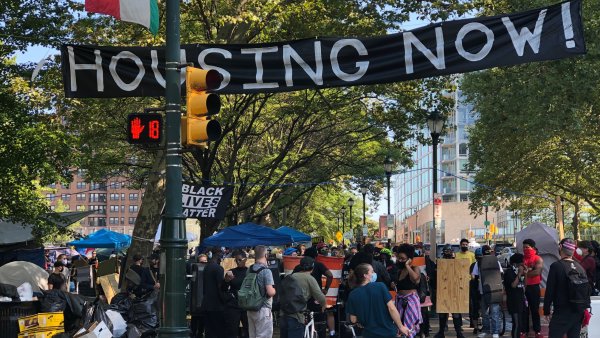 Philly Is Open to Giving 50 Homes to Encampment Protesters 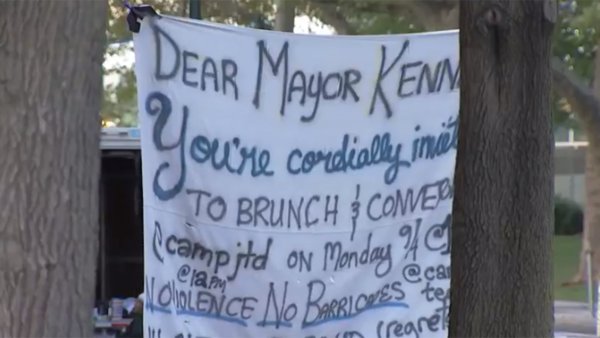 The PHA plans to ask for authorization to establish the COVID-19 Homeless Relief Program during their virtual board meeting on Oct. 15. If approved by the board, PHA will allocate 25 permanent housing opportunities for homeless families who are referred to them by qualified service providers.

The camps, also referred to as encampments, first gathered homeless residents in June on the Von Colln baseball field along the Benjamin Franklin Parkway. Activists and homeless residents of the camps demanded "housing now," saying they were tired of city services that they felt could not permanently change their lives.

The city announced multiple eviction notices which were ignored each time.

“At times it seemed like all of our efforts would be in vain, however we were able to reach an agreement with PHA to create a Community Land Trust for permanent low income housing with long term vacant PHA properties that were going to be disposed of,” OccupyPHA founder Jennifer Bennetch said. “We appreciate PHA’s willingness to explore this idea with us, we look forward to our new venture and hope that it leads to lasting change.”

While a deal was reached with OccupyPHA, protesters remain at the encampment along the Parkway.

“We hope this agreement will lead to a resolution of the separate protest camp on the Parkway,” Kenney said. “And we hope it will lead to new impetus among all partners to solve these vexing problems.”