Person of Interest in Center City Carjacking Shot in the Head, Police Say

A person of interest in a Center City carjacking was left in critical condition after being shot in the head during another robbery attempt that same night, Philadelphia police said.

On Monday shortly before 6 p.m., two robbers attacked a man as he exited his 2017 gray Chevy Cruz sedan around 10th and Spruce streets. One of the men then put a gun to the back of the man's neck and forced him face down on ground, police said.

The 29-year-old man then cooperated with the gunman and handed over his wallet and cellphone, investigators said. The thieves then hopped into the sedan and drove off.

The victim managed to make his way to his home where he called police. Police tracked his cellphone to the area of 7th and South streets where they initially questioned a man, but later cleared him as a suspect. 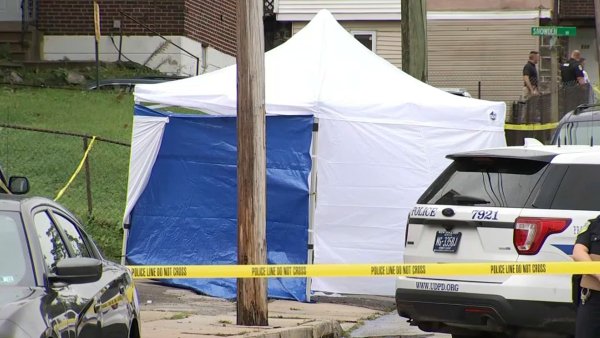 Later that night, around 8:50, two men stopped a gray Chevy Cruz in front of a man walking near 18th and Vine streets and hopped out of the car, police said. The driver then pulled out a gun and pointed it at the 21-year-old victim as the second man began to frisk him.

The gunman then brought the gun closer to the victim's body as the other man pulled out his wallet and cellphone, investigators said.

Fearing for his life, the victim -- who has a license to carry -- pulled out his 9mm handgun and fired two shots, police said. He then fired a third shot after being knocked down before running off.

As he was running off he looked back and saw the gunman on the ground and the second man trying to help him into the car, police said. The victim then alerted a security guard who called police.

When police arrived, they were met by a 17-year-old who said his brother had been shot during a robbery. The security guard, however, told officers that the actual robbery victim was up the street and that the teenager was one of the would-be robbers.

Police cuffed the teen and the victim identified him as one of his attackers, police said.

On North 18th Street, investigators said they found two bullet casings, blood and a BB gun believed to belong to one of the robbers.

Later, shortly after 9 p.m., officer approached a Chevy Cruze stopped around 7th and Callowhill streets. Slumped in the driver seat of the bloodied sedan, they found a man suffering from a gunshot wound to the left side of his head.

Officers found a wallet in the man's pockets and looked inside hoping to identify the man. In the wallet, however, was the license of the man who had his car stolen at 18th and Vine streets, police said.

He was taken to Temple University Hospital where he was listed in critical condition.

The man remained unidentified and no charges were announced as of Tuesday afternoon.