Airman Pays $20 to Repeatedly Sexually Abuse Runaway Girl Along With Fellow Airman on Delaware Base: Police

Federal prosecutors have charged two airmen stationed at Dover Air Force Base with sexually abusing a teenage runaway they harbored on base.

According to court records unsealed Thursday, Dalian Washington, 25, and Akeem Beazer, 21, waived their rights to preliminary hearings and are being detained pending trial.

Attorneys for the two men did not immediately respond to email messages Thursday evening. 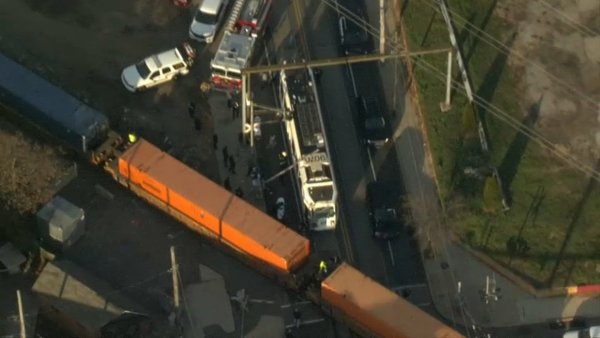 According to court records, the investigation began after the girl told a social worker last month that she had stayed on the military base and had sex with service members.

An agent with the Air Force Office of Special Investigations and a Delaware State Police detective interviewed the girl on March 16. According to court records, the detective knew the girl prior to the interview as a child with a troubled home life who often lived on the street.

The girl reportedly told investigators that she ran away from home last fall, when she was 15, and told a man she knew that she needed a place to stay. The man offered to hook her up with a friend but told her she would have to have sex with him.

The girl identified Washington as the person who picked her up and who gave the other man $20, according to a criminal complaint.

Washington allegedly went back to his barracks and had sex with the girl, who stayed in the barracks off and on for several months and was brought food from the dining hall, according to court records. Investigators say Washington introduced the girl to Beazer, who also had sex with her on multiple occasions, both on and off the base.

According to court records, the two men were interviewed by OSI agents on March 29. Both waived their Miranda rights and agreed to talk to investigators.

Beazer allegedly recounted one instance in which Washington asked him to bring the girl some food. Beazer told investigators that when he went to Washington's room, the girl was naked. Beazer said he got her some clothes and some food from the bowling alley, then took her to his room. Beazer said he began playing online video games with his brothers, and that when he turned around at one point, the girl was naked on his bed.

"Beazer's brother told him not to be a punk because there was a naked girl in his bed," FBI Agent Christopher Lake wrote in an affidavit.

Washington allegedly told investigators that he met the girl through a man who had fathered a child with a woman Washington was seeing. Washington said the woman he was seeing did not want to have sex but told him she could get him someone. The other man told Washington he knew someone who was "trickin," and that if Washington gave him $20, they would be "good to go."

Court records indicate that Washington exchanged naked photos with the girl and that investigators recovered 157 naked images of her, along with a video of her performing oral sex on Washington.

Lt. Katherine Vaughn, a public affairs officer at the Dover base, had no immediate comment Thursday.

Kim Reeves, a spokeswoman for the U.S. attorney's office, did not immediately respond to email and phone messages.