Two brothers who ran a failing Old City Philadelphia hookah bar are now accused of torching their business in a fire that spread to neighboring businesses and apartments, causing millions of dollars in damage and uprooting lives.

McSwain said that the brothers had taken out an insurance policy on their RCL Management business, which operated at 239-241 Chestnut Street, just two weeks before the Feb. 18, 2018 blaze.

Bahaa Dawara, who resides in Woodlyn, Pennsylvania, used gasoline to set the blaze in the basement of the business around 3:11 a.m., while his brother stayed behind at the B-Side Complex at 939 N. Delaware Avenue in Philadelphia, another business he owned, McSwain said.

Both brothers, who are originally from Syria but are now American citizens, would later lie under oath about their whereabouts the night of the massive inferno, the indictment said.

The brothers had been in an ongoing dispute with their landlord and had been evicted after their hookah lounge business on Chestnut Street failed, McSwain said.

At one point, Imad Dawara, who resides in Swarthmore, threatened the landlord, saying he would destroy the establishment if evicted, McSwain said.

After various permit issues, the Dawara brothers ceased operations of the Chestnut Street business in October 2017. The brothers attempted to sell the business but had no luck, McSwain said.

That same day, while inquiring about a $750,000 insurance policy, Imad Dawara repeatedly asked over the phone how they would get paid "if there was a fire," McSwain said. The brothers then purchased the policy, the first insurance plan they held on the property, on Feb. 2.

The brothers would never collect on the policy, authorities said.

The Dawaras were arrested without incident Wednesday night at Philadelphia International Airport after one of them returned from Syria, authorities said.

The blaze caused the closure of the busy block of Chestnut Street for weeks following the fire. No people were hurt in the fire, but some pets died.

The ATF determined to be fire was arson earlier this year.

The 239 building, which housed residences and businesses, was gutted by the aggressive fire. The blaze left residents out of their homes and some businesses, including Little Lion, closed. The fire forced the closure of Capogiro, and was cited as part of the reason why its owners shuttered the popular Philly gelato chain.

Fire and water damaged two attached historic buildings. Demolition was put on a hold for weeks due to structural concerns, causing continued trouble for surrounding businesses and dozens of residents. 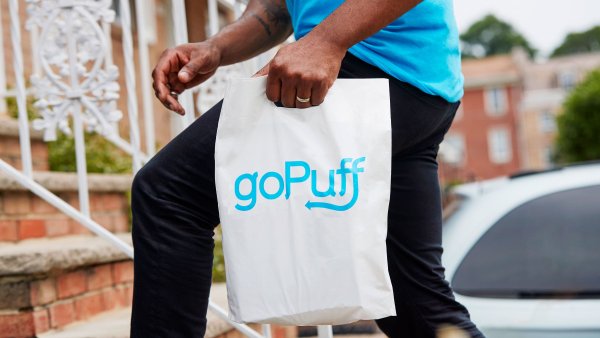 Uber Partners With Softbank-Backed Gopuff to Deliver Everyday Essentials, From Snacks to Toothpaste

"No one in Old City will forget when this arson lit up the night sky," McSwain said. "Many people’s lives were permanently altered, losing their homes and livelihoods. If not for the heroism of the Philadelphia Fire Department, the devastation from that night would have been unthinkable."

The loss from the fire is estimated at $20 million, authorities said.

The Dawara brothers faced and initial hearing on arson, malicious damage, wire fraud and mail fraud in front of a federal judge Thursday afternoon. If convicted, each brother faces up to 20 years in prison.

It is unclear if they have an attorney who could comment on their behalf.