State police announced Wednesday night that Peter Manfredonia, 23, was taken into custody in Hagerstown, Maryland. Neither Manfredonia nor any officers were hurt during the incident

A fugitive college student who was wanted in connection to two Connecticut murders was captured in Maryland after an extensive search that spanned four states.

State police announced Wednesday night that Peter Manfredonia, 23, was taken into custody in Hagerstown, Maryland. Neither Manfredonia nor any officers were hurt during the incident.

Investigators said they received a tip Wednesday that Manfredonia was inside a Sheetz store in Chambersburg, Pennsylvania. Police later released surveillance footage of a man who matched Manfredonia's description inside the store.

A Hyundai Santa Fe that investigators believe Manfredonia stole was also recovered near the Sheetz store.

Police said Manfredonia then took an Uber to Hagerstown.

Police had reported earlier that a man matching Manfredonia's description had been spotted by a firefighter behind the Germania Hose Co. in Duryea, Pennsylvania, shortly after 11 p.m. Tuesday. The man, who was carrying a large backpack, fled toward nearby railroad tracks and a wooded area, officials said. The firefighter asked the man what he was doing, but he did not respond as he left the scene, police said.

Prior to that incident, Manfredonia was spotted on Sunday in East Stroudsburg, Pennsylvania, walking along railroad tracks with a large bag. 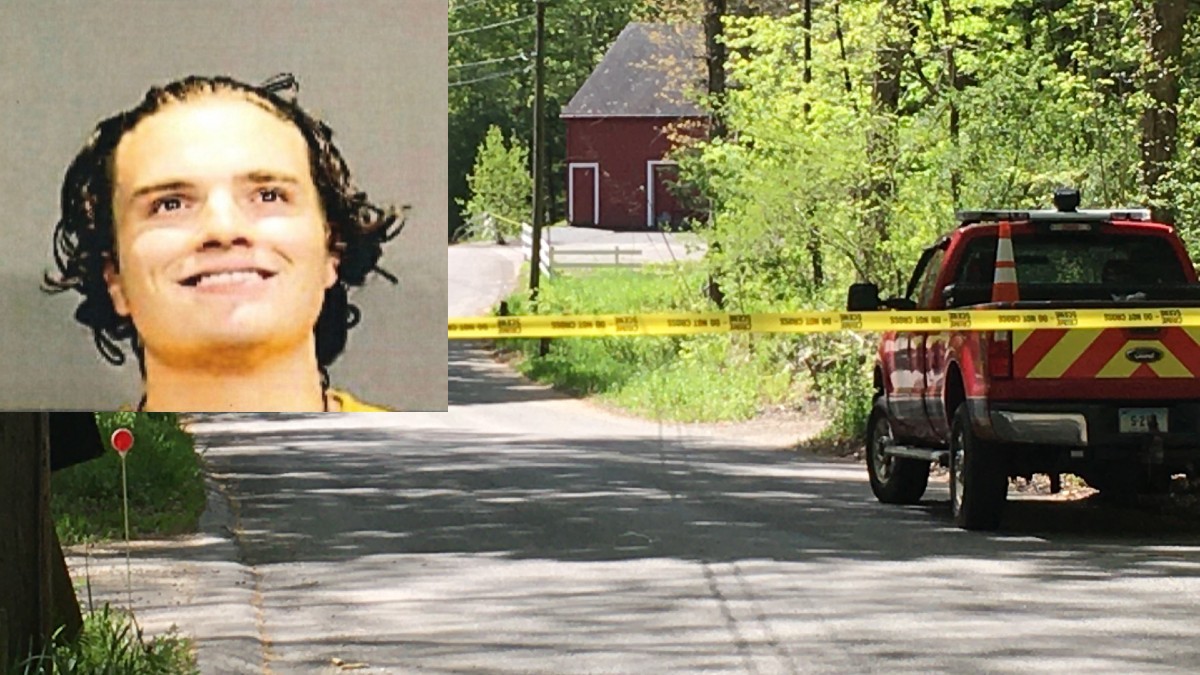 Wife of Victim Says Suspect in 2 Conn. Murders Was Looking for Neighbor 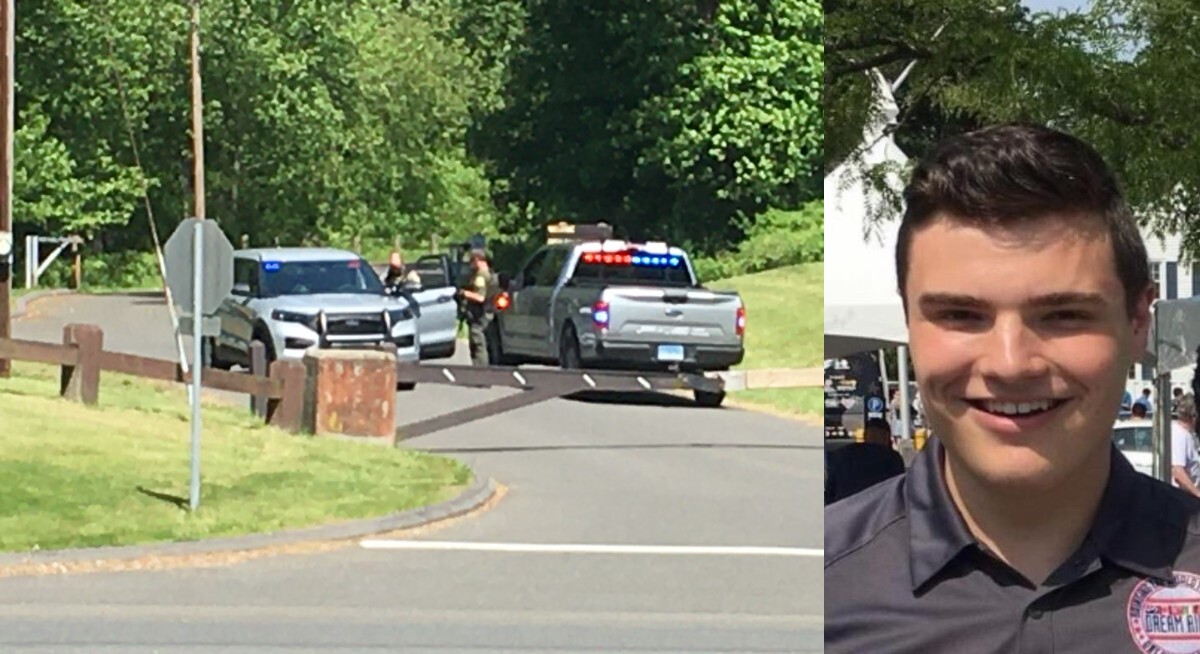 Duryea officials said they called in officers from surrounding towns and state police Tuesday night and used a helicopter to help with the search of the railroad tracks and woods, but they didn't find anyone and called off the search after several hours.

Manfredonia, a University of Connecticut student, was wanted in the machete killing of 62-year-old Ted DeMers and wounding of another man in Willington, Connecticut, on Friday. Manfredonia went to another man's home, held him hostage and stole his guns and truck, then drove about 70 miles southwest to Derby, Connecticut, state police said.

In Derby, police found Manfredonia's high school friend, Nicholas Eisele, 23, shot to death in his home. Authorities believe Manfredonia then forced Eisele's girlfriend into her car and fled the state. The girlfriend was found unharmed with her car at a rest stop on Interstate 80 in Columbia, New Jersey, police said.

Manfredonia then took an Uber to a Walmart in East Stroudsburg, not far from the New Jersey border, Pennsylvania State Police said.

A lawyer for Manfredonia's family said he has struggled with mental health problems, but did not show signs of violence.