Philadelphia's new police reforms include a requirement that recruits live in the city for a year prior to joining the force. An analysis of the newest recruiting class show that many of the newest officers come from outside the city.

City Council passed legislation Thursday that would mandate the city only hire people -- including aspiring police officers -- who have been living in Philadelphia for at least one year prior to the job appointment.

The bill is one of several police reform bills that Council approved this week in the wake of the George Floyd protests. It has also raised questions about residency in general -- and whether police officers should be required to live in the very city they patrol.

The NBC10 Investigators examined police recruitment and city payroll data to determine where current police officers live and from where the newest officers moved. The analysis found that the zip code where the most cops live is in the Northeast section of the city, and one in five city cops now live in the suburbs. It is full circle for some: Many police recruits come from suburban towns.

Philadelphia Police hire recruits from all over the country. This map shows where the latest class of 57 new police officers come from.

The recruitment legislation, which passed 16 to 1, now goes to Mayor Jim Kenney for a signature. Republican Councilman Brian O'Neill, who represents Northeast Philadelphia, voted against the bill.

The mayor, however, has expressed reservations. He believes limiting the applicant pool to just city residents would negatively affect recruitment of top talent and diversity for the police department and other city offices. He is not alone. The police union also opposes it. And criminologists say there isn’t evidence to show that limiting recruitment to just city residents would help diversify the force in the long run.

But Council members have said that in a city of 1.5 million people, there should be enough qualified people for city government jobs.

“We should do this so we can get more of our residents into good family-sustaining jobs,” Councilwoman Cherelle Parker said during a hearing last week on the bill.

And if residents are lacking the skills to become police officers, Parker said, more training should be done.

“If we need to better educate and train our constituency, that’s on us,” Parker said. “And we need to work to get that done.”

The NBC10 Investigators examined police recruitment and city payroll data to determine where current police officers live and from where the newest officers moved. The analysis found that the zip code where the most cops live is in the Northeast section of the city, and one in five city cops now live in the suburbs. It is full circle for some: Many police recruits come from suburban towns. City Council passed legislation Thursday that would mandate the city only hire people -- including aspiring police officers -- who have been living in Philadelphia for at least one year prior to the job appointment.

For decades, the city recruited its civil service workforce from within the Philadelphia borders -- with some exceptions. But in 2008, Council passed legislation that allowed for new city employees to move into the city within six months of starting to work for the city.

And so, the police department was able to recruit candidates from all over the country.

For example, the most recent class of recruits to graduate consisted of just more than half Philadelphia residents. And the rest were from suburban counties but also as far as Florida, Chicago and New York.

Those are the demographics that advocates of the residency bill say need to change. They want recruits and a police department that better reflects the minority-majority city. 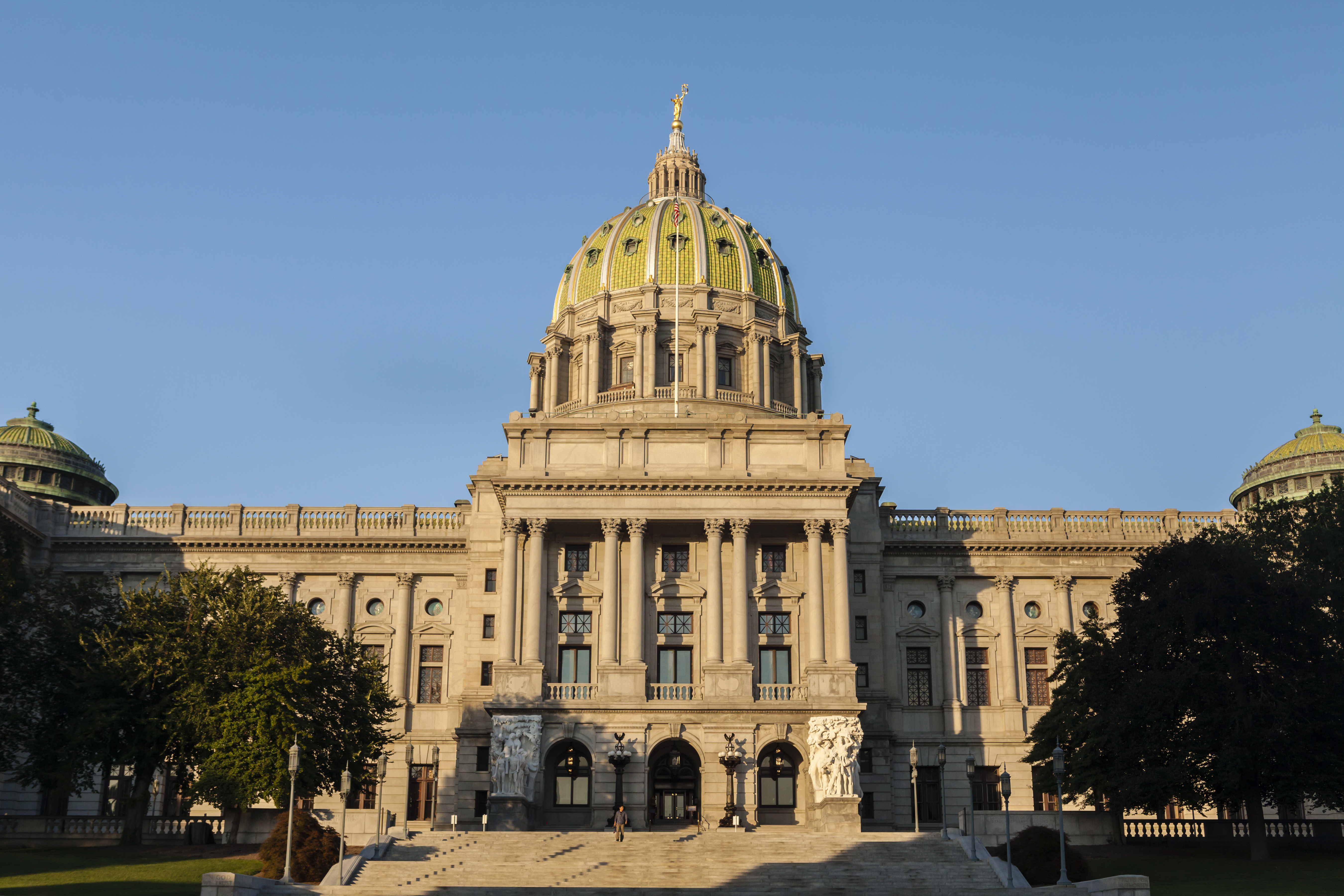 “I’m for recruiting more and more minority candidates, particularly Blacks. But we have them here in Philadelphia. 46% of our population is African American,” anti-violence activist Bilal Qayyum said in an interview with the NBC10 Investigators.

The Philadelphia police force is currently made up of 56% white officers.

Robert Kane, head of Drexel University’s criminology department, said there isn’t research to show the effects of restricting recruitment to city limits. But he doesn’t think it will go well.

“I think they're going to find that this is going to limit their applicant pool to a huge extent,” Kane said.

“If I live on this block and I’m a police officer, people are going to act differently and behave differently,” Qayyum said.

This map shows the level of violent crime per Philadelphia zip code since 2017, as well as the number of police officers who live in each zip code in and outside of the city.

Note: There were 868 violent crimes for which the data did not include zip code.
Source: Philadelphia Police Department

Anecdotally, some residents say a constant police presence does serve as a deterrent. Others say they simply feel safer knowing a police officers lives down the street.

“Do I feel safer with cops on my block? 100 percent,”  said Karen Pirmann, a longtime resident of Northeast Philadelphia.

Her street is home to several police officers. It is in a zip code that is home to more than 500 Philly cops, plus the FOP lodge.

“I truly back the blue. 100 percent,” she said. Pirmann is a frequent shopper at the FOP store. Her daughter was wearing a “Philly Strong” FOP t-shirt, while they spoke to the NBC10 Investigators.

The far Northeast is where many cops settled when they were all required to live in the city. It was the furthest they could get from the city while still being in the city boundaries.

But 10 years ago, the police union successfully negotiated that the rules be relaxed. After five years on the force, officers may live outside of the city limits.

John McNesby, president of the local Fraternal Order of Police, said that officers wanted the flexibility of selecting a different school district.

“Mostly the schooling system. Most people want to move to a bigger house for less money, bigger land. I mean, it's all the common things that most people want during their life,” he said.

The NBC10 Investigators reviewed city payroll data to see where officers live. More than 20 percent of officers now live in the suburbs. Many chose towns just over the border in Bucks County.

The Kenney administration has vowed to get rid of the five year residency waiver. But that can only be done through labor bargaining and arbitration.

McNesby said it took years to get the residency waiver. He is not looking to give it up.

“People are getting tired of the city. It's not safe. The lack of leadership. It's terrible. There's no backbone. There's no support for the officers out there,” he said.

Kane, the head of Drexel’s criminology department, studied community policing in North Philadelphia in the late 1990s. He found that residents did not actually want police living in their communities.

“The cops are kind of seen as getting up in their business.  They don’t like it.”

Kane also said there is no evidence to suggest a direct correlation between where police live and low crime.

“It appears that police will practice kind of extra guardianship of the local area because they live there,” Kane said. “Whether that reduces crime or not is another story. We don't quite know.”

The NBC10 Investigators looked at violent crime data for the last three years in Philadelphia, broken out by zip code.

The zip code which includes Hunting Park and Nicetown-Tioga had the highest number of violent crimes-- more than 2,700 since 2017. That area has about 30 police officers living there.

The far Northeast, where more than 500 police officers live, had less than 200 violent crime incidents since 2017.

But in between those two, the statistics varied greatly. For example, the zip code with the third highest number of violent crimes has more than 100 police officers living there.

Officers are not allowed to patrol in the same police district where they live, according to long-standing department practice, a police spokesman said.

Still, longtime resident like Sandra Webb who live in high-crime neighborhoods think having more police around can only be beneficial. Webb said she wishes there was more positive interaction between police and residents.

“I don’t really see police around here,” Webb, who lives in Hunting Park, said. “They go cruising by. But as far as getting out, walking, talking to the neighborhood? No.”

Asked if the officers were from the neighborhood or lives nearby, does she think that would change, she widened her eyes, nodded and said: “Yes.”