While most people were busy thinking about what gifts they were going to receive this holiday season, 12-year-old Charlotte Olson had another idea. She set the goal of collecting 1,000 books for the Read and Reach Out program in her local town of Vorhees, New Jersey.

This week, after sorting through the boxes and boxes of donations, she fulfilled the goal and proudly delivered 1,303 books to Cooper University Health System.

“I've always wanted to do something like this and help others," she said. “When I was little I dreamt of being on the news and collecting for people.”

Charlotte began her project through word of mouth. She started by telling family, friends, and neighbors about her goal and placed a large box for donations on her family’s front porch. 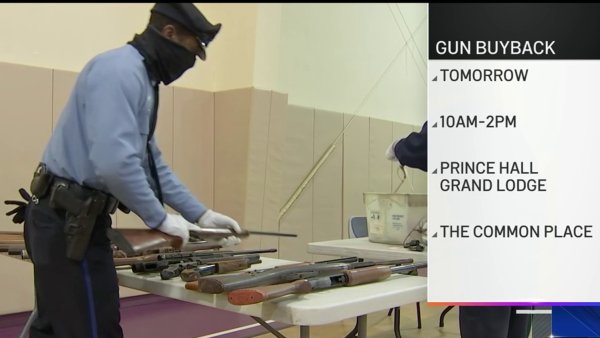 She then moved on to local businesses, like Cutting Times Salon in Berlin, New Jersey, Moozies Play Café in Turnersville, and Angels of God clothing closet in Pitman. Charlotte asked the business to place a donation box in their store.

Through more efforts on social media, the word got out about Charlotte’s book drive, and even she didn’t expect the outcome.

“My goal was 1000 but I didn't expect to get over that,” Charlotte admitted.

Luckily, she was proven wrong. Charlotte ended up taking in over 2,000 books between all her donation centers. She also raised $250 to purchase new books for the Read and Reach Out program.

Pediatricians at the Children’s Regional Hospital said the donations are greatly appreciated.

“The more words kids hear before the age of three, the better their language is, better life course,” said Dr. Mohammed Jawaad Hussain. “I tell my patients it's a better chance for getting a college scholarship.”

The Read and Reach Out program was established at the hospital in 1998 and allows doctors to gift books to their patients to get them reading, both on their own and with parents. With 92 programs across the state, Read and Reach Out serves over 75,000 children annually.

Charlotte is currently working towards her community service award for National American Miss Pre-teen New Jersey 2017, a pageant she has participated in for the past two years. Coincidence or not, Charlotte’s aspirations happen to lie right where her books have gone.

“I kind of want to be a doctor, an emergency room doctor."