Need a Job? The Census is Hiring for up to $27 per hour

Most of the temporary jobs are for census takers, who work in the field.

Need a job? The U.S. Census Bureau is hiring thousands of temporary workers in the Philadelphia area -- and paying then up to $27 an hour -- to help with this year's census count.

The bureau is hosting dozens of job fairs throughout our region to help hire temporary workers, including census takers, census field supervisors, recruiting assistants and clerks. Most of the openings are for census takers, who verify addresses, collect responses to the census or double-check census data.

Here's where to find a list of Census job fairs in the Philadelphia area.

8 Things You Need to Know About the 2020 Census 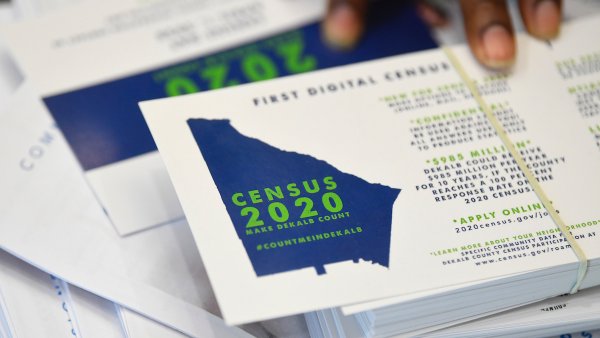 Facebook to Tackle Efforts to Interfere With 2020 US Census

In Philadelphia, pay ranges from $23 to $25.50 an hour. Plus, field workers in all these locations are field employees will be reimbursed for authorized work expenses, including mileage while conducting census work.

Interested? In addition to the job fairs available this month, applicants can call 1-855-JOB-2020 and select option 3. Or head to the U.S. Census' web site. Click here to learn more about Census jobs and click here to apply.

The Census is held every 10 years, as required by the U.S. Constitution. It counts citizens, non-citizen legal residents, non-citizen long-term visitors and undocumented immigrants in the United States, according to the Census Bureau.

The Census determines each state's representation in Congress and about $675 billion of federal funding.