The combination of variable weather caused treacherous conditions and low visibility for drivers.

A storm brought a mixture of snow, sleet and rain to most of our region Thursday, snarling roads throughout the area and closing many schools early or opening late Friday.

More than eight inches of snow fell in parts of Bucks and Lehigh counties while more than three inches fell in Philadelphia. Check here for a list of snow totals across the region.

Missing Attachment Snow is falling in many parts of the area as the start of this first winter storm of the season begins. Here’s what to expect. 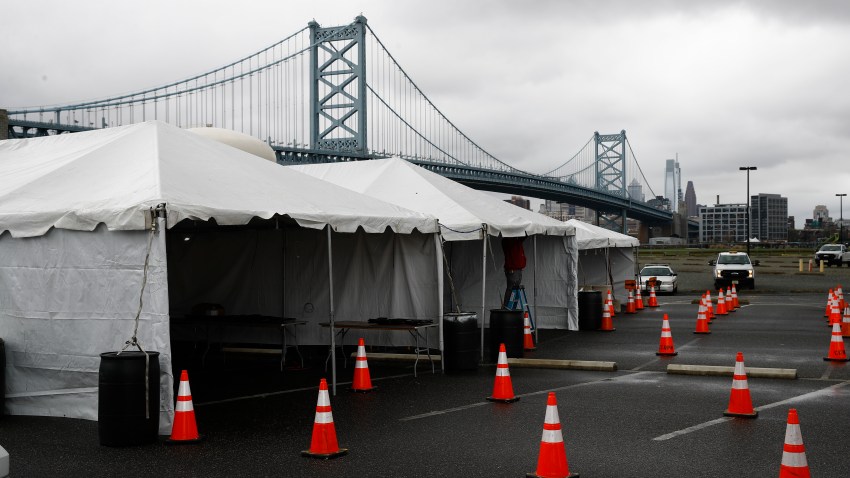 While neighborhoods like Buckingham, King of Prussia, Milton and Easton continued to experience rain and snow early Friday morning, the weather system was expected to dissipate as it continued its northeasterly route.

By Friday afternoon, temperatures were expected to reach the 40s.

The big burst of snow moved in around 10 a.m. Thursday before transitioning into sleet and rain around 2 p.m. The mixture led to a slushy mess on roads that caused accidents and travel delays across the region. The rain and snow continue overnight into Friday morning before moving out around daybreak.

The rain led to localized flooding in parts of the area, including I-76 in the area of South Street.

The combination of variable weather caused treacherous conditions and low visibility for drivers. Both SEPTA and Amtrak experienced cancellations and delays throughout the day and night.

For the latest information on travel and transportation related to this storm, click here.

At least a dozen flights had been cancelled or delayed, PIA spokeswoman Diane Gerace said.

Rain showers continue into early Friday morning but will end before sunrise. The weekend, meanwhile, will be dry but cool with temperatures in the 40s and 50s.

And if you haven't had the chance to check it out yet, meteorologist Glenn "Hurricane" Schwartz shared his annual Long-Range Winter Weather Forecast.