US Airways to Become American Airlines

US Airways has sealed an $11 billion merger deal with American Airlines to create the world's biggest airline, the airlines announced Thursday.

US Airways is the dominant airline at Philadelphia International Airport operating 70-percent of the airport's traffic. Airline spokesperson Todd Lehmacher says 10 million passengers a year travel US Airways in Philadelphia.

Under the merger, US Airways CEO Doug Parker would run the combined airline. American CEO Tom Horton would be named non-executive chairman for a period of one or two years.

The new airline would keep its headquarters in Fort Worth, TX. The company would also keep the American brand, with the US Airways name to go away. 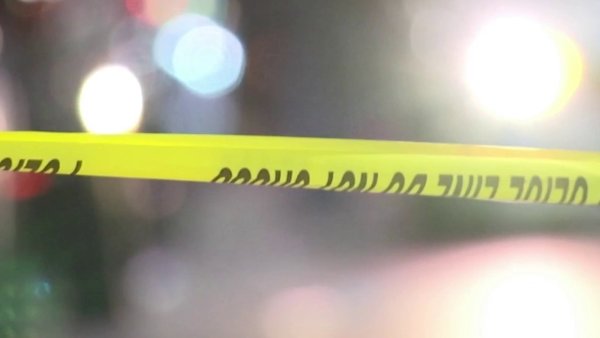 Man Found Shot to Death in Chair Inside Philadelphia Home

Philadelphia would remain a hub for the combined airline. US Airways handles 450 flights and American Airlines 15 flights every day at Philadelphia International, according to the airlines. There are eight daily US Airways departures from Lehigh Valley International Airport.

The Wall Street Journal first reported that both boards had voted on Wednesday to approve the merger.

The deal has been in the works since August, when creditors forced American to consider a merger rather than remain independent. American has been restructuring under bankruptcy protection since late 2011.

Together, American and US Airways will be slightly bigger than United Airlines. Travelers won't notice immediate changes.

Both airlines will operate independently until the merger is completed. The airlines expect the deal to close later this year.

"It's business as usual for US Airways operation today and our employees continue to focus on getting customers to their destination on time," Lehmacher said.

Philadelphia Mayor Michael Nutter says the merger will make the airport stronger and an increase in air service could lead to more job opportunities.

“As PHL’s primary carrier, US Airways has played a major role in our city’s success competing in the global marketplace.  I am eager to learn more details about the proposed merger, and I am optimistic about the possibility of more international air service to Philadelphia," said Nutter.

During the past five years, the airline industry has seen the combinations of Delta with Northwest, United with Continental and Southwest Airlines Co. with AirTran. Further consolidation is likely to raise airfares. The price of a domestic round-trip flight has climbed more than 11 percent since 2009, when adjusted for inflation, according to the Bureau of Transportation Statistics.

The merger will give a combined American and US Airways Group Inc. the ability to increase fares. United, Delta and Southwest would be likely to follow. Although it could also pave the way for further expansion by discount airlines such as Spirit Airlines Inc. and Allegiant Travel Co.

YOUR MILES WILL BE SAFE

After the merger is approved, the two airlines will likely combine the frequent flier miles into one program and elite status from one airline will likely be honored on the other. That puts the occasional traveler closer to rewards.

The merged carrier will continue American's participation in the OneWorld alliance, which was founded by American, British Airways, Cathay Pacific and Qantas. Today, it has 12 airlines including Finnair, Royal Jordanian and Japan Airlines. US Airways will leave the Star Alliance, which includes rival United Airlines, Lufthansa, Air Canada and 24 other airlines. Alliances allow passengers to earn and redeem miles on partner airlines.

If the deal is approved by American's bankruptcy judge and antitrust regulators, the new American will have more than 900 planes, 3,200 daily flights and about 95,000 employees, not counting regional affiliates. It will expand American's current reach on the East Coast and overseas.

"The merger between US Airways and American Airlines provides an opportunity for non-stop flights from PHL to Asia and other international destinations, as well as better connections for other routes around the world," Nutter said in a statement.

The merger is a stunning achievement for Parker, who will run the new company. Parker's airline is only half the size of American and is less familiar around the world, but he prevailed by driving a wedge between American's management and its union workers and by convincing American's creditors that a merger made business sense.

"In the short-term, this deal is going to take about two years to happen, so we've seen airlines raise prices, attempt to at least three or four weeks, that's going to continue regardless of this merger," said Rick Seaney with Farecompare.com. "Long-term prices will be higher, it'll be tempered by the economy and how much we can afford to pay for tickets right now. That's what's holding prices down at the moment."

Just five years ago, American was the world's biggest airline. It boasted a history reaching back 80 years to the beginning of air travel. It had popularized the frequent-flier program and developed the modern system of pricing airline tickets to match demand.