What's Killing the Songbirds in Pennsylvania?

Hundreds of young songbirds have died in the last month -- and wildlife experts don't know why.

A mysterious illness is causing a high number of songbird deaths across Pennsylvania, New Jersey and Delaware. Local wildlife experts first became aware of the unknown health condition in late May, and have since seen it spread throughout the area.

Scientists have ruled out a number of causes -- such as West Nile Virus and avian influenza virus-- but they still haven’t found the culprit. Diagnostic laboratories, including a collaboration between The Pennsylvania Game Commission and the University of Pennsylvania’s School of Veterinary Medicine’s Wildlife Futures Program, are trying to determine what's going on.

“At this early stage, we do not know what is causing the illness. Diagnostic tests are pending,” Penn Vet Communications Director Martin Hackett wrote in a statement to NBC10. “Investigations of newly emerging wildlife diseases are always a challenge due to all the unknowns – and it takes time.

Symptoms of the illness include crusty and swollen eyes that make it difficult for the birds to see. Neurologic issues that cause the birds to stumble, fall over or have erratic flight patterns are also common.

The disease has killed songbirds including blue jays, robins, common grackles, starlings, cardinals and finches. It is most common in young birds who have just left the nest.

The occurrences appear to be concentrated where the borders of Pennsylvania, New Jersey and Delaware meet. 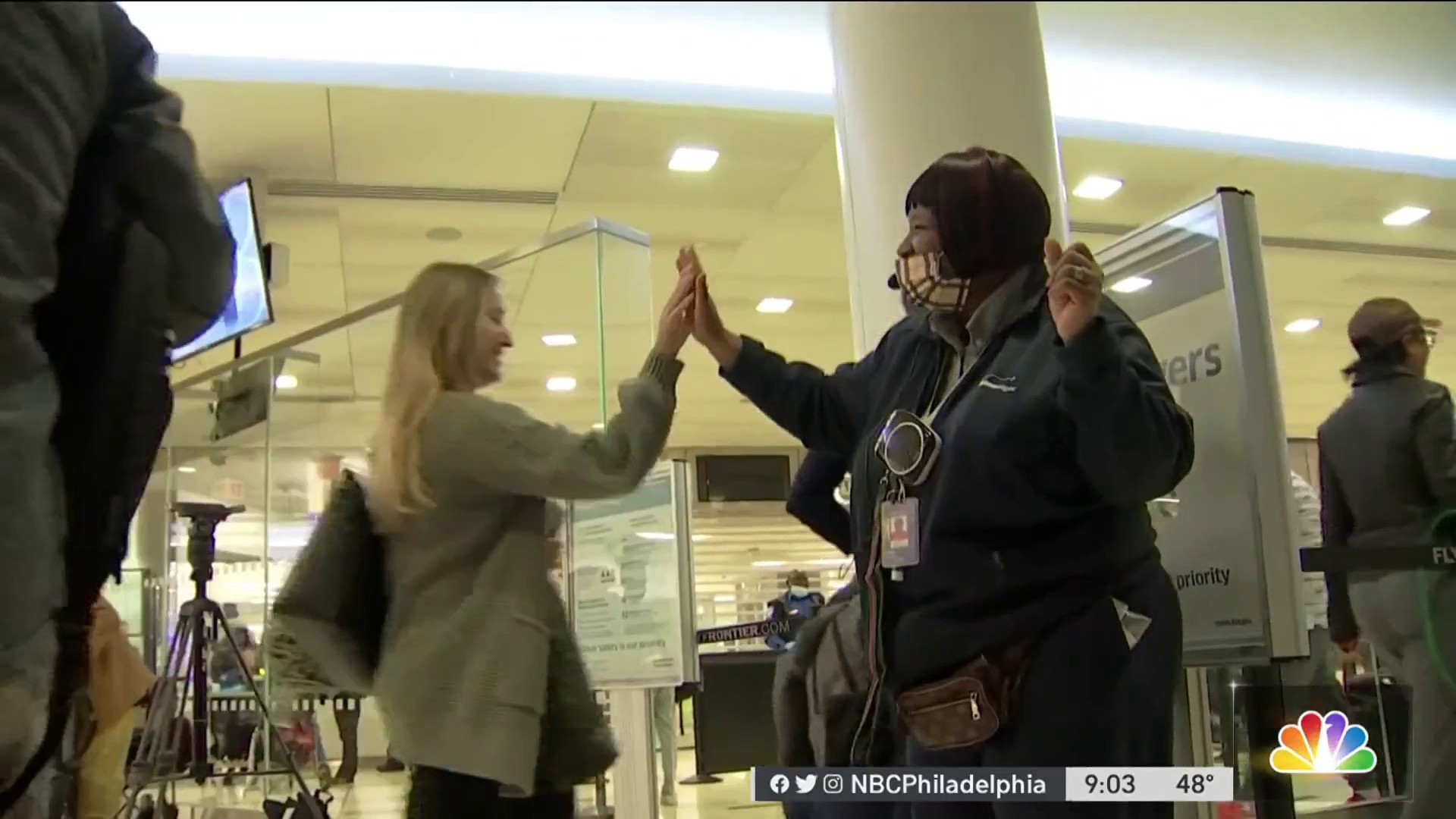 The Pennsylvania Game Commission believes about 500 bird deaths are associated with the mysterious illness statewide.

Nicole Lewis, a wildlife veterinarian at the New Jersey Division of Fish and Wildlife,  said she has received around 30 carcasses of birds killed by the health condition, as well as around 50 emails each day from New Jersey residents reporting dead or deceased birds.

Wildlife biologist Jordan Terrell, who works for the Delaware Department of Natural Resources and Environmental Control, said she suspects about 100 birds have died from the illness in Delaware.

Delaware and Pennsylvania are recommending that people take down their bird feeders and bird baths for the time being to stop birds from gathering and potentially spreading the illness.

“Since we're not sure what it is, we can't guarantee how it spreads, so just eliminating a lot of those areas in which birds would not normally congregate naturally is the first step to take,” Terrell said.

New Jersey is only recommending that you take down and clean bird feeders and bird baths if you find dead or deceased birds on your property. To properly clean your bird feeder, use a 10% bleach solution and then let it air dry.

Jason Weckstein, the associate curator of ornithology at the Academy of Natural Sciences of Drexel University, said that it is probably smart to take a conservative approach and ask people to take their bird feeders down. He added that not all of the affected species are feeder birds, pointing to the American Robin.

He believes it is possible there is more than one problem that is causing the mortality event, and said more sampling must be performed on the birds to determine what’s going on.

“There’s a lot of missing information and I think throwing birds out is going to make it hard to get that information,” Weckstein said.

If you see a dead or diseased bird in New Jersey, you can email Lewis at nicole.lewis@dep.nj.gov with all of the information you have, including the county or township and any photos. Lewis recommends wearing gloves, double bagging the bird and disposing of any dead birds in your regular garbage. If the bird is alive, you can take it to your local wildlife rehabilitator or call animal control.

In Pennsylvania, you can report occurrences to the Wildlife Futures Program online. The state is also advising people to dispose of dead birds with household trash to prevent disease transmission to other birds and wildlife.

If you find a dead bird in Delaware, you should bury it or throw it in the trash, Terrell said. But if it’s a fresh carcass that shows symptoms of the unknown illness, Terrell might be interested in sending it to the lab as a sample.

“This mortality event we’re relying heavily on the public to help us out — removing those feeders, those bird baths and making those reports is really crucial,” Terrell said. “The public has been a great help because obviously we can’t have eyes everywhere in the state.”