Hours after an explosion turned part of the South Fork development in Ewing Township, N.J. into a war zone, Terry Myers was standing among the debris, capturing the scene. But he wasn’t using a camera, rather a laser to record every inch of the ruins.

“It was from the standpoint of let’s collect, let’s memorialize if you will, that scene and then down the road if somebody wants to know ‘Where did this piece of debris wind up? Or ‘Where was this excavation? Or ‘Where was this machinery?’, we have that all documented,” he said.

A forensic investigator with Abington, Pa.-based DJS Associates, Myers is frequently one of the first people on the scene of tragic events like the March 4 blast that killed a homeowner and injured seven utility workers.

Government agencies, insurance companies and defense attorneys from across the country deputize DJS to preserve the evidence left behind incidents ranging from fatal car crashes to slips and falls to building collapses like last summer’s deadly failure along Market Street in Philadelphia.

A staff of engineers take the data collected by investigators like Myers, using physics and that digitized physical evidence, to determine how an incident happened, says Steven Schorr, the company’s president.

The 53-year-old firm, founded by Schorr’s father in 1961, has even investigated how bugs wound up inside a candy bar. 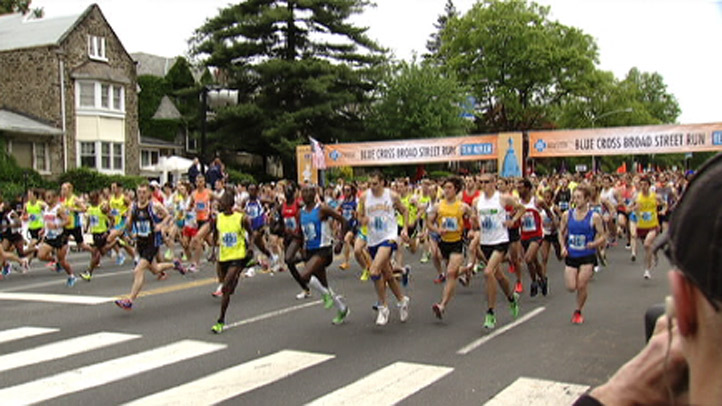 When the expertise needed doesn’t fit into the in-house team’s wheelhouse, Schorr says they bring in outside experts. DJS is currently having a chemist analyze the material used in a popular exercise band, which has reportedly resulted in serious burns on a number of wearers.

The DJS team uses a sophisticated set of tools to take a snapshot, with great detail, of the physical evidence at the scene.

What in the past would be done with a surveyor’s wheel and level, is now a laser imaging system that maps a scene -- capturing tire tracks, trees, telephone poles and any other important evidence in a matter of minutes any time day or night.

“The entire machine rotates, and while it’s rotating, the laser is spinning. And while it’s spinning, it’s collecting thousands, if not hundreds of thousands of points a second,” Myers said. “That laser scanner allows me to bring that site, on a laptop, back into the office so [the engineers] can analyze the physical evidence.”

These digital composites, which the firm has been creating since 2003, are then used in court to demonstrate how an accident happened, Schorr says. A combination of these maps, which resemble heat imaging, superimposed photographs and Google maps can be packaged together to recreate an incident for the judge and jury.

“So visually, if I can show them ‘Here’s our scan. Here’s how well our scan matches up to the Google Earth. Our scan is three-dimensions, let’s get in there and see the wires, see the mailbox, see the telephone pole’ and just those things…brings understanding,” Schorr said.

THINGS AREN’T ALWAYS WHAT THEY SEEM

The DJS folks say the technology is no replacement for the work done by its engineers and investigators, but the high-resolution imaging helps to provide the clearest picture possible.

Schorr recalled a recent case, which he was unable to provide more detail about due to client restrictions, where a girl was struck and killed along a New Jersey roadway.

He said the girl’s family was convinced she was walking on the shoulder of the road when hit. However, Schorr said, the data collected at the scene helped to determine that just wasn’t the case.

“The physical evidence on the roadway established very clearly that the only way that the pedestrian could have gotten to her point of rest…was if she was in the middle of the roadway at the time. Isaac Newton would be spinning in his grave if someone came to say she was walking on the shoulder at the time,” he said. “It would have been very nice to make them feel better, but the physical evidence said otherwise."

While there are plenty of high-profile incidents that result in the loss of life, limb or physical harm, DJS has also begun to use its scanning tools for less macabre projects.

Construction companies and architects have tasked the firm to record phases of the building process. Schorr says the contractors want proof that walls are in the correct place and piping was done correctly.

Historic preservation is another area where the technology has been utilized. DJS teamed up with preservation organization CyArk to map, digitize and preserve the Frank Lloyd Wright designed Beth Sholom Synagogue in Cheltenham, Pa. in 2012.

The Lincoln Memorial on The National Mall is the current project. Over two days, crews took 70 scans and countless high-resolution photographs of the monument from many angles – while it remained open to the public.

“While we were doing our work, people are milling around and the scanner scans those people. But we scanned from so many different vantage points that we ultimately get those points on the pillars, on the statues that you’re looking for because we have that overlap there,” Myers said.

A large scale job, DJS will be heading back down to Washington, D.C. in the coming weeks to finish scanning in the memorial – including its large basement, which most people don’t know even exists.

“Down in the basement of the Lincoln Memorial, they actually have things written on some of the pillars. The builders actually drew cartoons and they have them covered in Plexiglas. At one point, they said they used to allow the public down there, but they don’t let people down there anymore,” Schorr said.

The finished scans, overlaid with the high-definition images, which DJS provides to CyArk free of charge, will then be placed online, just like Beth Shalom, for people all around the world to virtually explore.

“We’re very excited about finishing up that project and if everything goes well, we’ll hopefully be joining them on other projects there on the Mall,” Schorr said.