The Kensington Community Food Co-Op announced its permanent home Sunday, but opening the doors on the brick-and-mortar location is still a distant milestone for the organization.

“The co-op needs to raise on its own around $500,000,”said Jeff Carpineta, a founding board member of the Kensington Community Food Co-Op (KCFC).

That capital, along with additional financing from a lender, is needed to build-out the 4,200-square-foot first-floor commercial space at 2654-2672 Coral St. in the city’s Kensington section  – a working-class neighborhood that has a Thriftway and a Save-A-Lot that many say lack healthy food options.

“It is not like opening a typical clothing store,” said Carpineta, who added KCFC could begin the rehab in 2015 if funds are in place by the end of the year. “There are intense needs for power and cooling. City standards for health compliance."

Other cooperatively-owned local grocery stores, including Mariposa in West Philly, CreekSide in Elkins Park and the 41-year-old Weavers Way that began in Mt. Airy, have experienced similar financial challenges as they evolved from a community initiative to a fully-operational shop.

“We had the same struggles they are having,” said Glenn Bergman, general manager of Weavers Way, which opened its second location at 8424 Germantown Ave., Chestnut Hill in 2010.

Weavers Way carried no debt and had about 3,000 households as members when it bought the Chestnut Hill property, Bergman said.  But before it could acquire the building, the co-op raised nearly $700,000 through member loans, he added. 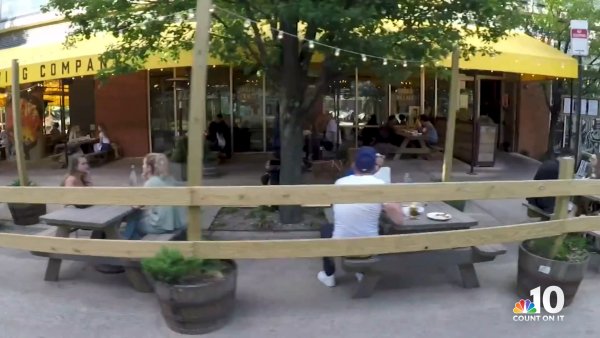 “It helped us leverage more loans from the bank,” Bergman said.

Carpineta said KCFC will roll out a member loan campaign this fall to help generate the $500,000 needed.

“These are not things that people have to do,” Carpineta explained. “But even if a portion of the membership base does that, it gives us the funds to help us secure a loan.”

Even though member loans, which are typically short-term with percentage rates ranging from 0 to 4 percent, are not required, one local banking expert says it is crucial step.

“Co-ops that have been the most successful are the ones that get the most amount of member loans in conjunction with bank financing,” said Jay Goldstein, president of Philadelphia-based Valley Green Bank.

“You are going to need certain people to step up to the plate,” Goldstein continued. “Otherwise it is a startup business with no one standing behind it because no one is going to personally guarantee it since they are just members.”

Meanwhile the organization, which has 415 members prior to the announcement, is working to more than double the current membership base to further demonstrate its fiscal strength.

“When we can go to the banks and say we have 850 members,” Carpineta said, “it is important to hit that target in order to get the financing commitments from the lenders.”

Another 25 people signed up after learning the location Sunday, when KCFC leaders also touted the various payment plans that let members spread the $200 fee across 5-, 10- or 20-month periods, Carpineta said.

Aside from the affordable payment options, KCFC officials say the highly visible location along the busy Lehigh Avenue corridor will attract more people to join.

“A lot of people didn’t feel confident until they knew where the store was going to be,” said Carpineta, who described the Coral Street location as a nexus between East Kensington, Port Richmond and the area north of Lehigh Avenue.  “It could be a uniter of people.”

The now-defunct O’Reilly’s bar sits on the co-op’s future site, which angel investors acquired for $280,000 in February, according to city property records.  The acquisition includes an 18-car parking lot and a liquor license, which allows KCFC to sell take-out alcohol and serve alcohol in the approximately 400-square-foot café the organization has planned for part of the first-floor.

KCFC intends to purchase the building from the current owners, who agreed to 10-year lease with a 10-year extension option, as well as an option for the member-based grocery store to buy the property, Carpineta said.

“We would like people to as soon as possible to make an investment in the project,” he said. “Because we need it to make it a reality.

Until the store opens, the co-op will continue to sell groceries every other Tuesday out of the second floor of Circle of Hope at 2009 Frankford Ave.