Millennials Drawn to Northwest Philly, But Will They Stay?

After spending a few years in Cleveland, the 34-year-old and his wife returned to Northwest Philadelphia — where they had met at Philadelphia University years earlier while getting their degrees.

Nostalgia was certainly part of the reason why, but location and the local job market comprised more of it.

"You can actually step back and breathe a little bit," says Casalina of the quiet neighborhood he's now called home for nearly a decade. 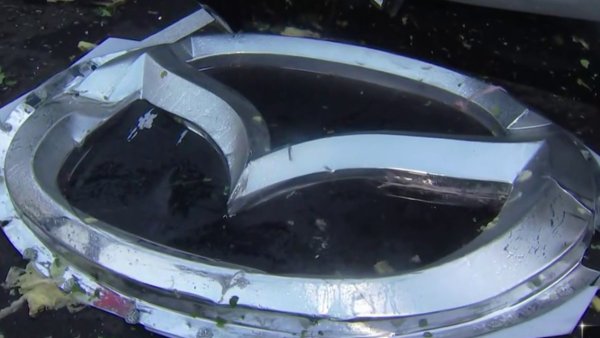 ‘It Looks Like a Bomb Went Off': Tornado Tears Through Bucks County

The young couple bought their row house on Mitchell Street in 2005, a month before they got married. A toddler and an infant are now making memories there, too.

Still, when it comes to the future, Casalina's mind is made up: He's not sticking around.

"None of us want to move, but we can't play roulette with our kids' educations," he says, noting that private school is financially off-limits.

And so, Jenkintown, in nearby Montgomery County, is shaping up as the leading candidate for the young family's next landing.

Or, put more simply by Larry Eichel with the Philadelphia research initiative of the Pew Charitable Trusts, the age bracket's "affection for Philadelphia is conditional."

In a Pew study Eichel helped publish earlier this year, half of the millennials (adults between the ages of 20 and 34) surveyed said they definitely or probably wouldn't be living in the city in the next five or 10 years.

And what were the top reasons given? The city's schools and job prospects.

Northwest Philly as an outlier

That's not to say there are fewer millennials in Philadelphia.

Roxborough and Manayunk, in particular, have witnessed some of the most sustained and noticeable growth during that period.

Other zip codes have seen similar spikes, but 19128 (Roxborough) and 19127 (Manayunk) are the only spots outside of the Center City and its surrounding neighborhoods and University City.

Census Bureau estimates for 2000 show that millennials made up 42.4 percent of Manayunk's population.

As of 2012, the final year of a five-year estimate, young adults now comprise about 60 percent of the population.

Growth in Roxborough was more modest, but still noteworthy.

During the same period, the millennial population grew from roughly a quarter to a third of Roxborough's population.

Millennials have flocked to Manayunk's narrow, hilly streets since the late 1990s.

With St. Joseph's University and Philadelphia University nearby, it's been a natural fit for college students looking to rent. It's also traditionally been a popular post-grad option.

Michael Abbattista rented in Manayunk as a junior and senior while studying at St. Joe's. After getting his diploma, there wasn't much debate about where to live next.

"I just know it's just a different kind of lifestyle," says Abbattista, 22. "It's kind of more of a production."

It also didn't hurt that he landed a job at a tech-consulting company in nearby Conshohocken, a 10- to 15-minute drive from the apartment he shares with friends.

But while there are plenty of Michael Abbattistas in Manayunk, Jane Lipton — executive director of the Manayunk Development Corporation — says more and more of the neighborhood's millennial population are not fresh out of college.

Many of them are what she calls "returners."

"They've come back to Manayunk and said, 'You know what? I had a good time when I lived here. It was a nice neighborhood to live in; it was a great location to live in, the people were wonderful,'" says Lipton.

Most of them, she adds, didn't grow up in the neighborhood.

Inside a Starbucks on Main Street, Manayunk's main commercial corridor, Ainsley Maloney's eyes light up when she talks about the neighborhood.

She's been much happier since moving back a couple years ago following a four-year stint in suburban New Jersey.

Accessibility is a big part of Maloney's love affair with Manayunk — accessibility to restaurants, to shopping, to friends.

Maloney, who grew up in a "very, very" small town near Wilkes-Barre, also really likes Manayunk's tight-knit, but sociable vibe.

Thing is, she wasn't expecting to enjoy her second tour so much.

"When I was in college, I felt like it was just college kids and that there wasn't a place for me if I was older," she says. "I don't know if it's changed, but coming back I was surprised that I was, like, 'Oh, I feel at home here, not like an alien in a college town where everyone is so young."

Roxborough has less history with millennials who are in or just out of college.

Traditionally, the neighborhood has been geared more towards homeowners than renters.

A number of them are people who rented in Manayunk as undergrads and decided to stay in the area when they were ready for a mortgage.

"Roxborough has never been up-and-coming, but it has always been a stable neighborhood with a lot of amenities," says Guet.

Guet sees Roxborough and Manayunk as two halves of the same pod. He strongly suspects that the millennial homeowners and renters look at the area the same way.

The symbiosis, he says, has helped keep people in the area.

Roxborough, for example, covers the more basic, everyday needs like banks and supermarkets. Whereas Manayunk offers a play to eat a nice meal, go shopping or grab a gift.

"There is no competition," says Guet.

Affordability, though, has been a more critical catalyst.

While other popular neighborhoods in and around Center City have become pricier over the years, Roxborough and Manayunk's standard housing stock — twins and row homes — is still considered a good value.

There are also more properties available in the area than 20 years ago.

Like many neighborhoods in Philadelphia, Roxborough and Manayunk were, for decades, bastions of homeownership.

Residents moved in and rarely left, historically passing down properties from one generation to another.

More recently, though, that trend has gradually changed. In fact, it's contributed to an increase in millennials, especially over the last few years.

"You saw a lot of those people give up their homes and move elsewhere. It was a shift," says Connie Gillespie, a veteran realtor with Elfant Wissahickon Realtors. "As the age of the population shifted and homes were updated ... they appealed more to that new generation of buyers. "

And as more millennials move in, developers have become increasingly interested in building new homes in the neighborhood, sometimes to the chagrin of residents.

A developer, for instance, currently has his eye on a historic Green Lane property. Neighbors are fighting efforts to raze the building to make way for a set of townhomes.

MDC's Lipton says it's the same process that hot spots such as East Passyunk and Kensington are currently going through. Manayunk has simply already gone through the growing pains of associated with changing demographics.

"When kids move into the neighborhood now, more times than not, they're living next door to someone who is younger than 40 years old, who is not so old that they can't remember what it's like to have fun, but is also willing to knock on that neighbors' door [when there's a problem]," says Lipton.

It is worth noting that neighborhood safety is perhaps the biggest and most consistent difference between Roxborough/Manayunk and other shifting neighborhoods.

The two neighborhoods have very little violent crime. Roxborough has been ranked first or second in safety in the city for years.

For the most part — and not that surprisingly — Lipton and Guet both think this "evolving" shift has largely been a boon for the area.

Both say local millennials in the area are often doing more than just resting their heads in the neighborhood. They're getting involved in the community and working to protect it.

For Lipton, it's been a welcome shot in the arm that's led to new community-driven projects — such as the ongoing push for a new food coop — and the revival of old ones.

"They really do care," says Lipton. "They join, they sign up, they let their opinions be known."

Adds Guet, "If there's a tree missing, they're going to tell us."

View from the neighborhoods

Other community leaders like Kay Sykora are also pleased with what they've noticed in different pockets of the area.

Sykora has lived in both Roxborough and Manayunk over the past 15 years.

She says area residents are "a little more open" now than when she first moved in. To Sykora, the neighborhood has always been filled with good, caring people, but not necessarily the types to reach out to new neighbors.

"They weren't unfriendly, they just didn't think that 'Hey, you're a newcomer and maybe it'd be nice to talk to you,'" says Sykora.

So, do Sykora and others see millennials continuing to come to Roxborough and Manayunk?

The short answer is yes. From everything they see, the trend appears to be going full steam ahead.

The big unanswered question, though, is whether it will translate to a new generation of long-time owners.

Most of the millennials interviewed for this story couldn't firmly commit to the area long-term.

Down the line, they might want more space, a yard, lower income taxes, to send their kids to a decent middle school or high school.

The area's elementary schools are generally well regarded and, importantly, have considerable parent involvement. Things become trickier when it comes to middle school and high school.

Roxborough resident Meredith Hankins then, is perhaps the rare millennial who doesn't waver much on whether to stay or go.

"I don't see anything wrong with raising a kid here all the way through high school. I think it's an awesome area," says Hankins, 29.

In April, Hankins, a hair salon manager on Main Street, bought a small house near Gorgas Park, often mentioned as a neighborhood highlight.

She admits the decision was mostly financial. The mortgage on her house is far less than what she was paying for rent.

Still, like Casalina, she has fallen in love with the neighborhood and can't see herself leaving anytime soon.

She likes the walkability, the amenities and the proximity to Center City and the suburbs.

Even if she wanted more space down the line, Hankins says she would want to stay in the neighborhood.

As for schools, she's a public-school product and would prefer her kids to follow in her footsteps.

"I feel like it kind of evolved with me," says Hankins of the neighborhood. "When I was here, I felt like there were a ton of college kids and then as we've all gotten older, I feel like a lot of them have stayed and purchased and gotten into their careers and gotten married. I feel like everyone is kind of staying along the same timeline as I am."