A woman who police say died after being drugged and raped in a Miami Beach hotel room was visiting Florida from the Philadelphia suburbs. Two North Carolina men face charges in the case.

Christine Englehardt of Bucks County, Pennsylvania, died Thursday morning after being found at the Albion Hotel on Miami Beach, police in Florida said. She was 24 years old.

Her father told NBC Miami that Englehardt traveled to South Florida from her Richboro home.

"It is just very sad to see someone die so young, she didn't deserve it, it was horrible," Khamermesh

Two North Carolina men are accused of drugging and raping the Pennsylvania woman. Evoire Collier, 21, and Dorian Taylor, 24, also stand accused of stealing Englehardt's credit cards and cash and using them during their trip to South Beach.

According to police records, surveillance footage showed the two men entering the hotel lobby Englehardt, at about 1 a.m. on Thursday, March 18, then exiting the hotel without Englehardt about 30 minutes later. Both men matched the description given to police and were stopped and detained by detectives Sunday. 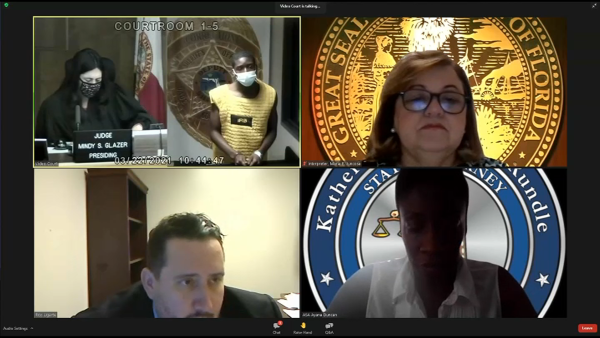 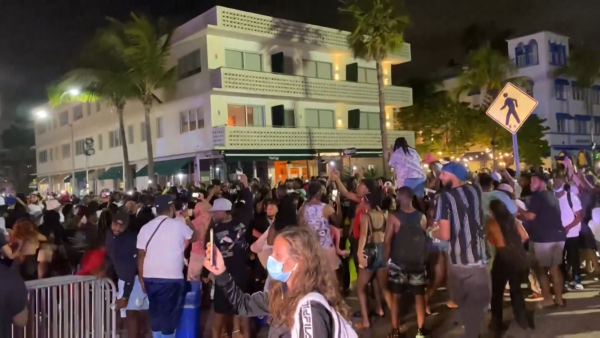 One of the Miami Beach detectives on the case testified at a bond hearing Monday and said that based on the surveillance footage, Englehardt was staggering and appeared to be in no condition to give any kind of consent prior to entering the hotel. He added that one of the defendants actually helped hold her up as they went up to her hotel room.

Investigators are trying to determine whether the victim's death resulted from a "green pill" the men supplied, but the Miami-Dade Medical Examiner’s Office said Monday it is conducting further tests, and no cause of death has been determined pending a toxicology report.

Collier and Taylor are facing charges of burglary with battery, petty theft, sexual battery and credit card fraud. If the drug they are alleged to have given to Englehardt is proven to have played a role in her death, they could also be facing a manslaughter or murder charge.

Detectives said that one of the defendants admitted to having sex with Englehardt.

Both Collier and Taylor have been appointed public defenders for the time being. During the bond hearing, Collier's sister pleaded with the judge saying he has never been in trouble before.

"I’m severely bewildered by these charges and accusations against him, but I can attest for his character and I can attest for responsibility of him standing trial for whatever charges," his sister said. "If you please let my brother come home and let our family handle the situation appropriately we will do whatever is necessary that Miami-Dade County asks of us."