It's the latest appearance for Mary Lee who surfaced near Atlantic City's coastline on May 31 and near Cape May, New Jersey and Rehoboth Beach, Delaware over the Memorial Day Weekend.

Mary Lee just can't stay away from the Jersey Shore. The 16-foot, 3,456-pound great white shark surfaced in the water off Ventnor City, New Jersey Tuesday, according to the nonprofit shark-tracking group OCEARCH.

It's the latest appearance for Mary Lee who surfaced near Atlantic City's coastline on May 31 and near Cape May, New Jersey and Rehoboth Beach, Delaware over the Memorial Day Weekend.

Researchers have been monitoring the shark’s movements after tagging her off Cape Cod back on September 17, 2012. Since then she’s made several trips to New Jersey.

What's going on? 4 hours ago 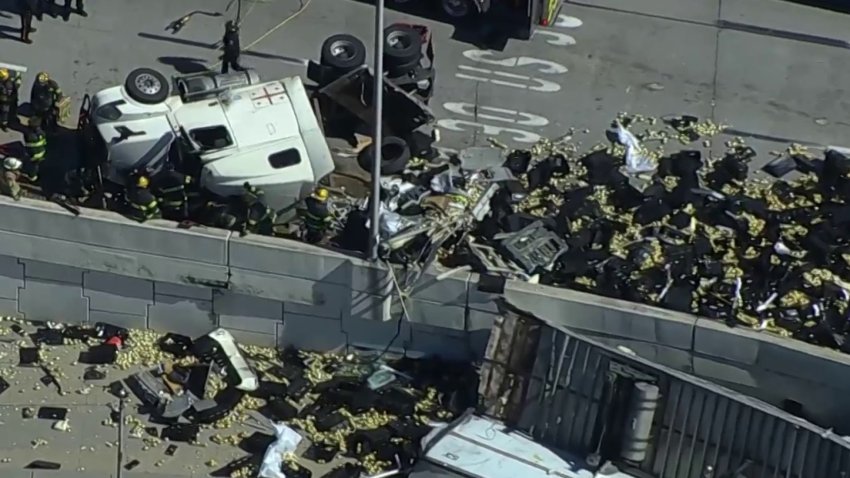 Mary Lee isn't the only shark in our region. Cisco -- weighing around 362 pounds and measuring 8-feet, 7-inches -- appeared on May 26 at the mouth of the Delaware Bay, slightly closer to Lewes, Delaware, than Cape May.

OCEARCH expedition leader Chris Fischer says the group's mission is to gain data about the great white shark population in hopes of protecting fish in the ocean. He says people shouldn’t fear a shark being in local waters. Instead, they should celebrate it because of what a shark means to the ocean ecosystem.

"People should be terrified of an ocean that's not full of sharks. They keep everything in balance," Fischer said. "So, if we want to make sure that our great-grandchildren can eat fish sandwiches, we need lots of big sharks."