Police are warning women in the area to be careful and be aware of their surroundings following recent attacks.

Police in South Philadelphia are warning women in the area to be aware of their surroundings following two recent attacks.

According to investigators, they're looking for a man who they say choked and robbed two women in the early morning hours Saturday and Sunday.

The first attack happened Sunday around 7:30 a.m. on the 600 block of Catharine Street, according to investigators. Police say a man riding a bike approached a woman from behind. He then allegedly choked and robbed her of various credit cards and $300 in cash before fleeing east on Catharine Street.

The second attack happened Monday morning around 6:30 a.m. on the 400 block of Christian Street. The man once again approached a woman while on a bike and choked her, investigators say. During that incident, authorities tell NBC10, the suspect choked the woman unconscious. When she woke up, she says her purse, iPhone and cash were gone. 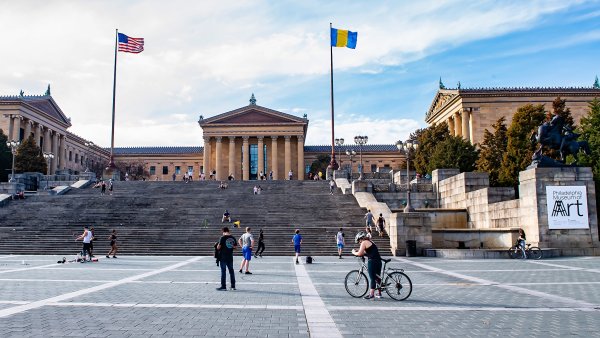 Police are describing the suspect as a medium to light-skinned black male in his 20s, standing between 5-foot-9 and 6-feet tall. He was last seen wearing a white T-shirt. One of the victims also told police he was riding an older model black pedal bike.

On Tuesday police released surveillance video of the suspect:

Anyone with information on either of the two incidents is urged to call Philadelphia Police at 215-686-3013.