A man accused of shooting six police officers during an hourslong standoff last year in North Philadelphia will remain in jail as he awaits trial, a judge ruled.

Though some charges against him were dismissed during his virtual hearing Thursday, judge Karen Y. Simmons ordered Maurice Hill held until trial on multiple charges of the most serious alleged offenses, including criminal attempted murder, aggravated assault on law enforcement officers, both aggravated and simple assault and reckless endangerment of another person.

Because of COVID-19 restrictions, Hill’s hearing was held digitally via Zoom.

Hill stands accused of holing up in a row home on 15th Street in the Nicetown-Tioga neighborhood in August of last year and firing more than 100 rounds using an AR-15-style rifle and a handgun at officers who were serving a narcotics warrant. 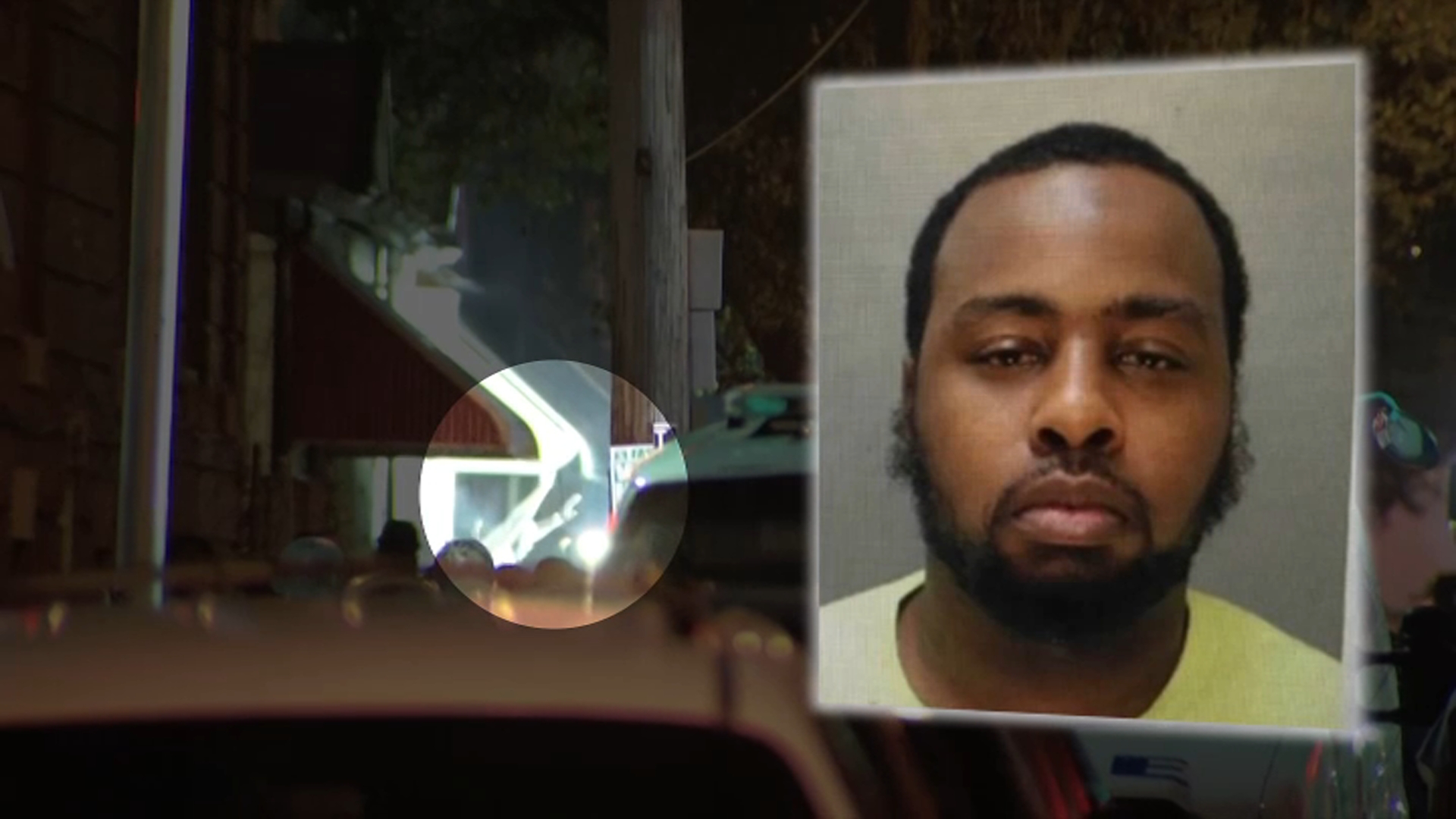 Several officers testified Thursday and recounted a hectic ordeal punctuated by a hailstorm of bullets and confusion as to where the gunfire was coming from.

“I could see the flash, I could see smoke coming out of the windows. There was so much gunshot at one point someone thought the house was on fire, but it was just gun smoke,” Philadelphia Police Sgt. Edward McLaughlin, who said he was responding to an officer needs assistance call, testified.

Like other officers, McLaughlin said he heard gunshots coming both from upstairs and downstairs and from the front and back of the house and saw “skid marks” as bullets ricocheted off the pavement.

When he arrived, the sergeant said he took cover behind a pickup across the street from the front of the house before a bullet struck one of the truck’s ladder racks and caused him to fall backward, thinking he got hit. As other officers checked on him, McLaughlin said, one officer with a long gun stood over them before that officer himself got shot in the hand.

The sergeant said he directed two officers to carry the wounded officer away as he provided cover fire. He would stay behind the pickup until a SWAT team eventually led him and others away.

“When the loud noise of the gunshots would start happening, we would put ourselves against the back of the truck, our backs to the truck, and we would see the mortar of the bricks just coming out,” he said.

Officer Michael McGady said he arrived toward the rear side of the house and took cover behind another house as bullets rang out.

“It was extremely rapid,” McGady said as he described the gunfire. The officer said he provided cover fire for the narcotics officer and “immediately” came under fire himself, the whizzing bullets making the sleeve of his uniform move.

He and another officer fired again toward the house before McGady grabbed the injured narcotics officer and led him to safety, he said.

Volunteers will help repair homes in Philadelphia’s Nicetown-Tioga section, where a man shot six police officers during an hourslong standoff in August. Many of the homes in the neighborhood sustained damage, including bullet holes.

The ordeal would last seven hours and ended when Hill finally walked out of the house and was taken into custody after negotiations involving everyone from Mayor Jim Kenney to then-Police Commissioner Richard Ross.

The standoff prompted a massive response to the largely residential North Philadelphia neighborhood, which is roughly 2 miles north of Temple University and about 4 miles north of Center City.

Hill's criminal record dates back almost two decades and includes convictions on illegal gun possession. He was first arrested as an 18-year-old in 2001 for illegally possessing a gun with an altered serial number, court records show. He was found guilty on five counts related to that arrest.

In 2002 he was arrested yet again and eventually pleaded guilty to possession of a controlled substance and criminal conspiracy.

Hill would continue to be arrested over the years, with his crimes escalating in severity. In 2008, he was convicted of resisting arrest, criminal trespass and fleeing from police. Three years later, he pleaded guilty to aggravated assault and was found guilty of perjury in 2013.

Philadelphia District Attorney Larry Krasner confirmed that Hill was convicted of federal weapons crimes in 2010 and was under the supervision of federal authorities up to around 2016. Federal court records indicate he was convicted of being a felon in possession of a firearm and sentenced to four years and seven months in prison, plus three years of supervised release.

We have surveillance video that shows the start of the shooting battle between Philadelphia police officers entering a home before they began to exchange gunfire with a suspect. One neighbor witnessed the entire ordeal through his Ring doorbell.

However, Hill was not convicted of dozens of other charges, including kidnapping, terroristic threats, illegally possessing guns, possession of controlled substances and simple assault. Other charges, like receiving stolen property and more gun and drug charges, were dismissed through the years.

In the aftermath of the shooting Krasner said his office would file charges to ensure that Hill “will never exit jail.”