Two men cased an area Laundromat overnight before going inside, handcuffing an employee and breaking into an ATM.

NBC10 cameras captured firefighters cutting the handcuffs off the victim inside the Laundry Depot Center off Cheltenham Avenue near the Cheltenham Mall in the West Oak Lane section of Philadelphia.

According to Philadelphia Police Capt. George Fuchs, surveillance video showed the two men sitting in a car outside the Laundromat waiting for their moment to pounce.

They were wearing masks entered the Laundromat around 4:30 a.m. Friday, handcuffed the victim and stole money before fleeing the area, according to authorities on the scene. 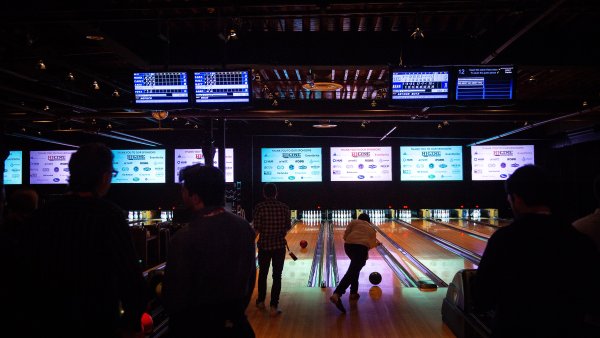 One man carried a gun while the other carried a duffel bag full of tools, said Fuchs.

The armed man forced the employee and a woman doing her laundry to the ground -- handcuffing the man, said Fuchs.

"At that point they both walked over to the ATM machine and the guy with the tools... opened the duffel bag started bringing out tools and breaking in," said Fuchs.

The men spent about 20 to 25 minutes in the store while the scared victims continued to lay on the floor.

"They actually did break into the machine and they did take an undisclosed amount of cash," said Fuchs.

According to investigators the armed man was wearing a gray hoodie and blue jeans while the man with the tools wore a blue hoodie and jeans. Both men kept the faces covered and wore gloves during the heist.

The men got away in a car.