The new Biden administration has some infrastructure experts thinking big, as the federal government under the Democratic president may fund projects to invigorate the economy like public transit expansion and offshore wind.

Harris Steinberg, a longtime urban development expert in Philadelphia, sees an opportunity for the entire Philadelphia region now that President Joe Biden is in charge of the federal government.

"The more we can invest in public transit, the better off we’ll be. There is a pretty intense traffic problem right now," Steinberg said of Philadelphia. "(In) any mature city like Paris, New York or London, you have a much more robust system."

Philadelphia and its bustling suburbs, from the Jersey Shore to the Lehigh Valley, have plenty of those opportunities waiting for the type of stimulus that only federal funding can provide (ie hundreds of millions, even billions, of dollars).

Here is a snapshot of five projects that could invigorate the local economy and change the landscape for decades to come:

Officials at the region's largest transit agency have for years discussed expansion of train service to King of Prussia and the extension of the subway to the Navy Yard south of the stadium complex. Neither have come to fruition for an agency now a decade and counting into its fare technology upgrade. The KOP extension of SEPTA's Norristown High-Speed Line remains in its "preliminary engineering phase."

But the ascension of Pete Buttegieg to head of the U.S. Transportation Department could lead to what he calls "generational" change in the way Americans commute. The ever-present roadblocks to any ambitious SEPTA expansion is the cost -- billions for most projects -- and a history of meager political willpower by local elected leaders to push for public transit over cars.

Steinberg said Mayor Jim Kenney could be a force in gathering political support to petition the Biden administration for funding, but Kenney hasn't shown much interest publicly yet.

"It would benefit from the mayor to get behind it and having a vision," Steinberg said of any infrastructure push. "Maybe that’s coming. I think the fact that President Biden is moving quickly on COVID and then a stimulus gives everyone the chance to push for it."

"This could be our moment," Steinberg said.

One massive opportunity is staring the region in the face, and that is a certain patch of Philadelphia 1/4 the size of Center City and waiting to be completely reimagined.

The 1,400-acre site along the Schuylkill River could be connected to the rest of Philadelphia by an expansion of SEPTA (see above). But Steinberg says there is an even more creative way to integrate the redevelopment behemoth with the rest of South Philadelphia: rip up the Schuykill Expressway (Interstate 76) and turn it into a boulevard.

"If that were made into a boulevard, you could connect Point Breeze with the refinery site so it’s connected to the rest of the city grid," Steinberg said.

He pointed to a proposal for $10 billion in federal funding that was included in the stimulus proposal introduced by Democrats in Congress recently. It's called Highways to Boulevards, and it's already a movement among urban developers.

"That could be a transformative project," Steinberg said of tearing apart I-76 and the refinery development overall. "It’s going to be transformed whether we like it or not. It could be a centerpiece project for the entire region."

The natural gas refinery closed in 2019 because it exploded, putting an end to a century as Philadelphia's largest polluter. The new owner, Hilco Redevelopment Partners, bought the site for $240 million in January 2020, and the company has a history of turning industrial sites into new urban developments. A plan to redevelop the site announced last year would take a decade to complete.

Wind Farms Off the Jersey Shore: Turbines on the Horizon

European energy companies and American utilities, with the urging of East Coast governors, have positioned themselves to make the 2020s the decade of wind power in the Atlantic Ocean.

A dozen projects calling for hundreds of massive wind turbines off the coast from South Carolina to Maine are waiting for approval by the federal government and states.

That includes two proposals for wind farms off the Jersey Shore, which combined would include 200 turbines and generate up to 2,500 megawatts of power. Gov. Phil Murphy has called for 3,500 megawatts of wind power by 2030, which would be enough to power a third of the state. 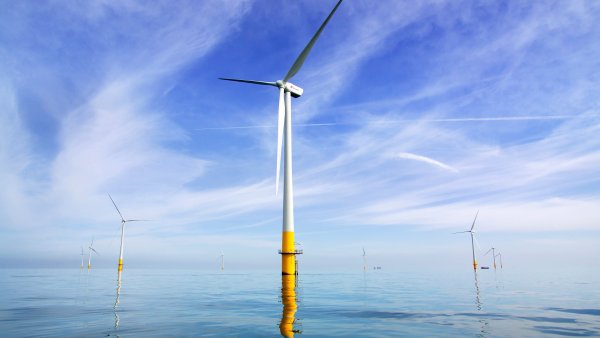 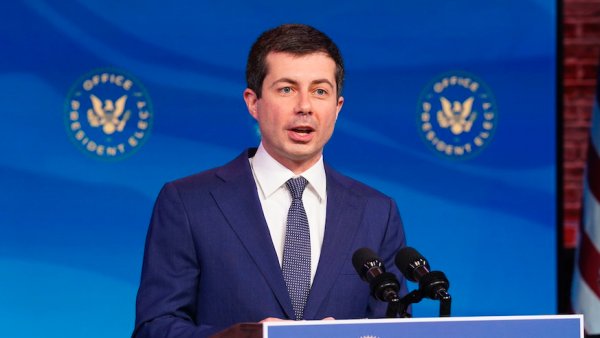 The Interior Department's Bureau of Ocean Energy Management didn't act on any proposals during President Trump's four years in office, but clean energy proponents are more hopeful for the wind farms during the Biden administration.

Many commercial fishermen and some charter fishing captains remain adamantly opposed to the wind farms because of their possible disruption to the sea-based industries in the Mid-Atlantic Bight. It is one of the most important fisheries in the United States, and one of the most unique aquatic ecosystems in the world.

SEPTA isn't the only transit system that serves the Philadelphia region and could certainly use a boost. The national rail system, Amtrak, needs billions in federal funding to become a true 21st century high-speed service.

Proponents have called for an Amtrak stimulus for more than a decade to increase speed and capacity as neglected rail infrastructure has actually decreased those two important areas of expansion.

Public transportation experts think that if Amtrak can't get expanded funding when a president known as "Amtrak Joe" is in office, it likely never will.

Yearslong discussions over the future of development around the 30th Street Station and other well-known features of the region's metropolis have not spurred on any signature mega-deal on the scope of, say, New York City's Hudson Yards or Dallas' The Central districts.

As recently as 2017, Philadelphia ranked 17th in metropolitan areas for new construction starts.

A plan to redevelop 88 acres around 30th Street Station has been in the works for years, but at the current pace could take decades to finish.

Philadelphians also are constantly asking about the Schuylkill River and Interstate 95, an elevated highway and artifact of last century's vision for a modern city.

Mayor Kenney's deputy managing director for the Office of Transportion and Infrastructure, Mike Carroll, said in an interview that the Kenney administration will continue pushing for developments like the 30th Street Station District and public transit expansion. But, he added, these things take a long time.

"It’s not necessarily going to happen in four years, but I am confident they will keep moving forward," Carroll said. "There is a lot of work involved and it's not going to be cheap. There is a lot to be accomplished if we do focus on infrastructure around places like 30th Street Station."