Nine-year-old Mariana Mendoza had to give up her pink bedroom and bike when her family moved from a two-story rowhouse into a cramped church annex last month.

But that's OK with her — as long as her mom is safe.

"Because if she didn't move, maybe they could deport her," Mariana said. 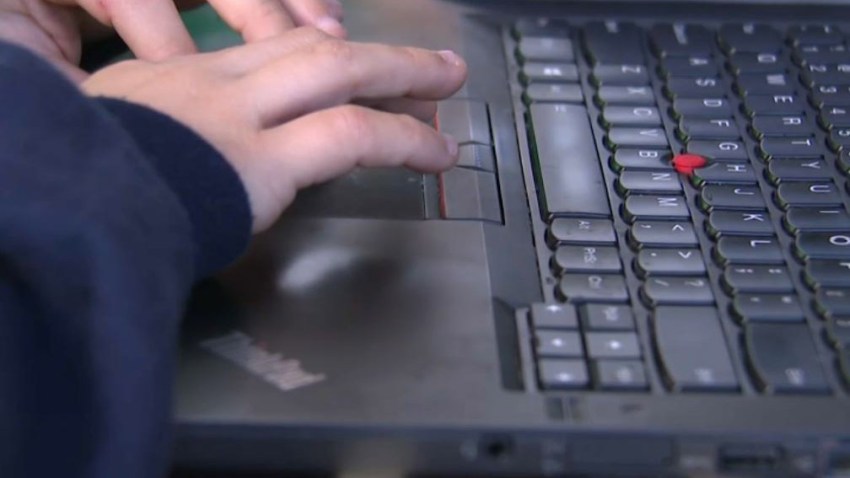 Her mother, Honduran immigrant Angela Navarro, has lived in fear of being sent back to her native country for 10 years. Tired of running scared, Navarro sought sanctuary at a Philadelphia house of worship while she and her supporters work to gain legal status for her.

"The hardest part has been leaving my life behind — leaving my house, my job, the inability to do normal family things, like going out for a walk or going shopping," Navarro, 28, said through an interpreter.

Navarro is one of about a dozen U.S. immigrants who have recently taken shelter in churches, where authorities generally won't pursue enforcement actions. The cases are unfolding as President Barack Obama seeks to curb deportations starting next year, an effort many Republicans oppose.

Immigration officials issued Navarro's final deportation order when she was 17. She had been picked up in 2003 while illegally trying to enter the United States to join her parents, who had received permission to live in the U.S. after Hurricane Mitch devastated Honduras.

Navarro defied the order and began living in the shadows to stay with her family and then-newborn son. Yet the stress eventually became too much, and on Nov. 18 she moved with her two children and husband, all U.S. citizens, into a renovated multipurpose room at West Kensington Ministry.

The church, led by Adan Mairena, belongs to the nationwide Sanctuary 2014 coalition of about two dozen congregations willing to protect immigrants in danger of being deported.

"It's a way for us to act out our faith," Mairena said.

Since last summer, three immigrants in sanctuary have won government reprieves and two have left their churches because they felt safe, coalition spokesman Sidney Traynham said. Four besides Navarro remain in refuge in churches in Denver, Phoenix and Tucson, Arizona.

Attorney Patricia Camuzzi Luber recently filed paperwork asking officials to suspend Navarro's deportation order and review her case in light of her marriage and Obama's executive actions, which could grant legal status to those who arrived in the U.S. as minors or who have American children.

Because Navarro's case remains unsettled, she stayed at the church last week while supporters rallied outside Philadelphia's office for Immigration and Customs Enforcement. Her mother made a tearful plea, and Mariana presented officials with a stack of petitions supporting her mom's request to stay, including a letter from U.S. Rep. Bob Brady, a Democrat who represents part of the city.

ICE officials wouldn't meet with the group but released a statement saying their agency "remains focused on smart and effective immigration enforcement that prioritizes the removal of convicted criminals and recent border entrants." Navarro doesn't fall under either category.

Navarro's children continue to attend school, and her husband still works as a truck driver, but Navarro won't leave the West Kensington property as she continues to organize her campaign with the help of the local New Sanctuary Movement.

Posters outlining her to-do list cover the doors to her makeshift bedroom, which looks more like a glorified closet. A portable wall in the main area separates the kids' sleeping area from the crowded living room. Meals are prepared in the church's kitchen, where food and appliances are tagged with notes labeled "Angela's stuff." Volunteers built a full bathroom before the family moved in.

Mariana and her older brother Arturo, 11, aren't thrilled about sharing a room, but she sees the bright side. At their old house, Mariana saw her mom only in the morning because she worked late hours as a restaurant cook.

"I'm happy here," Mariana said. "Now, every day I can always see her."