Two men, guns in hand, chasing another man into a Philadelphia Federal Donuts can be seen in surveillance images before and after a shooting that left the other man and a teenage boy injured.

Philadelphia police hope the surveillance video images help lead them to the shooters who opened fire inside the popular Northern Liberties restaurant on North 7th Street just after 1 p.m. on Thursday, June 10.

Besides shooting the man they were chasing, a 14-year-old boy was struck inside the popular doughnut and fried chicken spot that was filled with customers and employees during the lunch rush.

The men -- both believed to be in their 20s -- wore gray hoodies and pants as they ran down their 22-year-old target, police said. One guy stands around 6-feet tall while the other is around 5-foot, 9-inches tall. Each man is described as thin, police said.

The surveillance images particularly focus on each man's sneakers as their faces are hard to see. 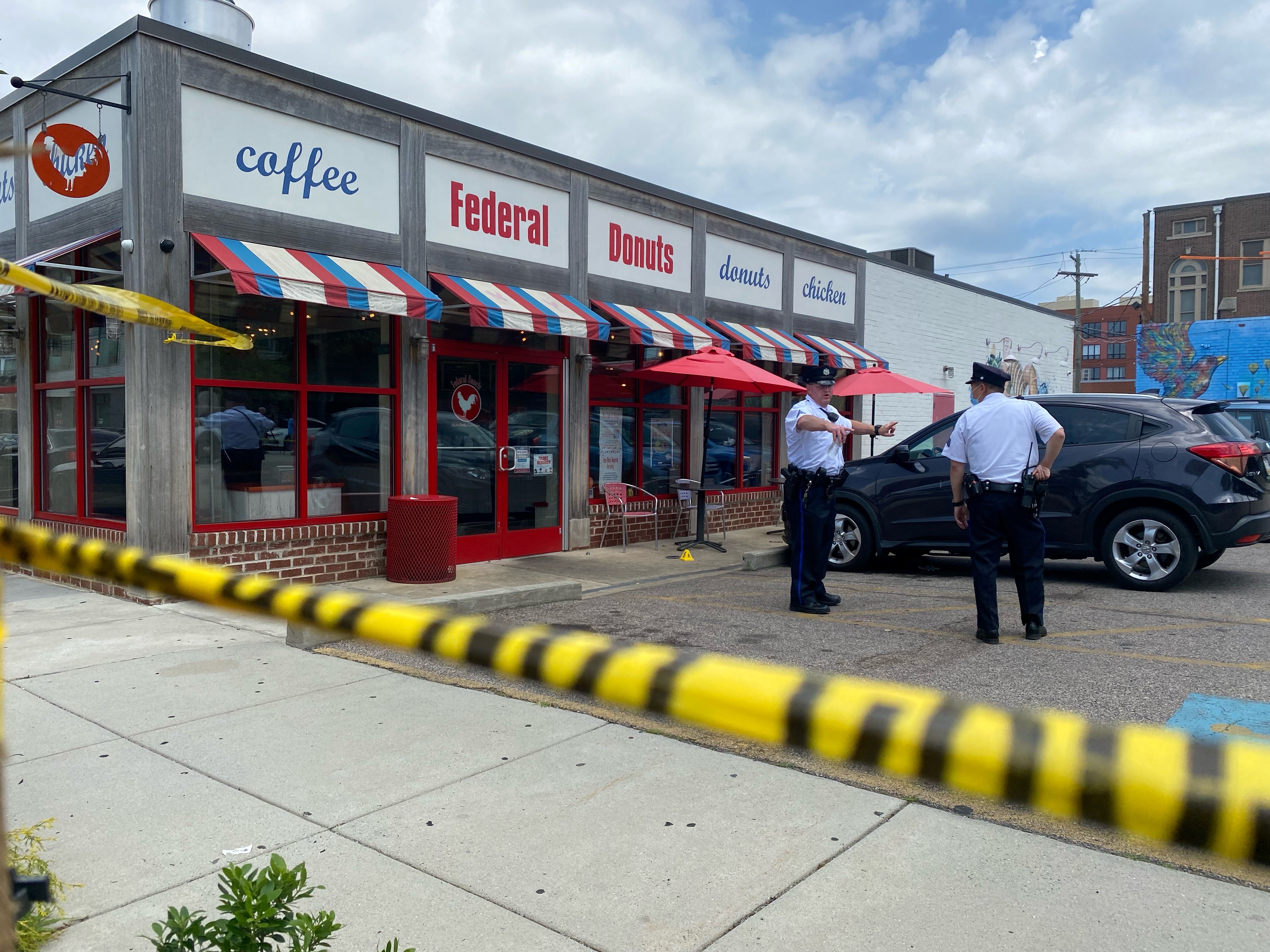 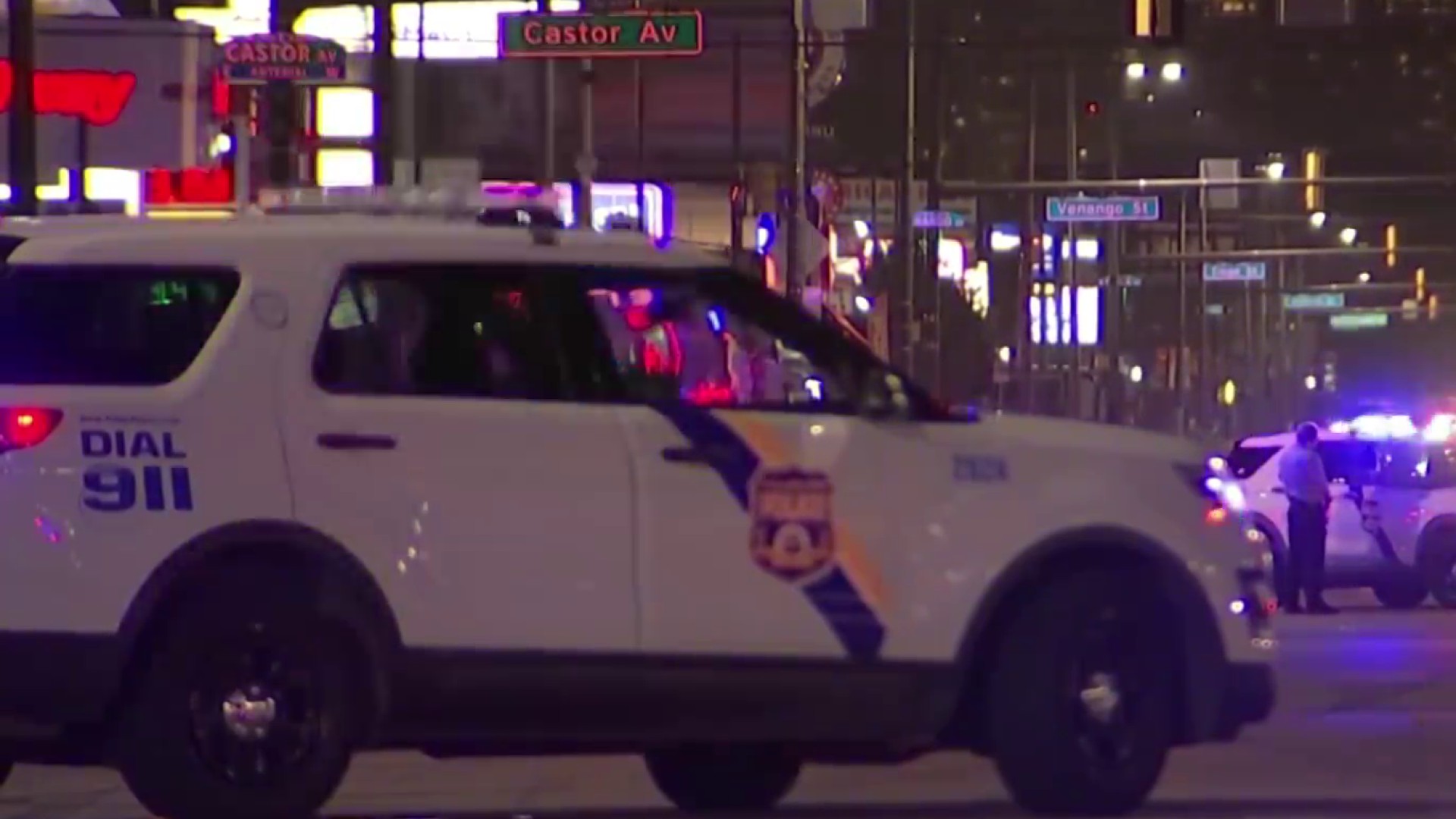 Philadelphia Police Commissioner Danielle Outlaw said last week that it wasn't clear why the gunmen were chasing the 22-year-old.

"If someone wants to shoot someone -- whether it's a pandemic, it's raining, it's snowing or whatever it is -- whenever they see them, regardless of the circumstances, they are going to shoot them," she said.

Anyone with information is asked to call 911. You can also submit a tip anonymously to police by phone or text at 215-686-8477 or online.