SkyForce10 was over the scene as hundreds of people painted the words “End Racism Now” in yellow letters in the middle of the street at Girard and Montgomery avenues around 8 p.m.

SkyForce10 was over the scene as hundreds of people painted the words “End Racism Now” in yellow letters in the middle of the street at Girard and Montgomery avenues.

“I mean it’s incredible," Ashley Coticchio, one of the volunteers, told NBC10.

"I don’t think I ever thought that I’d be part of something like this. It definitely makes you feel like you’re part of the community which a lot of times in the city you don’t get.”

Pastor John T. Brice, the Pastor of the St. James United Methodist Church, led and organized the event. Pastor Brice told NBC10 the yellow paint will likely be removed by the city as early as Wednesday morning and he's looking for a more permanent location for the message.

Protests and demonstrations have occurred around the world in response to the death of George Floyd and a wider conversation on racism and police brutality.

“We need to make sure we continue to focus on the past but also learn from the past, right? And if we don’t do that things are going to stay the same,” Blair Lamay Masiello, another volunteer, told NBC10. 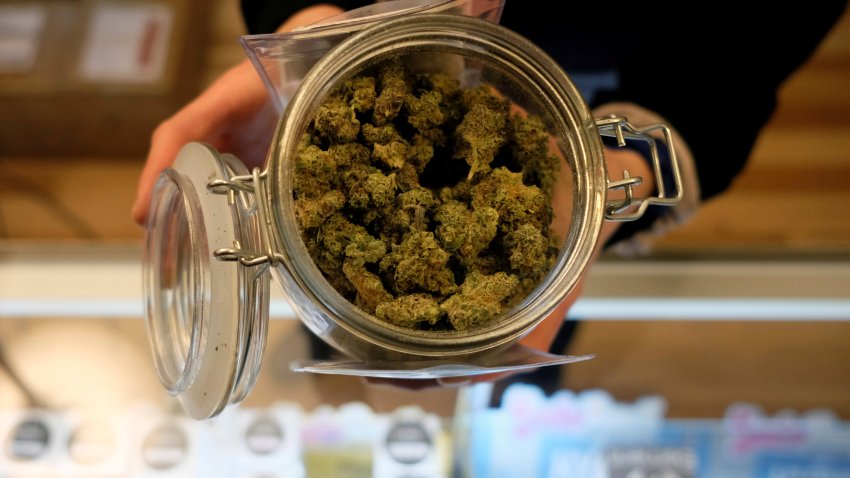 Fishtown was the center of controversy last week when a group of men armed with baseball bats walked through the streets claiming they were protecting the neighborhood following two days of looting and rioting across the city.

Their presence led to allegations of a double standard due to the men being out past a citywide curfew. Both Mayor Jim Kenney and Commissioner Danielle Outlaw spoke out against vigilantism and said they were troubled by reports that the group high-fived and posed for pictures with police officers.

Commissioner Outlaw also said at least one assault occurred after a group of residents shouted at the people with bats.

Black Lives Matter demonstrators gathered in Fishtown later that week for a protest where they were face to face with some of the "vigilantes."

“They’re Fishtown," Pastor Brice said. "I don’t want to get rid of them. Let’s change their hearts man. I know this is your neighborhood. Let’s just change the heart of the neighborhood so we can love on our neighbors. That’s it.”