The “Philly Rally for Solidarity” began around 4 p.m. Thursday as protesters gathered on 10th and Vine streets in Chinatown.

Chanting “enough is enough” and “hate is a virus,” hundreds of people marched through Philadelphia to protest racism and violence against Asian Americans in the city and beyond.

The “Philly Rally for Solidarity” began around 4 p.m. Thursday as protesters gathered on 10th and Vine streets in Chinatown. They then began marching toward City Hall.

Philadelphia residents gathered in Center City on Thursday to march in solidarity with the Asian-American community. The march is following numerous instances of racism against Asian-Americans nationally, and in our area. NBC10's Danny Freeman has the story.

Organizers said it was the first rally of its kind in Philadelphia.

“Pretty much just breaking the silence,” Simi Chung, one of the protesters, told NBC10. “We have to stand up for our parents. For their grandparents. Enough is enough and they work too hard to be where they are today to just result in violence.”

The rally was held as Philadelphia police continue to investigate two acts of racist vandalism in South Philadelphia and Chinatown. It also follows allegations from two Indonesian teenage girls who reported they were attacked by a group of four other teen girls at the City Hall SEPTA station.

Two Indonesian teenage girls say they were attacked by four other teen girls at SEPTA's City Hall station. They told NBC10's Aaron Baskerville they believe the attack was racially motivated.

Rallies for Asian Americans have occurred nationwide in the aftermath of the Atlanta shootings that left eight people dead, including six Asian women. When the crowd arrived at City Hall Thursday night, they held a moment of silence and read the names of the victims.

Over roughly the last year, despite hate crimes being down overall, anti-Asian attacks have become much more prevalent, with Pennsylvania and New Jersey among the states with the highest number of such attacks, according to data from groups that track these types of incidents. 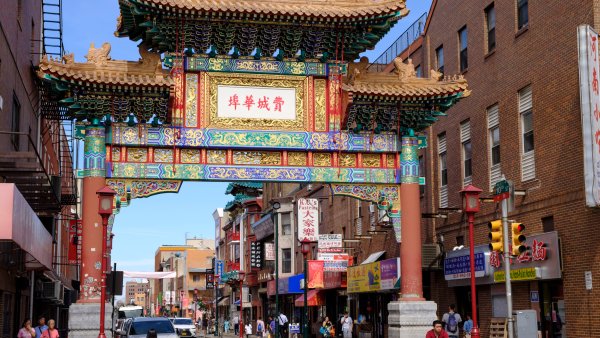 After Atlanta Shooting, Pa., NJ Confronted With Their Own Anti-Asian Crime Problem 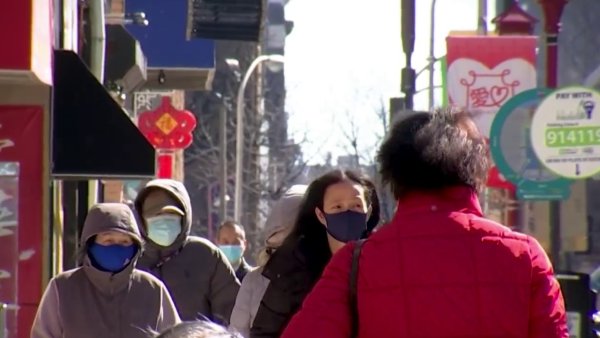 From March of last year to Feb. 28 of this year, physical assaults, verbal harassment, civil rights violations and online harassment against Asian Americans were up across the board, according to a study by the Stop AAPI (Asian American and Pacific Islander) Hate group.

Pennsylvania saw 97 such attacks, while New Jersey had 59. In addition, Philadelphia, specifically, was responsible for six anti-Asian hate crimes in 2020, a 200% increase from the year prior, according to an analysis released by the Center for the Study of Hate and Extremism at California State University, San Bernardino.

Philadelphia Police Department Commissioner Danielle Outlaw said that walking through the city’s Chinatown, she has noticed palpable fear among people, even before the Atlanta shootings.

“In personally going out and doing a walking tour, specifically in Chinatown, there was a lot of anxiety expressed around crimes against those who either are perceived, or are, of Asian descent of because of the pandemic, and that there was maybe some fear of reporting said crimes,” Outlaw said.

The department said it was temporarily bolstering police patrols around Asian communities and businesses in light of the Atlanta attack.