Hub for Hope, Homeless Center, Searches for a Home Underground

On any given night, about a third of Center City's homeless -- about 100 people -- sleep in the concourse under Philadelphia's Suburban Station. Project HOME's "cafe" -- a type of drop-in services center -- has operated there over the last three winters.

"First, they'd come and just sit and have a cup of coffee. But then we'd build a relationship with them, and that trust would really help people move out of the concourse and toward other services," said Karen Orrick, project coordinator for the Hub of Hope Cafe.

In 2011, a Mental Health Association of Southeastern Pennsylvania report -- "Can We Do Better on Behalf of Homeless Individuals Inhabiting the Downtown Concourse?" -- addressed the need for "out-of-the-box" interventions to help people who "despite routine and regular outreach to them, including offers of housing, remain in this state of affairs."

The report suggested on-site support offering medical care and running on a schedule that makes sense for people sleeping there – hours before the morning commuters come through. The Hub of Hope took these recommendations and offered a range of co-located services between January and April, including medical and psychiatric care, hospitality and housing referrals for high-risk individuals. About a quarter of those experiencing mental illness have a serious mental illness. 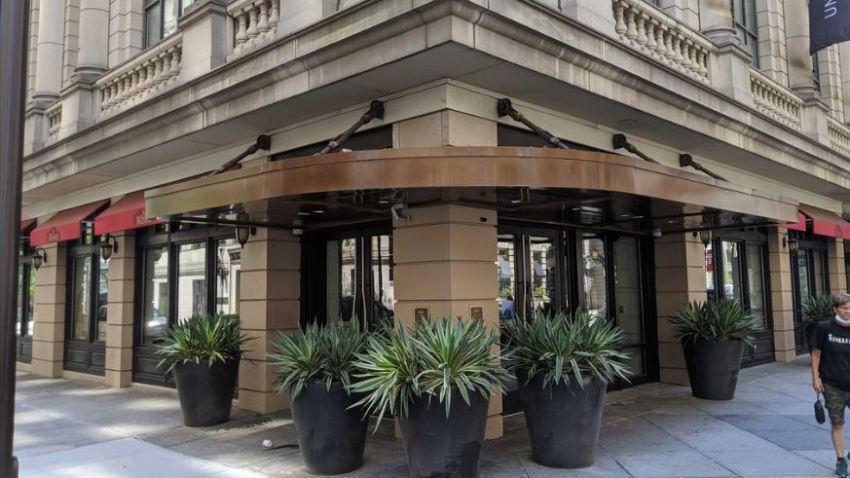 In a year where other homeless services have rolled out a bit more slowly [link], the Hub also lost its storefront. According to Orrick, an email from the storefront's management company explained that the landlord who had donated the space for three years "was happy to be able to help in past years, he's unable to do it again this year due to complaints from some of his tenants and also from brokers." Brokers look for more long-term commercial tenants.

This is a blow to gains from the past three winters, said Orrick. "We have some backup possibilities to offer services in other locations ... but we are trying to hold out for a space in the concourse." Over three years, the Hub of Hope saw increases from year to year including a jump from 1,919 visits in 2012 to 6,562 in 2014.

Marsha Cohen, executive director of the Homeless Advocacy Project in Philadelphia, said she's observed businesses be hostile to homeless services for her entire 17-year tenure. "There has been a very concerted effort afoot by the business community to make homelessness invisible," said Cohen, who pointed to the city's promotion as world-class city and as a tourist destination making visible homelessness even more unappealing.

But Cohen has said that the city has made moves to bring more people into services and work with service providers. This winter, the Office of Supportive Housing has added 445 winter beds in a combination of shelters, including 75 beds at a temporary overnight cafe at the Broad Street Ministry at 315 South Broad St., run by Horizon House. Overall, the number of beds at shelters remain at capacity year-round.

But, the Hub of Hope, slated to open Monday, remains in limbo. The Arch Street Methodist Church is providing additional shelter services, said Orrick, whether the Hub finds a storefront in the concourse.

In Philadelphia, about 5,500 people experiencing homelessness get services each year.