Former Philadelphia Police Commissioner Charles Ramsey, who oversaw the department from 2008 through 2015, said law enforcement needs to identify and prosecute those responsible for most of the deadliest violence. There have been a record number of murders in 2021

Charles Ramsey, the former top cop in Philadelphia who oversaw a steep decline in murders during his eight-year tenure, said his deputies made a point of identifying and then going after those people responsible for much of the gun violence.

That's the most effective way, he said, to stem the rise in shootings and homicides, which in the last two years have risen to the highest levels in Philadelphia's long history.

"Who are these people out here committing violent crime? I don't believe in hot spots. I believe in hot people. And who are they?" Ramsey told NBC10 in an interview following a speech he gave at the Urban League in Center City on Wednesday. "And once you know who they are, you build a case and get them off the streets. And they have to be taken off the street."

He said that takes a concerted and cooperative effort by Philadelphia's top elected officials and prosecutors.

"It starts with elected officials and other agency heads, everyone coming together and having a real conversation, and stop the finger-pointing," Ramsey said.

His advice comes two days after District Attorney Larry Krasner said in his weekly crime briefing that Philadelphia is not in the midst of a crime crisis, but rather a gun crime crisis.

Krasner's remarks drew criticism from some community leaders including former Mayor Michael Nutter, who hired Ramsey in 2008 when he became mayor. Nutter and Ramsey served together all eight years of Nutter's two terms and ushered in a new era of low yearly homicide totals.

Gun-related crimes are up in 2021, but overall violent crime is down more than 3% year-over-year, according to Philadelphia police statistics through Dec. 6. Property crime is up by 5.5%, the statistics show. 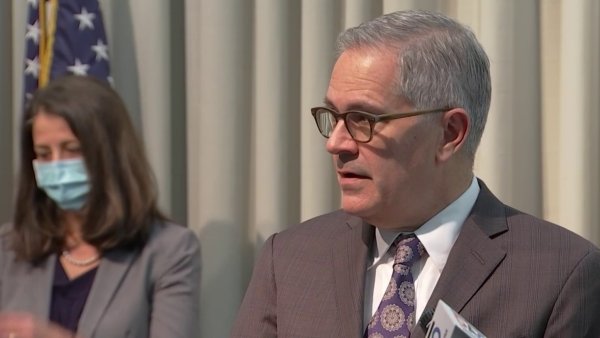 Ramsey, who still lives in Philadelphia, said the police department was successful in lowering the murder rate during his tenure because they identified the people carrying guns illegally and then working with the District Attorney's office to put those people in jail.

"They get caught with illegal guns or whatever, they need to be in jail. You know, this cuddling or letting them out early or home detention, that stuff does not work with a certain group of people," he said. "Know who that group is and they need to be incarcerated."