The driver arrested in a deadly hit-and-run accident, had been drinking before the accident, friends told police

Friends say Charles Horrocks was "intoxicated" on the night of February 19th, and told them he "hit someone," according to a police affidavit.

Horrocks, 23, was arrested Monday in the hit-and-run death of Eric Beck, 36, of Levittown.

Sean Carey and Brian Dolo told Bristol Township police they were drinking with Horrocks that night, according to the police affidavit.

The two friends say they were with a group of people at Stadium Bar, and they decided to leave and head over to DaBar, which is a few minutes away. They told police in the affidavit, Horrocks took 45 minutes to get there, even though DaBar was only a few minutes away.

Carey says when he asked Horrocks what took him so long to get there, Horrocks replied he "hit someone," and his car was "pretty messed up."

The next morning, the friend says Horrocks asked him to help move the car into a storage unit at Planet Self on Tyburn Road in Morrisville. 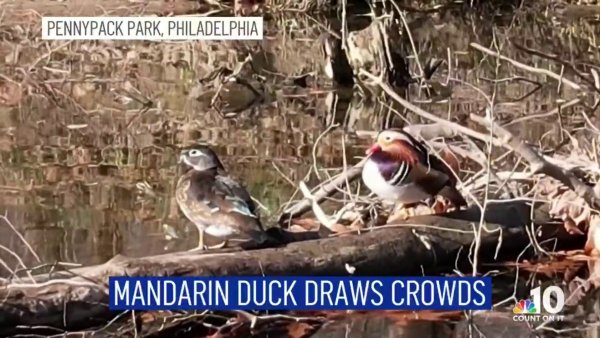 The Lineup 27 mins ago

After hearing media reports about the deadly hit-and-run, Carey told authorities he questioned Horrocks about what he hit, and Horrocks said "a person." When Carey asked him if he stopped, Horrocks allegedly responded "No, I kept going."

Carey says when he informed Horrocks he had killed someone, Horrocks responded, "Oh, did I really?" and showed no remorse, according to the police affidavit.

Horrocks told his friend the car wasn't registered to him yet since he bought if off Craigslist, Carey told police.

Carey and a second friend Brian Dolo decided they would go together to Bristol Township police to share the information they knew about the accident.

Horrocks was driving with a suspended license, according to court documents. Here is a link to the official affidavit.