There is a tornado watch until 11pm with the possibility of wind gusts over 50mph. NBC10 First Alert Weather chief meteorologist Glenn “Hurricane” Schwartz has the timeline as well as your full 7-day forecast.

Get latest on storm by clicking here

Severe thunderstorms with lightning, heavy rain, hail and wind gusts near 60 mph moved through our region Wednesday, leaving behind a path of destruction, power outages and road closures throughout the area. 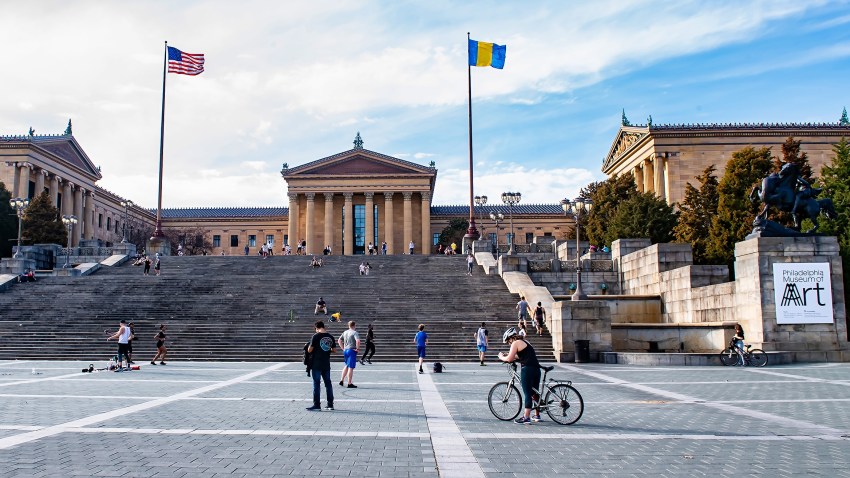 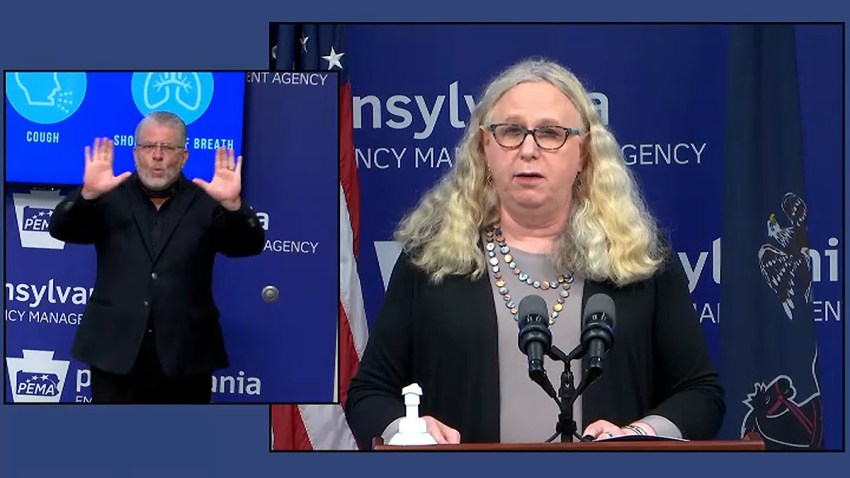 Pa. School Districts Now Have ‘Community Spread' Rating to Weigh How to Reopen

A Flash Flood Warning was in effect for Northampton, Lehigh, Monroe and northwestern Bucks counties until 2 a.m. Thursday. Flooding occurred on streets and creeks in those areas.

A Flash Flood Advisory was also in effect for almost the entire area until 12:45 a.m. Thursday.

A Tornado Warning was also in effect for Lancaster County, which saw some of the most severe storm damage.

The severe thunderstorms moved into the region around 6 p.m. Wednesday bringing 60 mph wind gusts, lightning, hail and heavy rain. At one point the storm was moving through the northeast at 100 mph.

"That is extremely fast for an isolated storm," said NBC10 First Alert Weather meteorologist Sheena Parveen. "We typically don't see it that fast but we are dealing with a very unstable weather pattern."

Lancaster County was hit especially hard. The storm caused a barn to collapse in Salisbury Township. Wires fell on roads and destructive winds blew debris hundreds of yards into fencing and trees. Fire crews responded to calls for building collapses, downed power lines, downed trees and street flooding. Families in the town told NBC10 they took cover in their basement and were shocked when they stepped back outside to see the massive destruction.

"It's pretty bad," said Caroline Huiard. "There's a lot of damage around and in the area. It's sad because it's our neighborhood. We didn't think it would be this bad. Honestly we didn't."

Despite all the damage, no injuries were reported. While there was a Tornado Warning for the area, officials have not yet determined whether or not a tornado actually touched down.

Philadelphia was hit hard by rain and heavy wind gusts as well. The winds blew over a sign at a Burger King on Rising Sun Avenue and Van Kirk Street in Lawncrest. They also caused a tree to fall onto a car in the Mount Airy section of the city.

Wednesday’s storms caused significant damage in Philadelphia and Montgomery County. NBC10’s Randy Gyllenhaal takes a look at the damage, including a home that was struck by a fallen tree.

I-76 eastbound is also closed between the Girard and Montgomery Drive exits due to flooding on the road. Part of Lincoln Drive was also closed late Wednesday.

The storms also caused power outages in parts of Abington Township, where many roads were flooded and blocked to traffic. In Cheltenham Township a large tree collapsed on the roof of a home. Fortunately no one inside was injured. Rescue crews told NBC10 they've had a busy night and expect conditions to get worse in the area.

In Pottstown four people were trapped inside a car that was stuck in knee-deep water at the intersection of High and Manatawny streets. The driver, Leonardo Rosario, told NBC10 his engine died out and stalled while his 1-year-old daughter was inside the car.

"I was pretty nervous for my daughter," Rosario said. "She was upset and crying and whatnot. I mean any parent would be so I had to call the ambulance and try to make moves before anything else could've happened."

Help eventually arrived and Rosario's vehicle was towed away.

Another Salisbury Township, this one in Lehigh County, also dealt with severe damage from Wednesday's storm. The basement of a home on the 1600 block of Broadway was flooded with about three feet of water. Drivers were also stuck inside their cars in a foot and a half of water at 33rd and Lehigh streets. Fortunately responding rescue crews were able to get them out.

Flooding led to trapped drivers and water rescues throughout the region, especially in Lehigh County.

The storms also caused flooding, damage and power outages in South Jersey. In Vineland a tree crashed through the ceiling of the All Kids First Daycare on the 1300 block of Stewart Street. The tree fell through the ceiling and into a baby room that held four cribs. Fortunately no children were inside at the time.

"Thank God no employees and no babies were injured," said Carol Deola, the owner of the daycare. "We're really happy."

Not far away from the daycare, heavy winds caused power lines to droop over Magnolia Road. In neighboring Millville, orange cones marked where a tree snapped and toppled a power line on Mays Landing Road.

Wednesday’s storms left plenty of damage in South Jersey. In Vineland, a tree crashed into a daycare in Vineland, NJ. Fortunately no one was hurt. NBC10’s Aundrea Cline-Thomas spoke to the Daycare’s owner about the close call.

Weather conditions are changing and some people are worried about the high winds and rain expected to hit our region. NBC10’s Deanna Durante has the latest from Chester County.
Wednesday’s powerful storms led to power outages and flight delays throughout the region.

We could see some light showers Thursday morning and temperatures around 50 degrees. We'll see more strong winds during the day with gusts near 40 mph. Friday will be sunny but chilly with a high of 40. Saturday will be chilly as well with a high of 43. Temperatures will finally rise again Sunday with highs near 60 degrees.

Stay with NBC10 for the latest updates on the storm.

Just lost the tree in our front yard, in Yardley

86 west in the dark atleast we have candle lighting !!! The whole block has a power outage